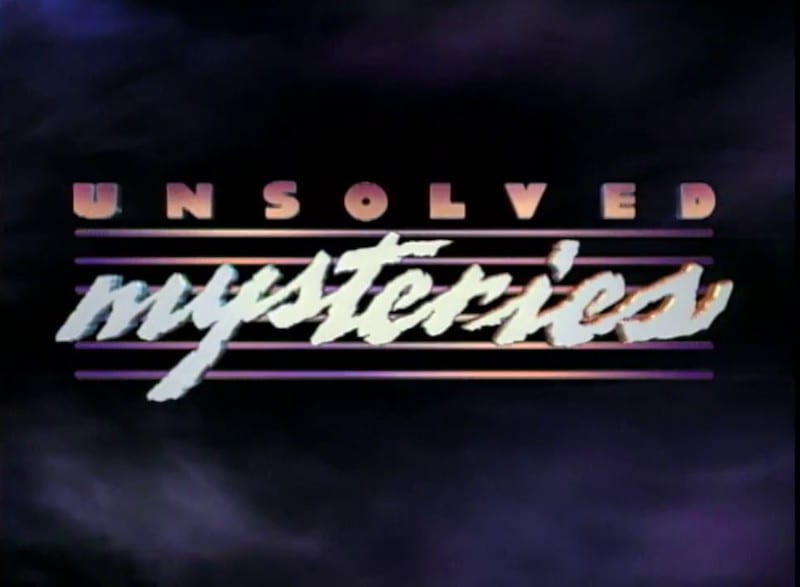 One of the greatest true crime and paranormal investigation docuseries of all time is getting a reboot on Netflix. The streaming service will be creating a new version of the classic television series Unsolved Mysteries. The series is being revived by the original show’s creators, Cosgrove/Meurer Productions, and is kicking things up a notch by enlisting Strangers Things executive producer Shawn Levy and 21 Laps.

This new version of Unsolved Mysteries will be a modern take on the classic series. According to the press release from Netflix, the new version will, “maintain the chilling feeling viewers loved about the original, while also telling the stories through the lens of a premium Netflix documentary series. Each episode will focus on one mystery and once again will look to viewers to help aid investigators in closing the book on long outstanding cases.”

Both Terry Dunn Meurer and John Cosgrove, the original series’ creators, are returning once more. Meurer will be the showrunner with Cosgrove executive producing. Levy is also executive producing along with Josh Barry from 21 Laps. The new Unsolved Mysteries will contain 12 captivating episodes.

The original Unsolved Mysteries was a truly ground-breaking series when it premiered back in 1987. The show ran for an impressive 11 seasons and totaled 260 episodes. The original series explored over 1000 of the most intriguing and mysterious unsolved cases in the world and received six Emmy nominations during its run.

At this time, there is no announcement regarding a release date.

What do you think about Netflix rebooting the classic docuseries Unsolved Mysteries? Were you a fan of the original series? Let us know your thoughts in the comment section below.