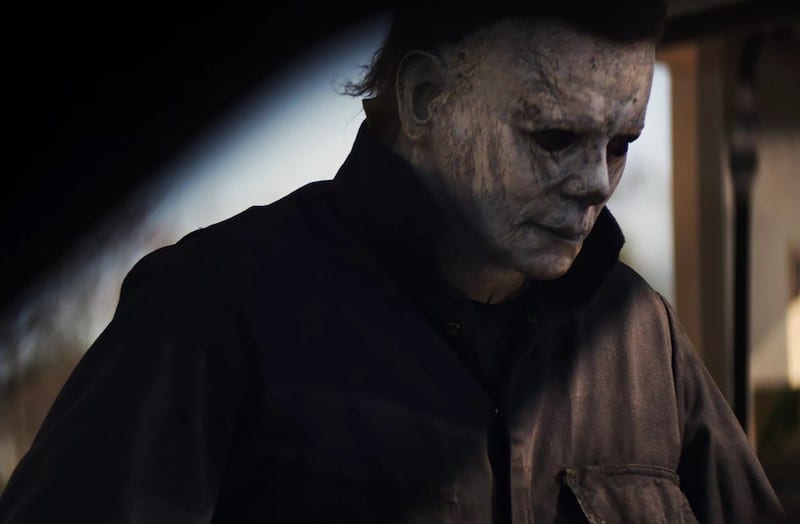 The official film description reads, “Forty years after the events of 1978’s Halloween, Laurie Strode now lives in a heavily guarded home on the edge of Haddonfield, where she’s spent decades preparing for Michael’s potential return. After being locked up in an institution, Myers manages to escape when a bus transfer goes terribly wrong, leading to chaos in the same town he preyed on decades earlier. Laurie now faces a terrifying showdown when the deranged killer returns for her and her family – but this time, she’s ready for him.”

We recently had the immense honor of speaking with Castle about the film’s release and what it was like putting that mask on once more after all these years.

Denise Caputo: The new film is currently out on digital, Blu-ray and DVD. Fans of the original film, even 40 years later loved this movie, so congratulations on all the success. Before we get into talking about the new film, your role as Mike Myers in the 1978 original was so legendary and iconic in the horror genre. Tell me a little bit about how you landed that role and what it was like working on the original film?

Nick Castle: I landed the role by being a friend of John Carpenter. (laughs) We went to film school together at the University of Southern California. I worked on his first feature that started as a short, called Dark Star. We kept in touch all along, and when he was mounting the movie, one of the locations was right near my house. So, I went down to say hi and asked if it was okay if I hung around the set.

He said, “Yeah. Here. We’re going to have a killer under a mask. Why don’t you put the mask on and we’ll need you the whole time? You’ll get some money, too.”

DC: Did you realize at the time how iconic that role would be and what the franchise would become?

NC: Oh, no, absolutely not. No one did, I don’t think. I was just hoping that John could get the next movie out in case it was an embarrassment. Who knows? You don’t know when you’re shooting a movie. You never know until it’s all put together. In fact, when I talked to Tommy Wallace, who was one of the editors on the picture with John, he said, “We looked at the movie first cut and went, ‘I think it’s good.’ Then John put the score on it and oh my God, it works.”

Even first round of when the original Halloween was released, it wasn’t like it got great reviews or anything. I think it wasn’t until Roger Ebert noted that it looked like a filmmaker was behind the thing, that people started taking a second look at it.

DC: Right. Now, fast-forward and forty years later to 2018, look at what the whole thing has become. In the newest movie, I know you split the role of Michael Myers (aka. The Shape) with James Jude Courtney. Explain a little bit about how that worked and how you ended up returning for this iconic role once more?

NC: First of all, it has to be made clear if it hasn’t been already that James does everything except for one scene. I’m the scene when Laurie first sees The Shape in the flesh up in the window. That’s my reflection there. That’s me. We thought that would be fun to have a cameo version of that.

There was a discussion about how much I would do in the film. I talked to David [Gordon Green] early on about reprieving the role. I thought it’s probably something I wouldn’t want to try to tackle, nor do I think the filmmakers want to deal with a 70-year-old getting chairs thrown at him. It’d be better if I helped the film in a way that was honoring the original one. I think it was more important for the fans that the movie was done well.

He was gracious enough to send the script and said, “Here are some of my notes,” and stuff like that. So, I got to participate in it that way, but really James is the one that does all the heavy lifting. He not only comes from an acting background, but from a stunt background too, and this thing was a pretty brutal movie in terms of the physicality of it. So, thank God I didn’t say yeah I could do it!

DC: It was brutal! The character of Michael, he’s so menacing, and so blindly determined. It really makes the character seem real and terrifyingly creepy. What did you think about when you were behind that mask chasing down those victims?

NC: I’ve mentioned earlier when you’re in a mask, and you don’t say anything, so it’s easier for the director to say, “move slower, turn right, tilt your head, etc.” There’s a lot of stuff appearing in terms of John’s ability to use me as kind of his extension of what he wanted to see, what he wanted to do, and when he wanted me to jump out.

DC: Do you have a favorite kill scene or a favorite scene in general from the Halloween franchise?

NC: Oh, there are some good ones there! I would say it’s a tie between killing the guy up in the kitchen and then admiring my work. I’ve been noting that fans really love that. Then, doing the kill with the telephone cord; I thought that was pretty clever.

DC: Those are really iconic scenes! Speaking of icons, it would be a totally wasted opportunity not to ask you about working with Jamie Lee Curtis and John Carpenter. What was it like working with them?

NC: Well, As I said earlier, John’s an old pal. So, it’s kind of like working with a buddy. It was just a hoot, we had a great time, and we’re still great friends.

With Jamie, I’d seen her once in ’78, now in 2018 and maybe four or five times during the course of my lifetime. She just remains the same sweet, lovely person that she’s always been. As a young person, I think the comfort for John was that she was just such a professional right off the bat and continues to be. She’s really serious about her work. You can see that she takes it seriously and wants to make a great performance.

There were none of the problems that you might expect with a person coming from such motion picture royalty. She is what she is. She’s a very strong woman and always has been. Has a great vulnerable side and a comedic side which is shown briefly in this movie from time to time. I think David made good use of her character and Jamie did a wonderful job with pulling it off.

DC: Awesome! For fans who haven’t seen the movie yet, what do you think they’ll enjoy the most from the home release?

NC: I think they’ll be happy that filmmakers were true to the original movie, and to the style of the movie in a certain way. They respected, and tipped their hat to the franchise in general because there are a lot of Easter eggs for fans to enjoy.

I just got the DVD in anticipation of these interviews, and there are some very good behind-the-scenes features and extended scenes that weren’t in the movie, so that should be a ton of fun for film fans. You’ll get a sense of Jamie’s interest and John’s interviewed quite a bit in the special edition, and they explain their reasons for doing things. There’s a really great featurette, by the way, on the music with John’s son and his stepson. There are a lot of good things to look forward to on the home release.

DC: The behind-the-scenes and bonus features are incredible from this film. I totally agree. I have one more question for you. Is there anything else you’d like to say to the fans of the Halloween franchise or any upcoming projects you can share?

NC: Well, I am not in the film business anymore. I’m retired, but I’m always happy to come back for the 12th, 13th, and 14th sequel after this movie just to reprise my cameo performance perhaps!

Also, just to the fans, I do happily get to see and meet a lot of people at these conventions, so come up and say hi when I’m available and have the chance to get out there and meet people. I still appreciate every one of them. I really do enjoy meeting them.

The home release of Halloween comes with a plethora of bonus features including deleted and extended scenes,  a “making of” featurette, and more which you can check out HERE! The film is currently available on digital, Blu-ray, DVD and 4K Ultra HD! Make sure you pick up your copy today! 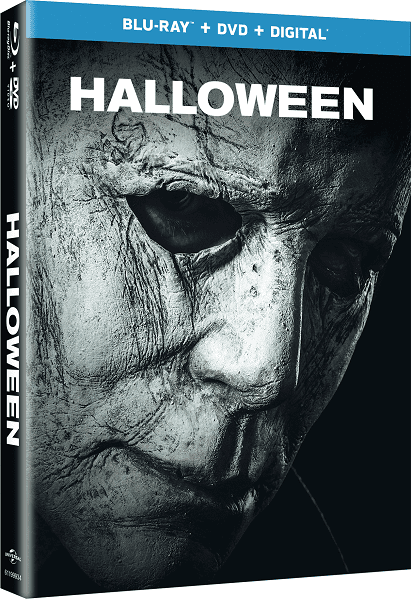