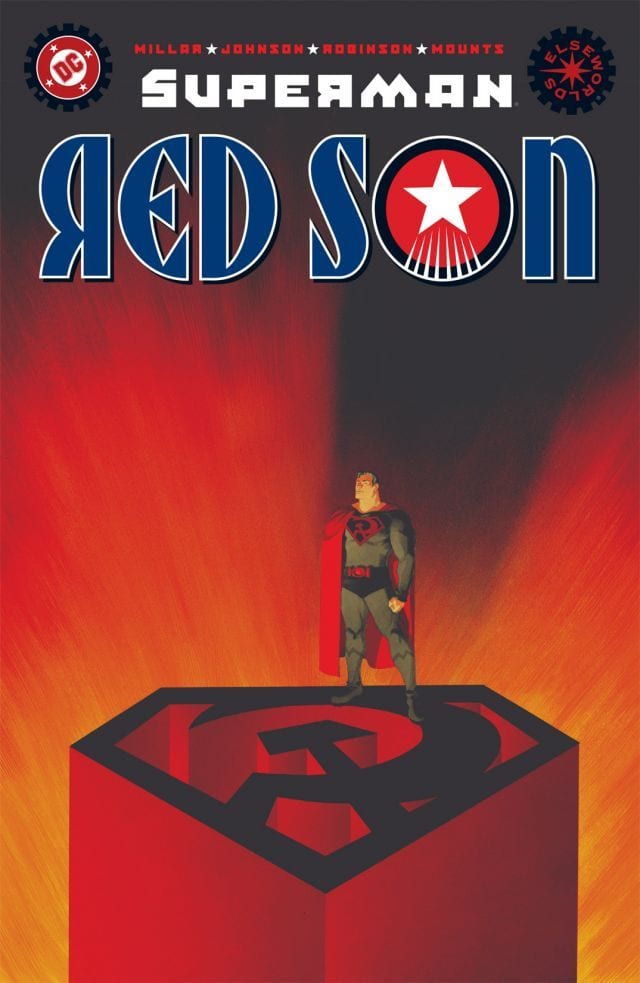 Superman: Red Son, a three issue prestige format mini-series originally penned by Mark Millar, with art by Dave Johnson and Killian Plunkett, and published under DC Comics’ “Elseworlds” imprint in 2003, is reportedly the next film to be adapted by Warner Brothers Animation.  “Elseworlds” was a series of self-contained stories that placed familiar characters into unfamiliar roles, which gave the reader a chance to re-examine the characters that they love. Red Son was well-received by fans and critics alike, and asks the question: what if the ship carrying baby Kal-El had landed on a collective in the Soviet Union rather than in Smallville, Kansas?

The official synopsis of Red Son:

Imagine a reality where the world’s most powerful super-being does not grow up in Smallville, Kansas – or even America, for that matter…

SUPERMAN: RED SON is a vivid tale of Cold War paranoia, that reveals how the ship carrying the infant who would later be known as Superman lands in the midst of the 1950s Soviet Union.  Raised on a collective, the infant grows up and becomes a symbol to the Soviet people, and the world changes drastically from what we know – bringing Superman into conflict with Batman, Lex Luthor and many others.

Originally conceived by Millar at age 13, he has stated that it was one of the first things he pitched to DC Comics as a teenager.  Back then, the story was just a kernel, but by 1992 he had the framework of the story in place.  It was to deal with an alternate universe, one in which vastly different versions of all your favorite DC Universe characters exist, from President Lex Luthor to the Batmen of the Soviet Union.

Some of the cast has been revealed, including Amy Acker, Anna Vocino, Diedrich Bader, Jim Ward and Jason Isaacs.  Not much else is known about the production at this time, but we will be sure to update our reader as new details come to light.