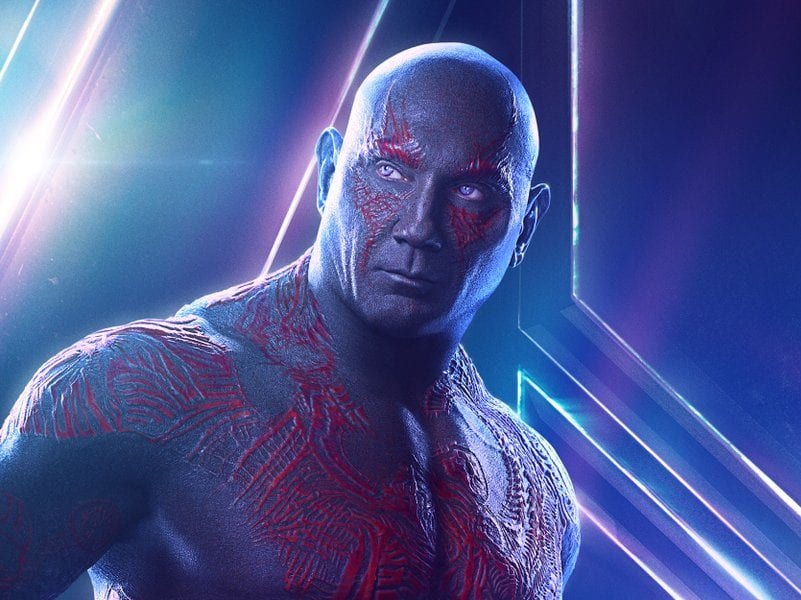 Guardians of the Galaxy star Dave Bautista has found his next gig.

Bautista will be joining Timothée Chalamet (Beautiful Boy) and Rebecca Ferguson (The Greatest Showman) in Legendary’s upcoming film Dune. Bautista’s involvement in this film reunites him with director Denis Villeneuve. The two worked together on 2017’s Blade Runner 2049 and are now reteaming on Dune. For now, his role is being kept tightly under wraps, however, Bautista himself confirmed the news via Twitter sharing Deadline‘s exclusive report with a simple caption, “#DreamChaser.”

The film is based on the epic 1965 novels written by Frank Herbert. Chalamet will play the lead role of Paul Atreides, a young nobleman whom the story revolves around. Deadline describes the storyline as, “set in the far future involving worlds beyond Earth, ruled over by competing, feudal families who control access to a drug called Melange. Known popularly as “spice,” the drug gives its users heightened consciousness and an extended lifespan at the cost of crippling addiction and fatal withdrawal. Spice, use of which makes interstellar travel possible, is found only on the desert planet of Arrakis — aka “Dune” — and as such is the most valuable commodity in the galaxy.”

Dune was first released as a film in 1984 and starred Twin Peaks star Kyle MacLachlan in the main role and was directed by David Lynch.

There’s no word yet on a project release date for the film.

What do you think about Dave Bautista teaming up again with Blade Runner 2049 director Denis Villeneuve for Dune? Are you excited to see a remake of the 1984 film? Let us know your thoughts in the comment section below.