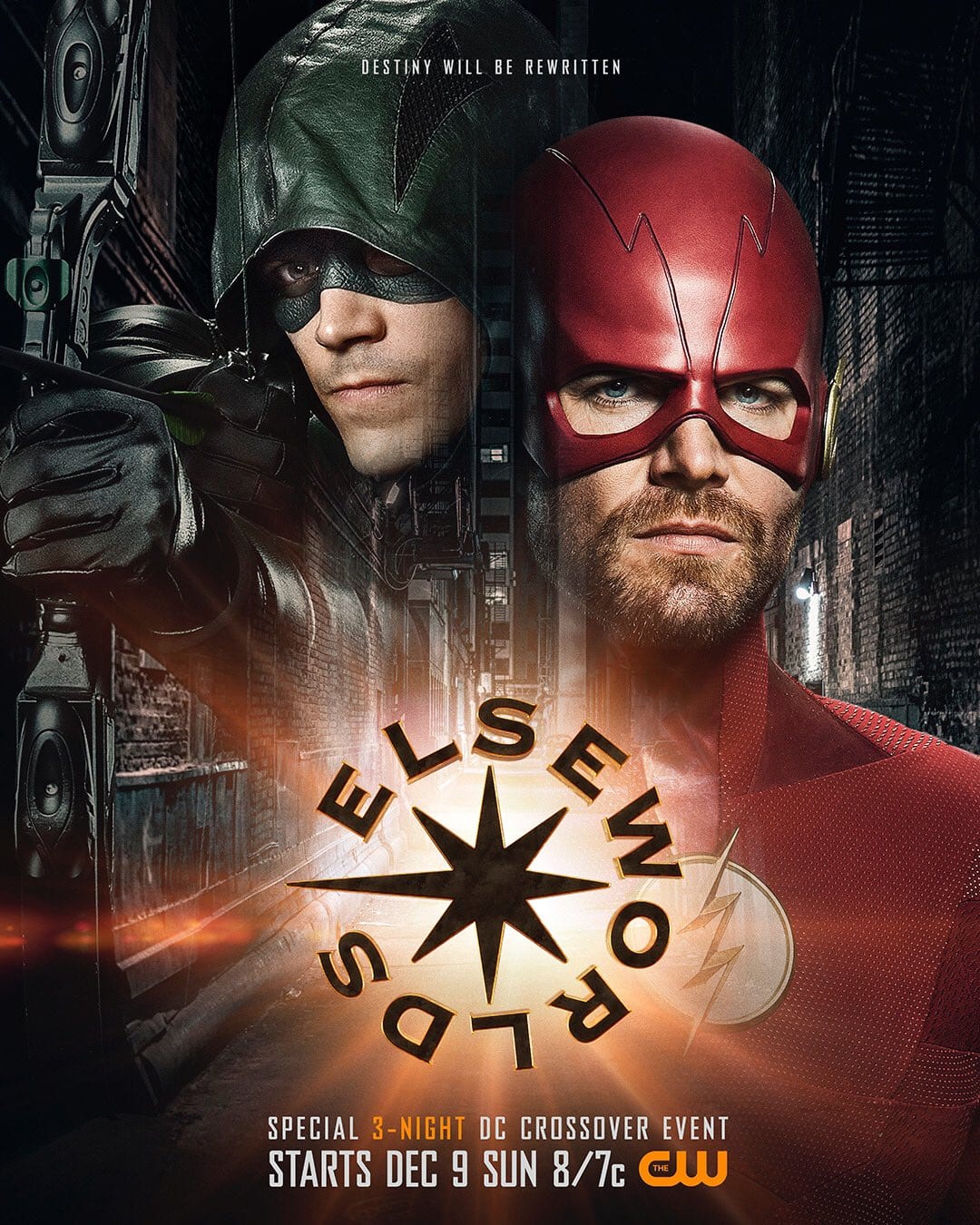 Since October, Arrow star Stephen Amell has been sharing behind-the-scenes images of him in The Flash suit usually worn by Grant Gustin. He’s getting ready for the big crossover event called Elseworlds that will begin next month.

So we know the two will be swapping suits, and that we will also be meeting Ruby Rose as Batwoman for the first time, so perhaps she’s shaking things up. We also know from a recent promo that the heroes will be in Gotham City’ Arkham Asylum. The synopsis states that John Deegan rewrites reality in the crossover, which also contributes to things going topsy turvy.

“You’re not going to see me playing Oliver Queen’s mannerisms, or Stephen [Amell] playing Barry’s mannerisms. It’s more being aware that for some reason we’ve switched lives and destinies.”

He says it’s more of a situational comedy instead of a total role reversal. So we’re automatically thinking: Freaky Friday.

Oliver Queen with have to get the hang of the Speed Force and Barry will get in on the hand-to-hand combat that is usually seen on Arrow.

Thi syear, The Legends of Tomorrow won’t be involved in the crossover and unlike last year, the episodes will each stand alone and not be strung together.

This year’s Arrowverse crossover event stars casts of Supergirl, Arrow, and The Flash. The event happens over three nights, starting with The Flash on Sunday December 9 at 8 p.m. ET. It continues Monday, December 10, with Arrow and ends on Tuesday, December 11, with Supergirl.