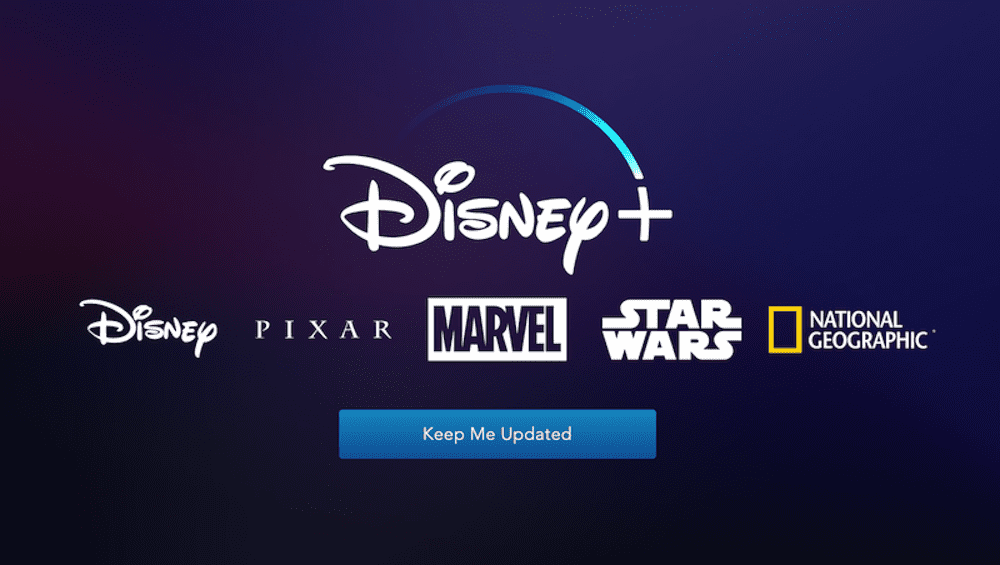 Disney’s long-awaited streaming service has been in development for what seems like forever, but today, the studio unveiled a first glimpse at the new platform.

On Thursday, Disney Chairman and CEO Bob Iger revealed the official name of the platform as Disney+. He also kicked off the launch of a placeholder website which currently teases content from Disney, Pixar, Marvel, Star Wars and National Geographic. On the site, right now all you can do is sign up to stay in the loop. Basically, Disney is collecting emails of those who may be interested in subscribing, but the site is a sure sign that more information regarding its content will be available in the very near future.

So far, we know that Disney+ has some serious plans in place for bringing exclusive content to life for its subscribers. According to Iger, subscribers will gain “unprecedented access” to films and tv shows under the Disney umbrella.

In addition to the already classic films and shows, it was recently reported that Marvel and Disney would be creating multiple limited series for the upcoming streaming platform centered around the Marvel Cinematic Universe characters who haven’t yet had their chance to shine in a solo film. It has been reported that the characters of Loki, Scarlet Witch, Falcon and Winter Soldier will be getting their own limited run. Just today, Disney confirmed that Loki (played by Tom Hiddleston) would be featured in an upcoming limited series on Disney+.

Additionally, we also know that Jon Favreau is creating a new live-action series for the platform. Also confirmed today, Diego Luna will be reprising his role in the Star Wars universe for a Rogue One prequel set to run on the new platform as well.

Clearly, there are big plans ahead for Disney+, and we can’t wait to see more details about the new platform!

What do you think of Disney’s streaming service’s name and it’s rumored content so far? Are you interested in subscribing to Disney+? Let us know what you think in the comment section below.