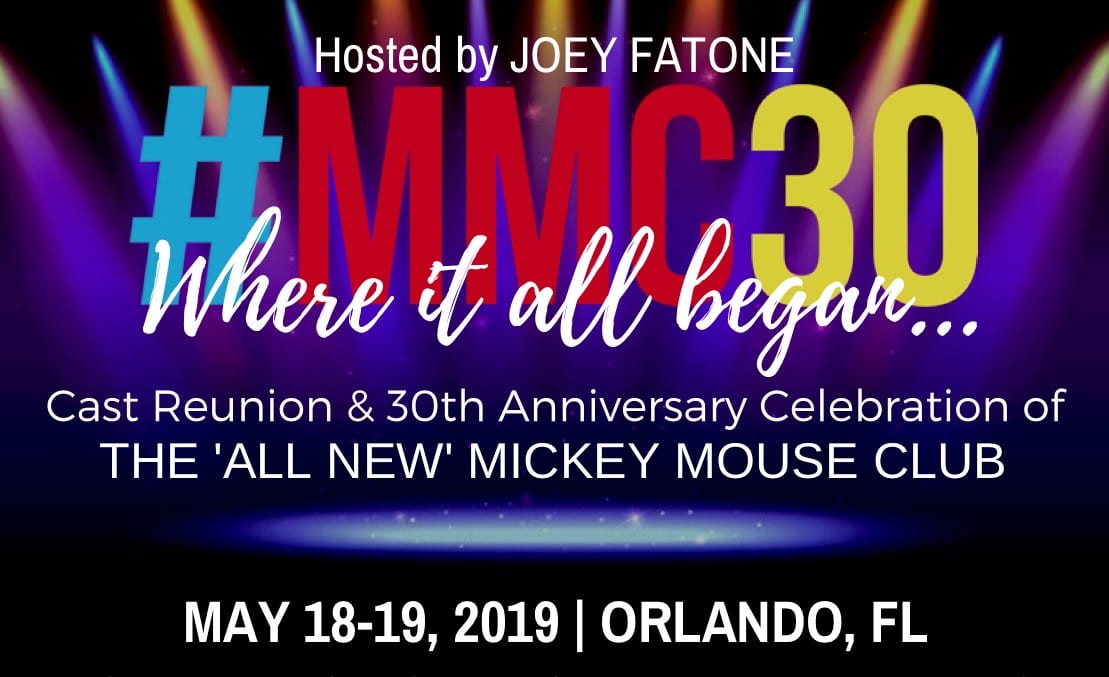 Spring 2019 marks the 30th anniversary of The ‘All New’ Mickey Mouse Club‘s pilot episode and former Mousketeers Chasen Hampton and Dale Godboldo are reuniting their fellow castmates from seasons 1-7 for a celebration which fans won’t want to miss.

Hosted by NSYNC’s Joey Fatone (a childhood friend of the Mouseketeers), #MMC30 will take place May 18-19, 2019 at the Hyatt Regency Orlando during the weekend of MEGACON Orlando. During this historic event, two dozen former Mouseketeers are scheduled to attend! Fans in attendance will be treated to a fun and interactive cast reunion panel and fan Q&A featuring some of your favorite Mouseketeers as well as a very special performance of Lindsey Alley’s Blood, Sweat, and Mouseketears, which you won’t want to miss.

After #MMC30, the 21+ crowd can enjoy an epic afterparty filled with music, dancing, nostalgia and more!

Tickets for The 30th Anniversary Celebration & Reunion of The ‘All New’ Mickey Mouse Club will be going on sale Monday, November 5th. Proceeds from the event will benefit Orlando-based non-profit efforts as well as the Always in the Club Foundation.

Tickets on sale November 5, 2018, at www.MickeyMouseClubReunion.com

The All New Mickey Mouse Club first aired in 1989 and helped launched the careers of several current superstars including Britney Spears, Ryan Gosling, Justin Timberlake, Keri Russell, JC Chasez, and Christina Aguilera just to name a few. For the latest info, make sure you follow @AlwaysInTheClub on social media and use the hashtags #MMC30 and #AlwaysInTheClub. 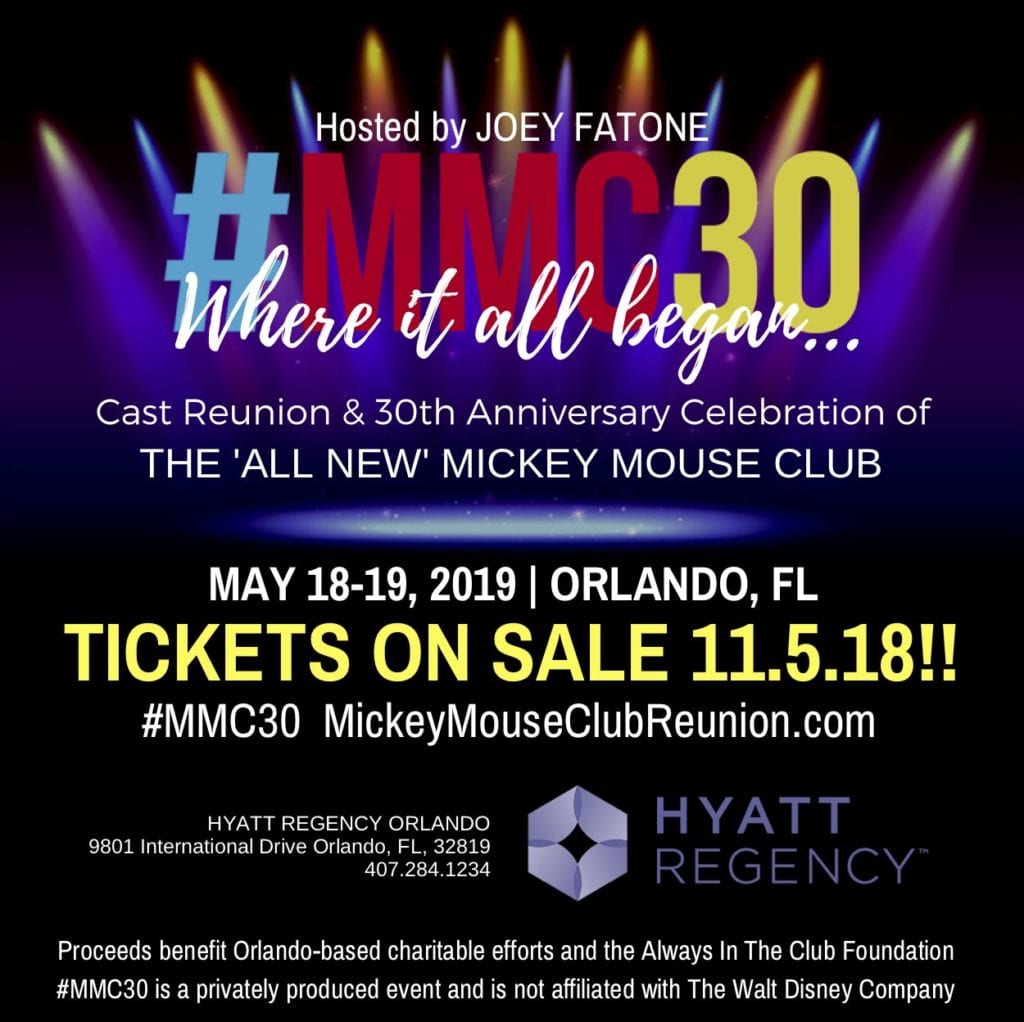