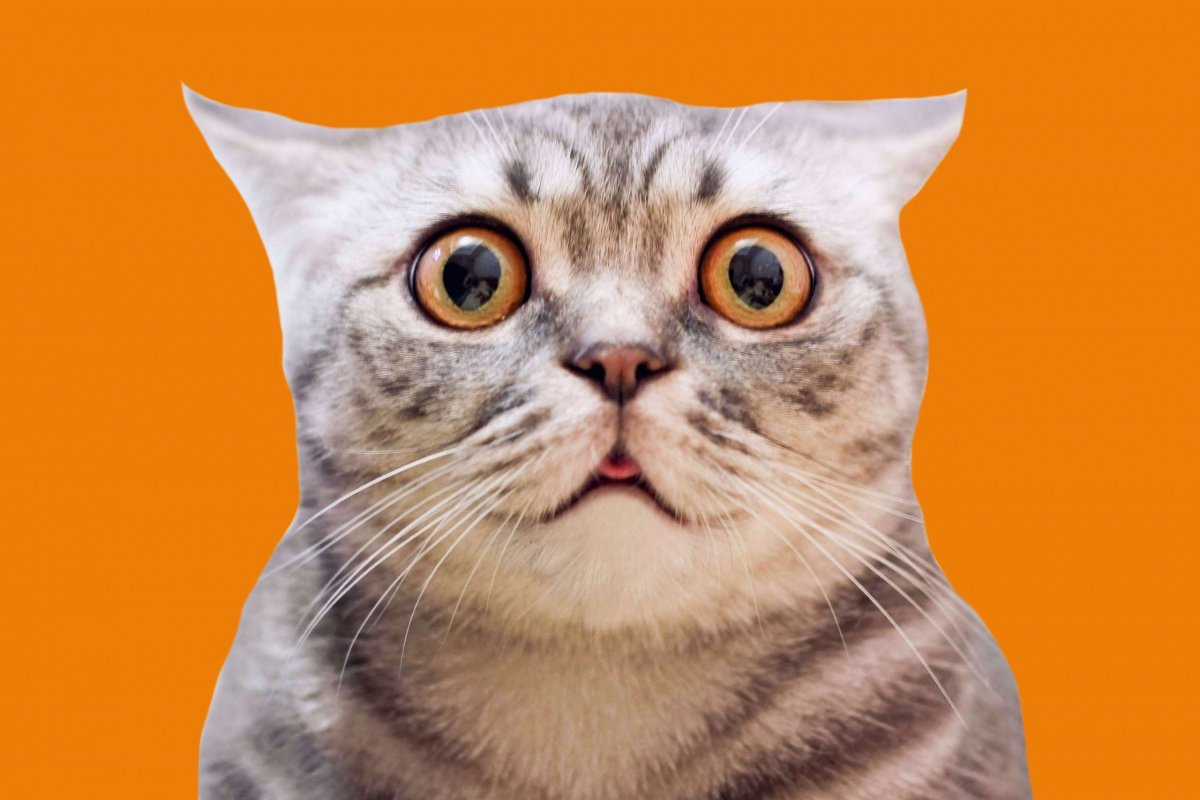 I  knew I was a scaredy-cat after I saw my first horror film in theaters, When A Stranger Calls. I was surrounded by a group of high school buddies, (granted some of them were being couple-y) but that made no difference.

It’s a phenomenon that doesn’t discriminate. It doesn’t care if you’re a small, impressionable child or a 45 year old grown man. Anybody can be a scaredy-cat.

The truth is, I’m a scaredy-cat, too. The first season of The Walking Dead gave me nightmares.

Halloween season is upon us, and I’ve had Hocus Pocus on my TV whenever it’s on. I’d rank Hocus Pocus about a 1.5 on the Scaredy Scale. The idea of the witches sucking the life out of children and one silly zombie are really the only things that I can think of that make it remotely alarming. It’s also full of nostalgia, making it the least of our problems during Halloween season.

The worst part about being a scaredy-cat, is that usually, you love the idea of horror films, haunted houses and ghost hunting. It’s so intriguing, but for us it’s off-limits. It’s a forbidden love, and we always try to push the limits and watch just one minute of Chucky when it’s on. It won’t be bad-it’s just until the commercial break.

Then you find yourself imagining Chucky at the foot of your bed with an electric drill.

If you feel like your scaredy-cat-ness is holding you back from the Halloween fun, it’s time to smash the fears. We will no longer be held back by the thought of waking up at 3 AM, staring at the shadow of our lamp-wondering if it really just moved.

The first step to getting over fears is admitting to yourself. The shadow did not move.

That brings me to the first and foremost qualm of the scaredy-cat: living alone.

Living alone comes with many joys. You don’t have to deal with roommates, you can leave clothes wherever you want until you’re ready to clean. You can run around in onesies all night if you please. These joys can all be completely erased, once you’ve felt fear.

All it takes is for some internet scrolling. You click on the haunted article because you love the idea of scary stuff, but shy away from it to save you from yourself. You glue your eyes to the screen as the ghost hunters catch the ghost on film. You hear it’s demon ghost voice on the recording. You’ve seen it, you’ve heard it, and now you’re dreading nightfall. There is no one to protect you from the noise you might have just heard from your closet, no second opinion.

Here are some helpful hints for all the scaredy-cats who live alone:

Always have a clip on hand that you can watch to cleanse your pallet. This is a tried and true trick that I swear by.

Back in middle school, I went to a sleepover with about 3 other girls around Halloween time. What did they choose to watch? The Blair Witch Project. If you’re unfamiliar, it’s the big leagues of horror movies. It’s psychological. It seems real. I actually don’t think people know to this day if the documentation they got was even fake. (The film came out in 1999.)

I went into watching the film with the mindset, “Well, I guess this means no sleep for the next 2 months.” (True story. After watching Paranormal Activity probably a few years prior, I couldn’t physically be in a room alone at night for almost 3 months. The Grudge also effected me in a similar way.)

After we finished Blair Witch Project, we were all scared out of our wits. We decided to throw on Bring It On before we actually went to bed, hoping it would help. When that was over, we needed one more, so we put on Bring It On: All or Nothing. The cheer leading and in-your-face-light-hearted music did the trick. Although I never forgot that film, the initial fear I assumed it would bring went away because of our palette cleanser.

Bring on the nighttime.

So because of my scaredy-cat nature, I don’t usually opt to see horror films in theaters. This year is a special one, though. Halloween is one of the most iconic horror films of all time, and the sequel is out now. I had never seen the first one, until a few nights ago when I caught the second half. The trick, I found, was to watch it during the day.

So, if you’re heading to see Halloween in theaters this week, (because everybody really needs to) maybe go for daylight hours to take the edge off. I’ll test it out and get back to you.

Another must-see for Halloween is a series that just dropped on Netflix is The Haunting of Hill House. It’s getting rave reviews and now’s the time to watch it, but boy is it a slow scary burn. I think this one should also be watched during the day for scaredy-cat, and only in small doses to begin with.

I’ve gotten an anonymous tip that there are some pretty terrifying scenes towards the final episodes, though, so beware.

We don’t have to be left out of outdoor scary fun!

Haunted houses can turn to actual nightmares for a scaredy-cat. I entered the one at Pennhurt Asylum last year, and only made it through one half of its four different paths. I’m not proud of it.

Try to choose something where you are whisked through not on your own feet. Haunted hayrides are perfect for this. You will still get a fright, but you’ll get less of them, and they often won’t be right in your face or grabbing you whispering in your ear. The wagon has to keep moving, right?

If you do end up entering a haunted house on foot (peer pressure is the biggest culprit here), bring a scarf or earmuffs to wrap around your ears. I find that if one of my senses are dulled, it’s a bit easier to handle. You need your eyes to walk, so ears are a good choice to cover. (No judgement people, this is for scaredy-cat only!)

After you’ve stepped outside your comfort zone for some terrors, don’t forget about your tried and true Halloween specials that don’t give you nightmares.

It’s The Great Pumpkin Charlie Brown is always a must-watch. (That one airs Thursday, October 18 at 8pm E.T. and on Friday, October 26th at 8 p.m. ET on ABC!

The Chilling Adventures of Sabrina is also dropping Friday the 19th on Netflix, and that is a must watch for Halloween as well.

And don’t forget the crime documentaries for all you Murderinos out there. Even scaredy-cat can be Murderinos!

Do you have any tips to share to avoid losing sleep over scares this year?