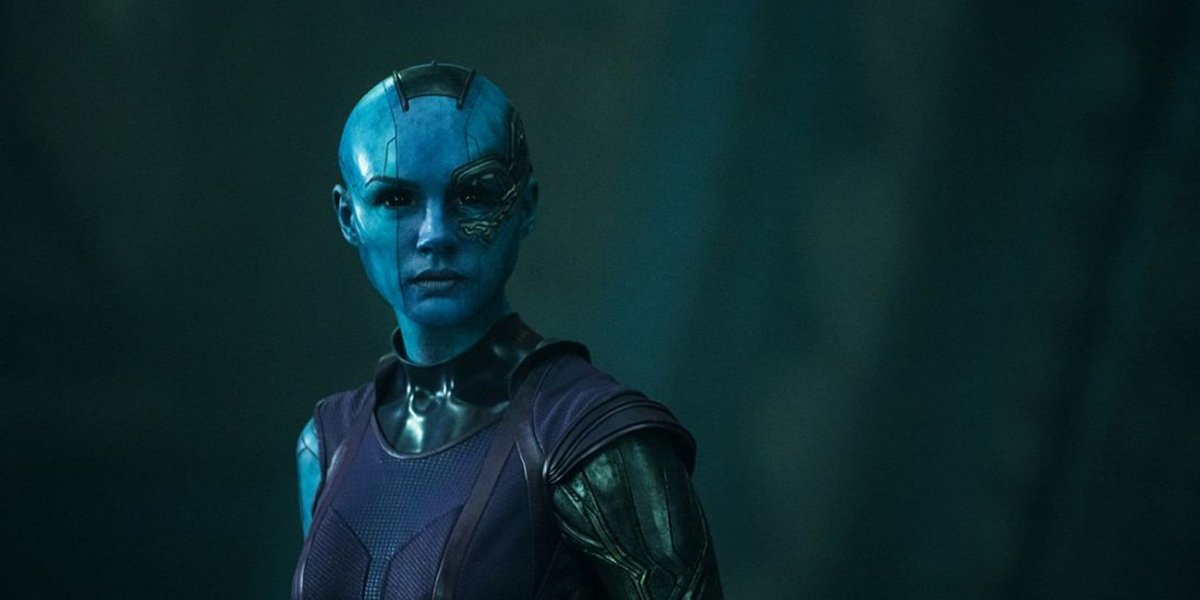 Karen Gillan is known for her roles in Guardians of the Galaxy and Avengers, but she recently admitted that she did not foresee Nebula’s permanence in Marvel Cinematic Universe. She credited writer and director James Gunn for seeing the potential of the former villain’s emotions and tapping into it for the films.

At Fan Expo Canada, Gillian said that when she signed onto the first Guardians, she thought Nebula was going to die.

“I thought when I signed onto the first Guardians that I was going to shoot for eight days and then die. That’s what it was in the script.”

In Guardians of the Galaxy, the blue cyborg serves her adoptive father Thanos and attempts to reclaim the desirable Power Stone. She and her sister Gamora are at intense odds and she often tries to kill her. However, in vol. 2, she grows out of her hatred for her adopted sister and officially becomes a Guardian of the Galaxy.

The growth she experiences plays a considerable role in reconciling with Gamora, and in turn, Gamora reveals the location of the near-impossible to find Soul Stone. By doing this, she saves Nebula from Thanos’ torture in Avengers: Infinity War. This move led to Gamora’s murder, and Nebula was left grieving her lost sister.

“The fact that all of this has happened with the character is astonishing but not, because when I did the screen test for Nebula, it was quite an emotional scene between her and Gamora, which never made it — it was a fake scene, so it wasn’t in the movie. Well, it was an emotional scene, but I started crying during it, and then James Gunn really responded to that, I remember, and then we felt that we’d found this whole other aspect of a character that could have just been bad, you know? It’s funny because that’s kind of where she ended up a little bit. So I think that that was always there within the character, it just hadn’t been tapped into yet. And then, eventually, she found her way there, so I kind of knew she had the opportunity to go there and didn’t think that she would, but the fact that she did made me really happy as an actor.” Gillan told Comicbook.com.

Nebula is one of the central characters to survive the callous Thanos’  snap that annihilated the universe. She will be joining Earth’s heroes to finally get the vengeance she has been waiting for on Thanos avenge Gamora.