Todd Phillips is truly spoiling us with the glances we are getting every other day on his Instagram. We recently got the first photo of Joaquin Phoenix as Arthur Fleck, then we got a camera test where we saw Joaquin Phoenix in his Joker makeup, and then we got a first look at Sophie Dumond, portrayed by Zazie Beetz.

Now, he’s further indulging us with yet another Joaquin Phoenix look. This look makes me more convinced about the theory I mentioned in the first article. Maybe the clown prince of crime started with a second job in the circus. Or his ‘failed comedian career‘ could be translated to that one of a clown in a circus. I’m still thinking the first one as in images that are circulating the internet shows a Joaquin Phoenix squeeze a clowns nose. Take a look below at the post:

Especially with the tagline ‘work‘ shows me I might be right about the way this movie is going to go. Although we don’t know much, it might not be what we said at all.

What do you think this means? Do you think that Arthur Fleck will be a clown in a second job, just before he goes insane after one bad day? Let us know in the comments below.

Joker will hit the theaters next year on October 4, 2019. 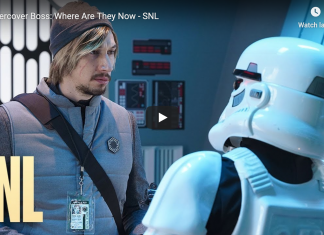