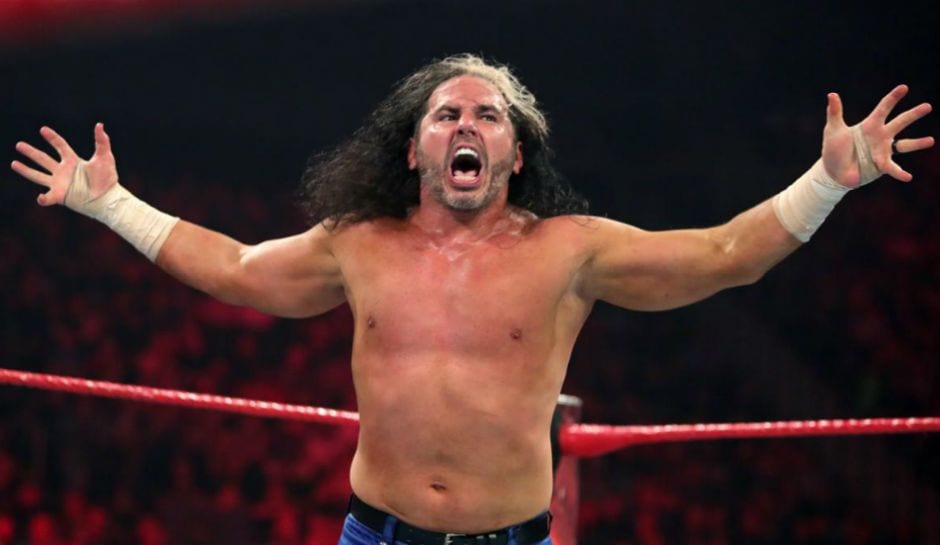 Yesterday evening, WWE Raw wrestler Matt Hardy revealed major news on his Twitter. In a video linked from YouTube,  Matt revealed that he had worked his final booked appearance for WWE.  Rumors have been running rampant about Hardy’s future in the ring since Hardy revealed a month ago that his lower back and Pelvis had begun fusing together, thanks in no small part to the countless leg drops from high places in his 20 plus year career. Tonight, Hardy ended that Speculation:

[EXCLUSIVE VIDEO] It's time for me to go home.. To be a father and a husband. I did so much more than I ever imagined I would do in this industry. Thanks for making this incredible journey with me, ladies and gentlemen. I love you all. https://t.co/xGbm8bKSQD

With this being the wrestling industry however,Matt Hardy was sure to include the old adage of “Never Say Never ” on a eventual return to the ring in his announcement. After all, Shawn Michaels and most recently Daniel Bryan returned years after suffering what was considered career ending injuries. Only time will tell if this is truly the final curtain call for Matt(who looks to be headed for a producer job with WWE), but if this is indeed it, Matt has had one amazing career. From the Hardy Boyz and Mattitude to his most recent adventures in the Broken and Woken universes, there are countless memories to rewatch and relive, whenever we need our  Mattitude fix.