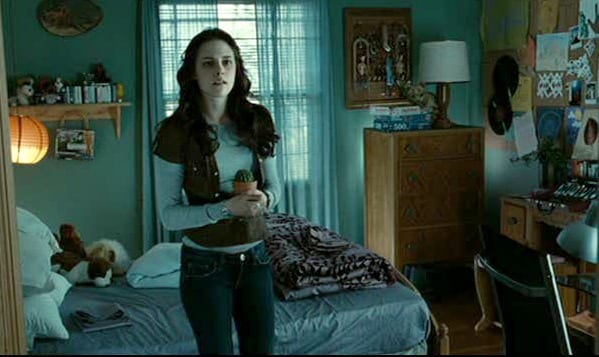 If you were a Twilight fan in the mid-2000’s, chances are you were enveloped in the craze. The actors were catapulted to stardom, as well as the stories. It targeted young people. A decade later, those young people may be in the market for a house, and one pretty sweet option just became available.

Bella’s movie home is actually up for sale in Oregon. You know the one! The same house that Bella’s dad lived, and where Edward snuck through the window in the middle of the night. The same side-lawn that Jacob ran across in werewolf form. Oh yes.

In the books, the house was based in Forks Washington. Bella Swan moves there there to bond with her father and start anew. To her surprise, she develops a strong connection with Edward Cullen, who she later finds out is a real-life vampire. It’s a love story for the ages, and seemed like the best one at one point in time.

The home used in the film is actually located at 184 6th st. in St. Helens, Oregon. You will recognize it immediately from the photos. The house was re vamped a bit before filming which included repainting its walls, and that paint is still there to this day. The listing says they “kept the house as it was from the movie,” because “the choices the filmmakers [made] really made the house shine.”

The home is listed at $349,900 by Cascade Sotheby’s International Realty. The listing reads:

Live in a movie house! This charming home was prominently featured in the movie Twilight and affectionately known by fans as “Bella’s House” You’re going to love all of the charming details including the leaded glass dining room china cabinets, and hardwood floors throughout this wonderful home!

According to CBS News and broker Andrew Ferranti, there is a ‘tremendous’ amount of interest on the house and many fans have come by to get a glimpse of it once again. Check out what the house looks like now on Sotheby’s.

It’s satisfying that this home built in 1935 is being treated as it deserves to be treated, a piece of Twilight history.