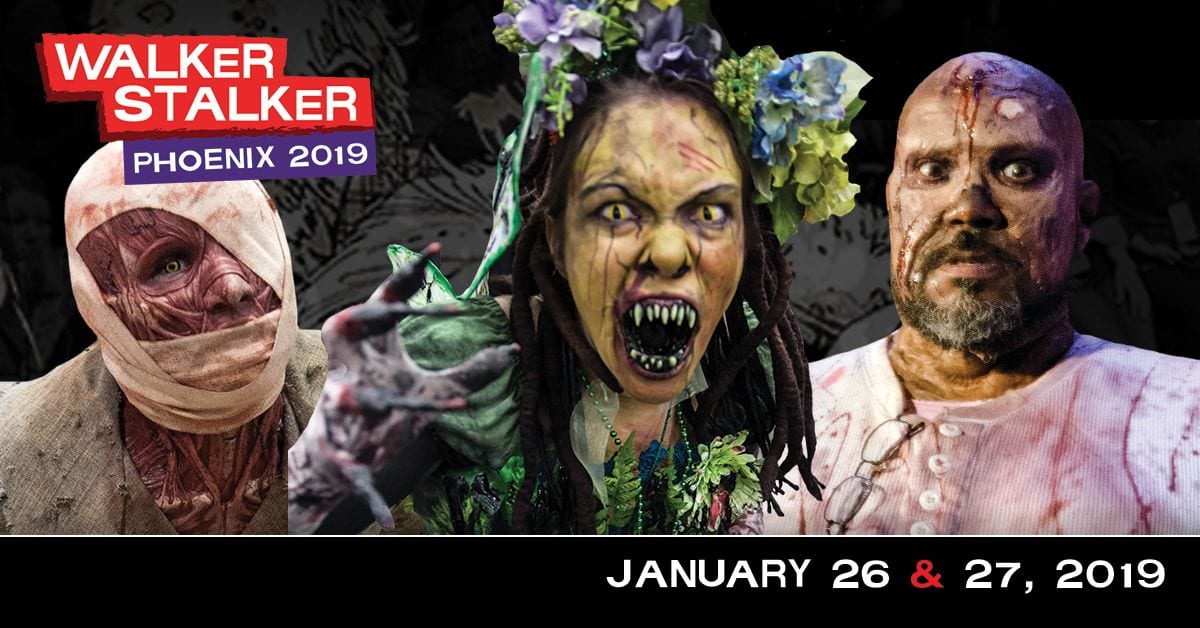 Walker Stalker Con will be ringing in 2019 in an all-new location when the entertainment convention makes it debut in Phoenix, Arizona! The convention, which brings together stars from The Walking Dead and more to connect with fans and talk all things pop culture, will be taking over the Phoenix Convention Center January 26th & 27th, 2019.

“We are so excited to finally bring Walker Stalker to Phoenix. It’s a fantastic city and we can’t wait to show Walking Dead fans here all that we have in store for them,” Jackie Prutsman, President of Walker Stalker’s parent company Fan Fest, said.

In addition to insightful and entertaining panels with the stars of The Walking Dead, Walker Stalker attendees have the opportunity to participate in autograph sessions and photo-ops with their favorite characters all while connecting with other fans, showing off their latest cosplay, and perusing the vast amount of genre-related vendors and booths!

Walker Stalker made the Phoenix announcement on Twitter with a coupon code that grants eager fans the opportunity to purchase discounted presale tickets for all passes including General Admission, Gold, and Platinum.

PHOENIX! We’re COMING and we’re bringing the stars you love from #TheWalkingDead!

Passes are on sale NOW!https://t.co/pPqvmggPs3

Save 25% on Gold & Platinum VIPs with code PG25, or 50% on Regular VIPs & General Admission with code WSC50 when you buy before Sunday at midnight pic.twitter.com/d8V7ltAJ7y

On the horizon, Fan Fest will host an intimate evening in Atlanta with Norman Reedus and Jeffrey Dean Morgan at the end of this month, which will be followed by their most popular and star-studded convention, WSC Atlanta. Other cities the convention is heading to include San Jose, Portland, Chicago, Cleveland, and Nashville. Internationally, they’ll be heading to Berlin and London!

For more information on tickets and the event in general head on over to Walker Stalker Con Phoenix’s official page!