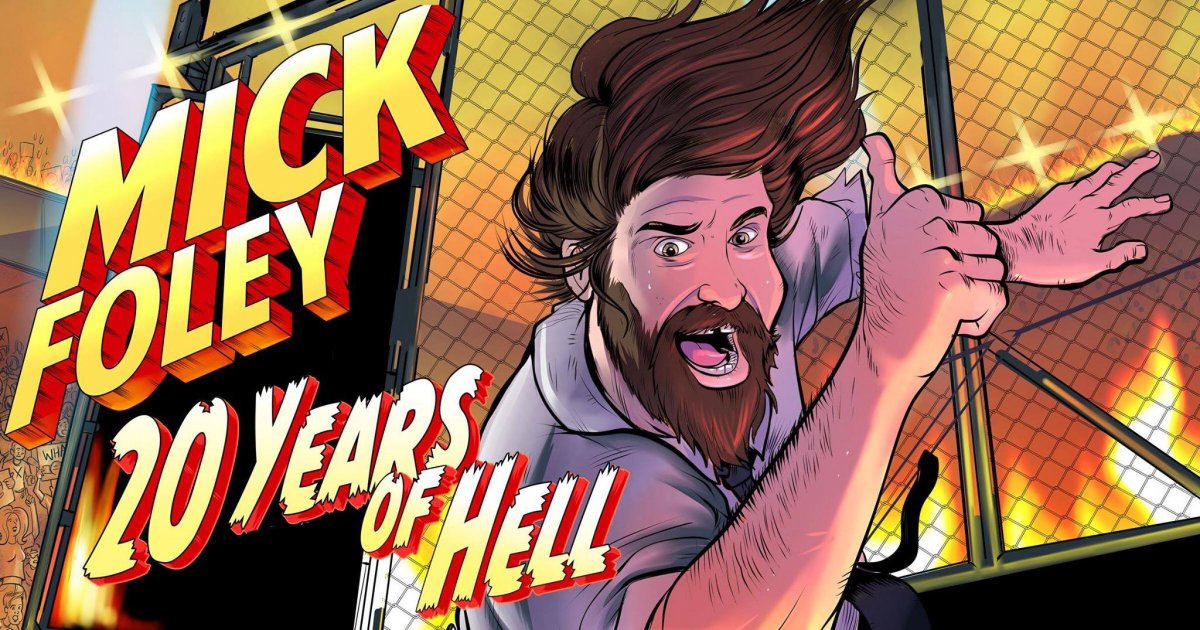 This past weekend I attended Raleigh Supercon as press for our site and had the chance to speak with WWE Hall of Famer Mick Foley about a multitude of topics. With the recent 20th anniversary of his legendary bout with Undertaker in the Hell in a Cell occurring last month, whether it’s at a convention or at a wrestling event, one thing is for certain…he’s reliving it over and over and  quite possibly now loving it:

“For a while, it kinda bothered me that that was the only thing people remembered me for. But as is often the case with iconic characters whether it be Batman or the Fonz, after a while you stop regretting it and realize how lucky you are to be a part of something people remember so fondly. (With the anniversary) I’ve had a great time bringing that night back to life on stage and I enjoy talking about it with a lot of people who were not even born when that match took place 20 years ago.”

With Kevin Owen’s recent cage fall  at WWE Extreme Rules seemingly being an homage to Foley’s fall from the Cell, Foley admits he actually hasn’t had a chance to see the footage yet:

“I’ve heard great things about it, but I’ve yet to see it. I need to text Kevin and see if he’s okay, but from what I hear it was sensational.”

With all the talk about the Cell, I thought it fitting to go the opposite way for the next question. Instead of asking for favorite moments in his career from the most talked about matches(such as Hell in the Cell, Street Fight Vs. Triple H,etc), what match does Mick think deserves another look that he feels didnt get a fair shake the first go round?

“I think the 1996 Boiler Room Brawl was overlooked. I think there’s a lot of good stuff in there. (It) could have done with more commentary as they left it blank there for 12 minutes.  It was really odd, which I think made it come off as a little unusual, but I think that was what Mr. McMahon was looking for. So definitely check out the 1996 Boiler Room Brawl, as the Undertaker and I took a beating in that one.”

It was truly a pleasure chatting with Mick Foley during our interview, and if you happen to live in the Great White North, you too will have a chance to relive King of the Ring 1998 with him as he brings his 20 Years Later Tour to Canada for 16 shows from August 28 to September 16. Check out Mick’s site for more details and to purchase your tickets now. As usual, feel free to tweet me at @cjcnov88 and we can chat up some wrestling! Until next time though,”Have a Nice Day!”