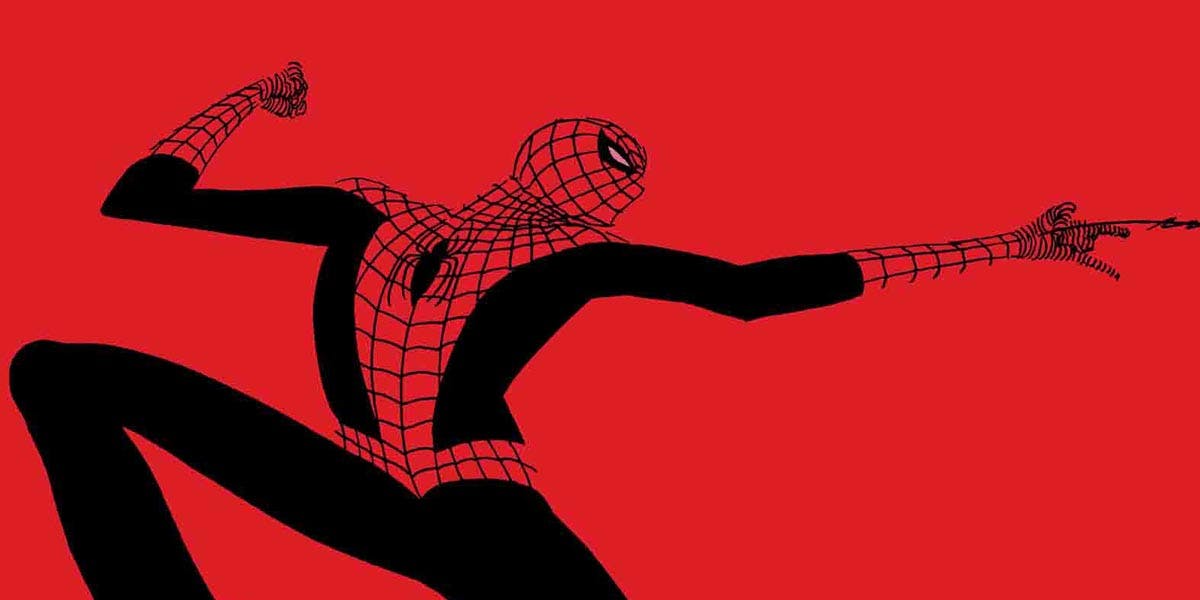 Geeklings, a very Happy New Comic Book Day to you all! That’s right, the Earth has rotated around the sun enough where it is once again Wednesday bringing with it a brand new set of comics for our eyeholes. You keep on rotating Earth, you keep doing you. In the meantime, we’ll be here binge reading comics until the sun goes down. Yay for planetary analogies… or metaphors? Yay for planets!

Before we take our deep dive into the best books of the week I have a confession to make. I am super behind on my pull list reading and I blame Jason Aaron for that because the majority of my comic book reading as of late has been dedicated to his magnificent Jane Foster Might Thor run. I know I speak about this series a lot but I can’t help it Geeklings. This is seriously one of my all-time favorite superhero stories and I only have three issues left. I can already feel my heart breaking. Issue #704 was a beautiful, heartbreaking tale that tied in so many threads from the start of this series. It was just masterful and left me dreading what’s to come. Once I finish these three issues though I’ll be able to finally catch up on a number of books that I am behind in. That too will be a glorious day, but Jane Foster, I will miss you very much.

Just because I’m behind on comics doesn’t mean that you have to be. In fact, I suspect a number of you are up to speed, or looking to be up to speed, and I’ve got just the thing for you. Suggestions! That’s right, you don’t just come to the Pull List for my witty planetary talk. No, no, no. You’re here for that sweet, sweet comic recommendations, and I’ve got you covered. 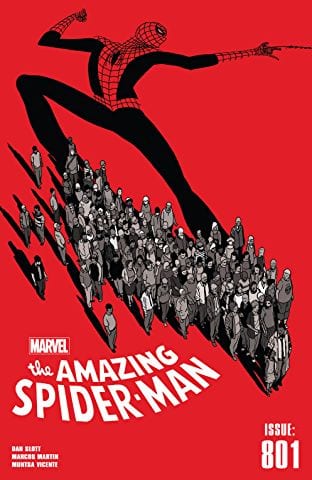 1. The Amazing Spider-Man #801- After ten years, Dan Slott is finally leaving The Amazing Spider-Man and the fan base is a bit torn. There are those who have loved Slott’s run, and others, like myself, who grew tired of it and the representation of Peter Parker. Don’t get me wrong, I appreciate the epicness of what Slott accomplished here and a number of his stories were really, really good. I just felt that at its core, his run lost the basics of what makes Peter Parker great. I’ve been ready for a new writing team for a while now and am very much looking forward to Nick Spencer taking over the title. Before that happens Slott has earned the right to say goodbye to these characters and his fans, and issue #801 looks to cap off his ten-year run while setting the stage for Spencer’s introduction. Geeklings, sometimes change is good and we should all be appreciative of what Slott has done and excited for the future of Spider-Man. 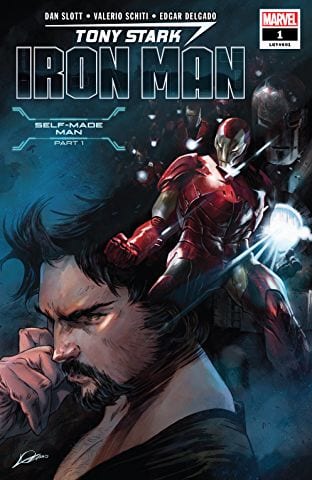 2. Tony Stark Iron Man- Just as one Dan Slott series ends a brand new one starts right up. Tony Stark Iron Man is the first Iron Man comic since Bendis left the company last month, and this book looks promising. For starters, Slott has been writing Tony Stark for years in the form of Peter Parker so chances are he’s going to have a really good Iron Man book here (yes, that was a dig… only slightly sorry). I think a change of scenery is exactly what Slott needs here and I’ll be interested in the direction he takes Stark. So help me god though if Stark becomes a down on his luck photographer for the Daily Bugle… 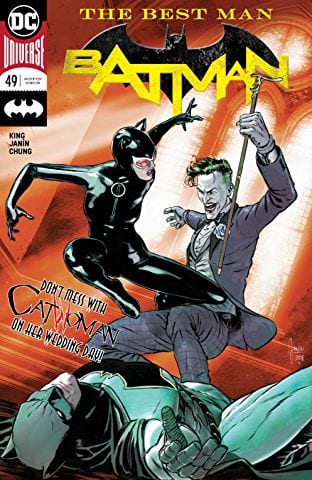 3. Batman #49- As the wedding of Batman and Catwoman draws closer it seems inevitable that the Joker would somehow find a way to get involved. No one can love Batman like the Joker does and you know he’s just full of jealousy. One thing the Joker needs to learn though, don’t mess with the bride before the wedding. Especially when that bride is Catwoman. This issue looks to focus mostly on the dynamic between Cat and Clown and with Tom King behind the wheel you just know it’s going to be all types of awesome. 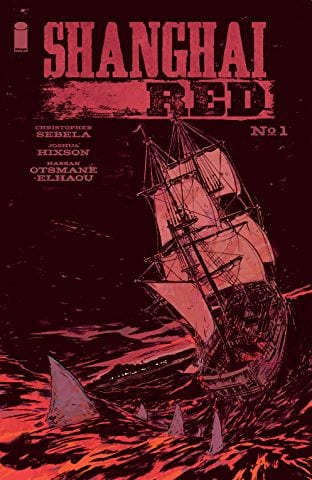 4. Shanghai Red #1– Revenge. Pirate like adventures during the 1800s. New comic series from Image. This thing more or less sells itself but for those of you who need a little more nudging, the main character is drugged and sold to a ship where she’s gone for years. Upon returning home she looks to exact revenge on those who sold her while also reconnecting with her family. Yep, this sounds all types of rad. 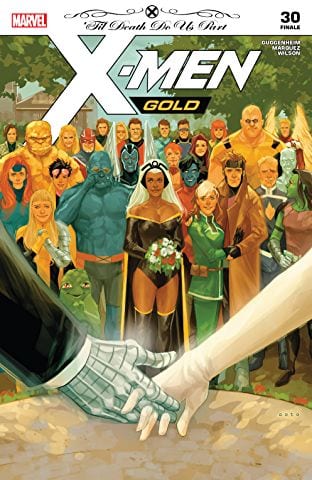 5. X-Men Gold #30- It’s time for a wedding Geeklings! The big day has finally arrived as Kitty Pryde and Colossus are set to walk down the aisle in front of all their mutant friends and family. A moment that has been a looooong time in the making expect this issue to pack on the feels. With that in mind though, this is still an X-Men book so what are the chances that things go swimmingly? Come for the romance stay for the twist. 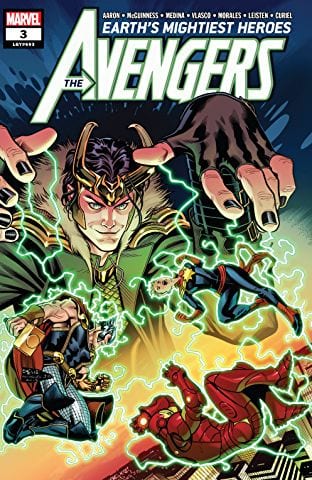 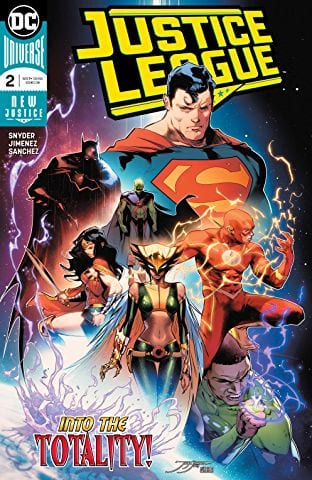 There you have it Geeklings, all the best books to get your mitts on this week. As always, if you feel like I left anything off, by all means, sound off in the comments. Let me know what you’re reading and maybe turn me on to a series I may have overlooked. It’s the Pull List and we live by the comics for all philosophy. If you’d like to talk more comics with yours truly then you can find me on Twitter @iamgeek32. I think I might need some shoulders to cry on after I finish The Mighty Thor. Until next week my friends, happy reading and many huzzahs!