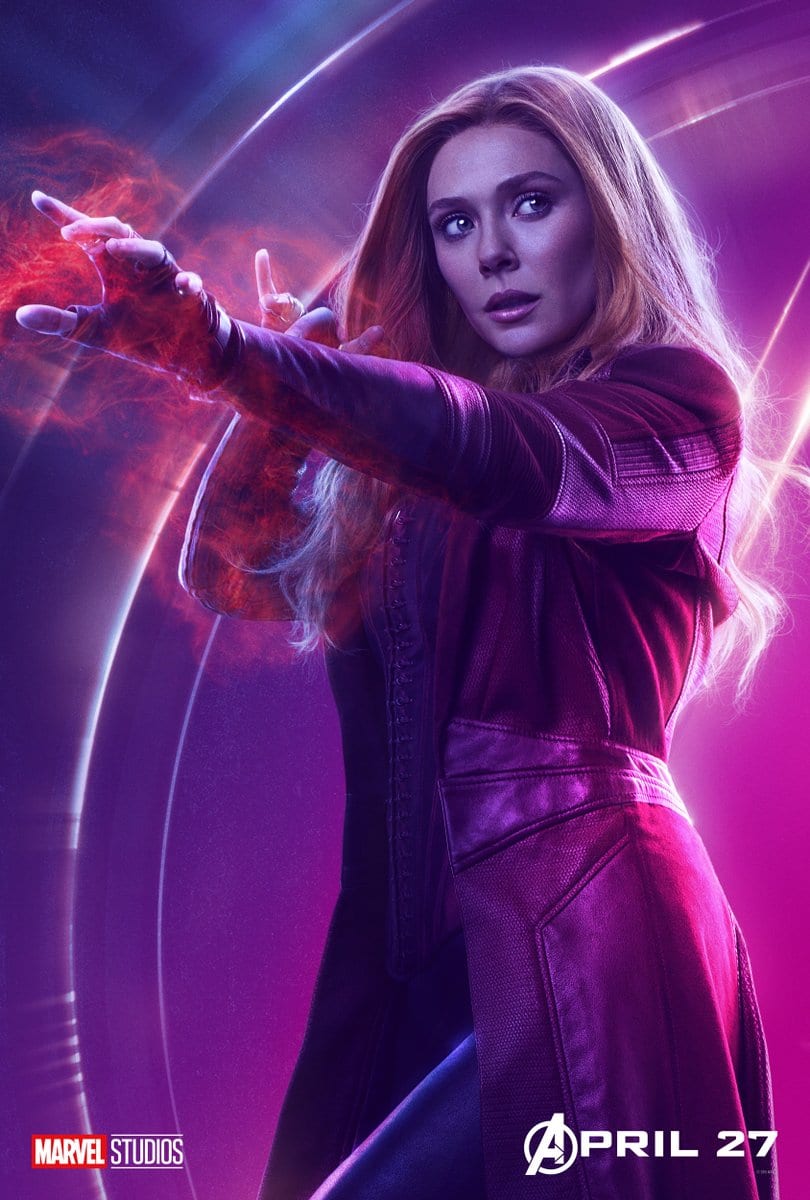 As the first 10 years of the Marvel Cinematic Universe have evolved, so have some of our favorite heroes. From Iron Man and Captain America to Scarlet Witch and Bucky Barnes – we’ve seen the ins and outs of those who will stop at nothing to protect the world.

Even if it gets a little messy, first.

During promo for Avengers: Infinity War, Elizabeth Olsen recently discussed the big difference between Avengers: Age of Ultron and the upcoming Infinity War. For her, it had a lot to do with being comfortable on set.

Talking to Yahoo! Movies, Olsen had this to say about her character arc.

‘This is my favorite arc, my favorite character arc. Ultron was really fun because I got to be with Aaron Taylor-Johnson and that was also a large story, and twist, but now I feel more confident and comfortable on set. Age of Ultron was not comfortable, and now that it’s third time around, and fourth time around, or whatever the number is, there’s an ease to it now that we’ve lived with these characters a little more.’

She went on to say that after the relationships became established, it continued to get better.

‘Now that we’ve decided what our relationships are with each person, it’s already established, it’s in development and it just gets better.’

Vision and Scarlet Witch are going to have one of the most impactful relationships of Infinity War, and we’re incredibly excited to see it.

The wait is almost over. Avengers: Infinity War hits theaters on April 27th.