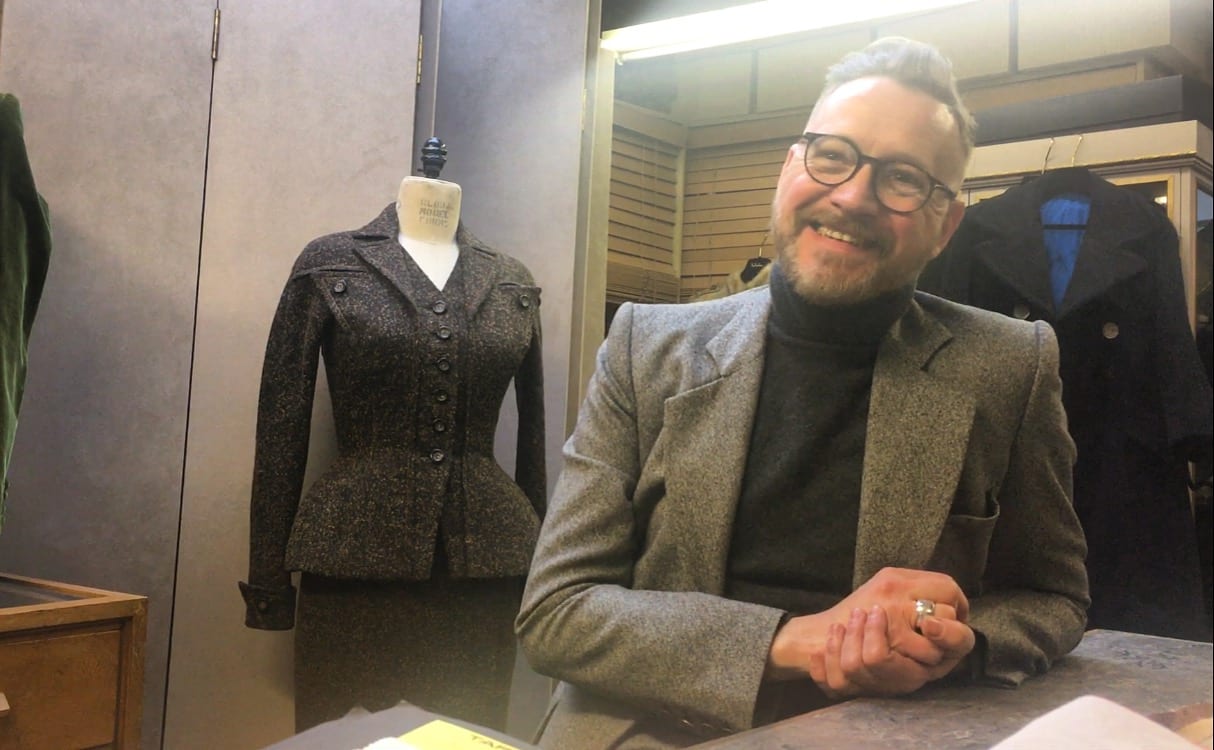 London based tailor Thomas Von Nordheim had no idea that Mark Bridges would win the Academy Award for Best Costume design for his work on Phantom Thread, a film that he also had a major part in – creating the impeccable suits for Cyril Woodcock (Lesley Manville), the sister of Daniel Day Lewis’ couturier protagonist Reynolds.

Sitting down in his floral scented studio in central London, Nordheim begins to tell the story of how he got involved in Paul Thomas Anderson’s latest movie. “I was recommended actually by a former student of mine,” he said. For the past 12 years, he has been teaching at the London College of Fashion where he met the said student on a course some time ago. “She remembered what a brilliant tailor I was and she thought about getting me involved in the movie.”

His tailoring story began roughly three decades ago after being invited to a fashion show at the age of 17. Glazing at 80s extravagant catwalk looks made him realise that he wanted to create something 3D, contrasting his previous goals of becoming a graphic designer. He ended up working at the same fashion house three years later. Tailoring has since become more than a passion project, but a genuine love in his life. “Every project is new and is completely different,” he said.

“I only make one-offs, it’s mainly handmade which is really nice to do something with your hands. You make people happy because you make them look good.”

Nordheim worked closely alongside Mark Bridges – a renowned costume designer known for his creative collaborations on previous PTA films such as Boogie Nights and Inherent Vice – to work on specialised suits for Another Year actress Lesley Manville’s character, Cyril in the gothic-romance film. “He was very nice to work with,” he noted. “He had a kind of picture of what it to look like in terms of fabrics, colour, and shapes so I understood that he did a lot of research at museums, online, in vintage fashion magazines from the time, and then it all came together.” 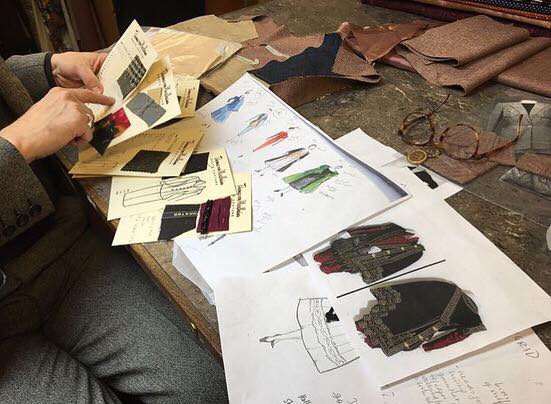 Back in June 2017, three-time Oscar winner Day-Lewis announced his retirement from acting during the late stages of Phantom Thread’s production, leaving many fans sad to see the talented actor leave the industry. Thomas admits he had no idea that the film would mark DDL’s last appearance on the silver screen, further admitting he doesn’t know if it would have made the process different. “I’ve always been a fan of Daniel ever since seeing My Beautiful Laundrette. He’s an amazing actor,” he gushes.

While Nordheim puts emphasis on Phantom Thread being the perfect swan song for Day-Lewis, there is still the lingering question of whether he will return to the world of cinematic escapism. In an interview with Jimmy Kimmel to promote his Award-nominated film, Paul Thomas Anderson – who has previously worked with DDL on There Will Be Blood in 2004 – hopes that he can convince him to get involved in another project in the near future. Though, Thomas appears unsure on the latter. “People have comebacks,” he elaborated.

Thomas’s main focus was working with Manville and perfecting the costumes for her stern and focused character. Manville, who is currently performing A Long Day’s Journey into Night alongside Jeremy Irons on the London West End, earned her first Oscar nomination for Best Supporting Actress for her portrayal as Reynold’s Woodcock’s sister and business partner. “Lesley was very pleasant to work with. She’s got a lovely personality; she’s very friendly at the same time.”

The tailor and Manville would meet in a studio near to the film’s location on Fitzroy Square regularly, where they would perfect her costumes and make sure they fitted like a glove. “She claims she had more hours of fitting than being on the set,” he said.

“I was there sometimes for a couple of hours fitting two suits and then the dressmakers would come so that was probably another two hours. So yeah, I can understand how she could get tired of it.”

Nordheim, who describes Manville as a petite woman, admits the specialized aspect of tailoring and dressing the actress was a great opportunity. Despite having not read the script and not knowing too much about Cyril’s characterisation, Thomas began understanding the character from discussions with Bridges. “She didn’t come across bossy, but a strong character, [with] a strong personality,” he mentions.

“We tried to build this into her outfits, the style of her clothes were quite tailored, I think that suited her character really well. Quite sort of strict and to the point, really what her character is like.”

Behind Thomas is a suit, which on first-impressions looks unfinished. Apparently, that was the idea. He quickly adds that the scene which included the tailored suit was cut from the film during editing stages. In a meeting with Bridges, costume supervisor on the film and the head cutter, the original idea was to have one suit made for a customer in the film who attends a fitting. “The suit was supposed to be at fitting stage, which means there are basting lines, half-finished [look], you see [the] canvas and patch stitching and this was more or less the design they show me,” he said. The design was one by famous 1950s and 60s British Couturier John Cavanagh. “You can’t simply copy things from the picture, [there] sort of has to be changes to the design which we discussed and then I decided to fit the actual shape in wool fabric as opposed to calico, which is what we normally do for [first] fittings to get the shape,” he continued.

“There’s a picture in the current British Vogue [February] where you can see the suit from behind and Reynolds is setting down fitting it, but it’s not in the movie.”