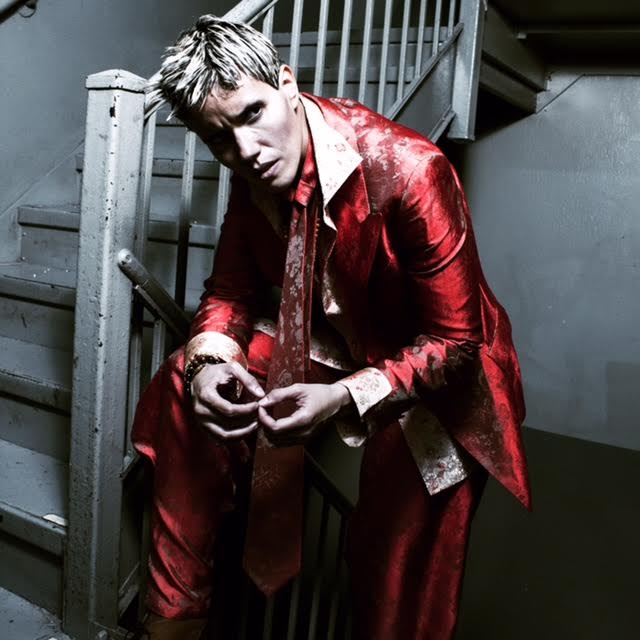 We got to chat with Farrah Krenek recently, after admiring her for her role on Orange is The New Black, and her passion for a cause close to her heart.
Krenek told us about everything from anti-bullying, to her career and the hopes she has for it going forward. Her words are a perfect dose of weekend inspiration! 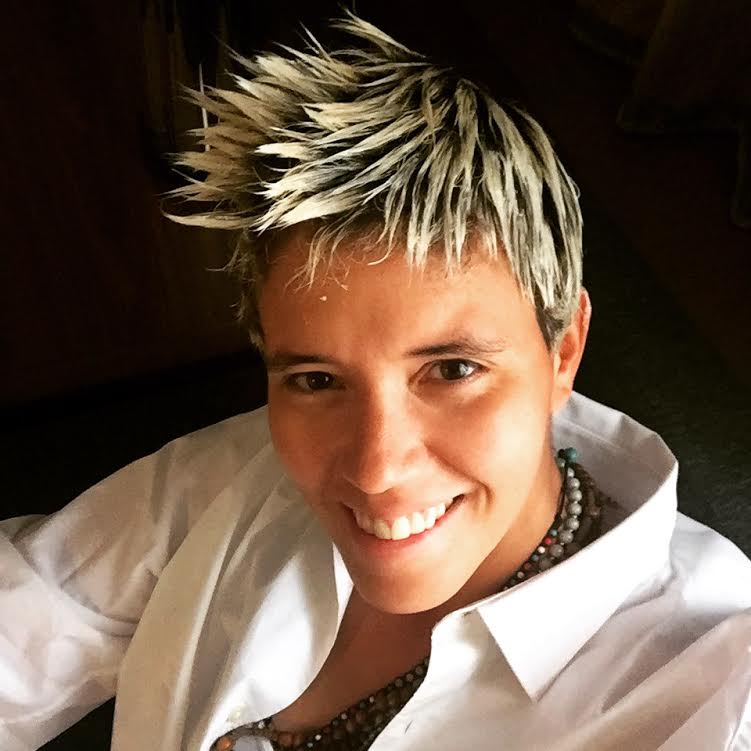 I see you speak a lot on bullying. This is so huge. I’d love to hear more about what inspired you to speak passionately about it? Have you seen the film Wonder?

No, I’m sorry to say I haven’t seen that film but it’s on my to do list now!  It’s funny how the word passion is associated with this.  The thing is that I knew there was something I wanted to do in order to help all those that didn’t have a voice, including myself since way back when.  I could sit here and tell you about the horrible moments and ridicule I had to live through during my school years, but it really wouldn’t change anything.  I came from a generation that gave you the message of either you have to change or just live with it. And there I was wondering how I could change. I didn’t wear boys clothes because I was trying to make a fashion statement. I wasn’t tall because I chose to be. I was just me and I didn’t know how to be any other way. So, one day I realized what I could do to help other girls like me and be their voice. The answer was to listen.  To not overpower with my voice and let them speak and share their story. Most of the time, if you let someone speak, you give them the greatest gift by not only listening. but by understanding.  I’m giving the gift that I was never given.

What advice would you give a young person who is struggling to find his or herself?

I don’t think that advice is something that can be given to only young people. If anything, at any age advice is always welcome. God knows, I often need it.  My sincerest advice would be-the person that you are searching for that you know is yourself, is already found. Don’t worry about what other people will think of you or say about you or react towards you.  I think that we all know who we are but the reason we fail to show our true selves is because of fear of what other people will think. And if you base your true self on what you think others want to see. Only then, are you living a lie.  Be the person you feel that you see not when you open your eyes. but when you close them.  When you open your eyes you don’t see yourself, you see other people.  Their role is taken by them. Let them be.  Now it’s your turn to be you, and that in itself, is beautiful. 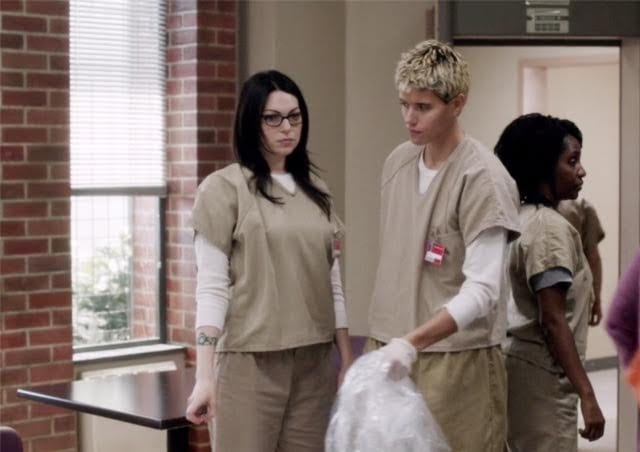 Tell us a bit about your time on Orange is The New Black!

Well first of all I must say that my role in Orange is The New Black as well as the entire cast, crew and production will forever be a part of me and be a signature role in my life but not for reasons that you’d think.   The reason why it holds a very dear place in my heart is because it was the first set and group of people that I ever worked with, in the history of my acting career and as a person in general that embraced me for being exactly who I was.  The person I was is what they wanted.  Everything that I was hated for when I was younger, (dressing like a boy, looking like a boy, not smiling often, my height, my stature), it was always something. God only knows, I never did any of these things to create some type of fashion statement or stand out or be rebellious. I swear I was just being me. And when I was in school, they couldn’t stand it. Here on the set of OITNB, they loved it.. And it was a very strange feeling because this was a feeling so foreign to me.  They respected and loved me for who I was, as I was.  In the end this is what anyone needs to become the best version of themselves- at work, at home, with friends and in a romantic relationship.  We all want to be loved for being our true selves.

Did you always know that acting was something you’ve wanted to do? Can you tell us if there is something specific to which you attribute your success?

I remember when I knew I wanted to become an actress but it didn’t really have much to do with wanting to portray a comedic, tragic or dramatic role. I mean, my life was already full of that so I knew I didn’t need a script to narrate a scene like that. I wanted  to become an actress so that one day a girl like me could see me on screen and see that there was someone like her that dresses like me and think “She’s like me. She gets me. She understands.” I’ve had the privilege of being recognized on screen as my own self. What I mean by this is that this is what I give when I’m on any set.  Success?  Success has many definitions. I can’t say that I am successful because there is still so much work to be done.  Not on screen but with people in general.  We are a mess and I know that there is only so much one person can do, but just think.  It only take a single drop of water to begin a waterfall and I always say, we have to start from somewhere-so let’s start.  Start by helping.  Start by listening.  Start by loving.  Don’t be afraid to express yourself, because everything you do is a drop of water. 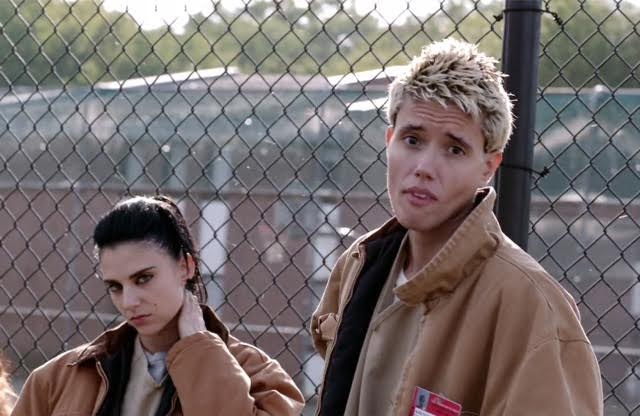 Can you share any special moments from your career thus far?

The moments that I’ve had on set are a script of its own. Every actor I’ve had the privilege of working with, every set I’ve been on, even every location outside the studios have been memorable. I think the best moments that are seen with actors or any profession in general are not while you’re working. The best moments are when you see something real-like a real emotion, a real meltdown, real laughter in between takes, real tears or comments like “When’s lunch? I’m starving!” These are moments that you see and feel life.  These are the moments that matter.  Fame is a four letter word and it’s no different than love, hate or rich. The point is, if you have it, what are you going to do with it?  Whose life will you touch? How will you make a difference?  It’s not about life in front of the camera. It’s about life starring you when you go home. That’s where you realm thing come to life.

Is there a project you have your eye on, that if you were asked to do it you would say yes in a heartbeat?

I would love to be a part of a reality series that would t involve telling my story or hearing the story of anyone that has received recognition. I’d love to see a group of women like myself put together and see how we could make a difference listening to people’s stories. Make them the stars. because only by listening can we ever be heard. Oh, and if I ever had the opportunity of being on stage with Ellen DeGeneres I’d do a she said/she said comedy duo in a heartbeat!  Contrary to what people think about me, I do have a sense of humor and love to laugh… Laughter is the source of life 🙂

Are there any projects you are currently working on that especially excite you?

Every project I work on excites me because I always wonder if it will be enjoyed by all those that will be watching.  The greatest reward is hearing someone enjoyed your performance and work. I hardly ever see myself on screen.  I see my mug shot every day so I don’t need to tune in on some show to see more of it.  I would very much like to visit more colleges/universities, High Schools and pretty much any school to do more motivational speaking and hear the students. Today they face so much that can’t be expressed. Things that need to be helped not by portraying a character on screen. but by being real and being there.

Farrah’s outlook is so worth reading, and so worth thinking about! We would love to see her speak more against bullying and spreading more positivity. Thanks to Farrah Krenek for chatting with us!