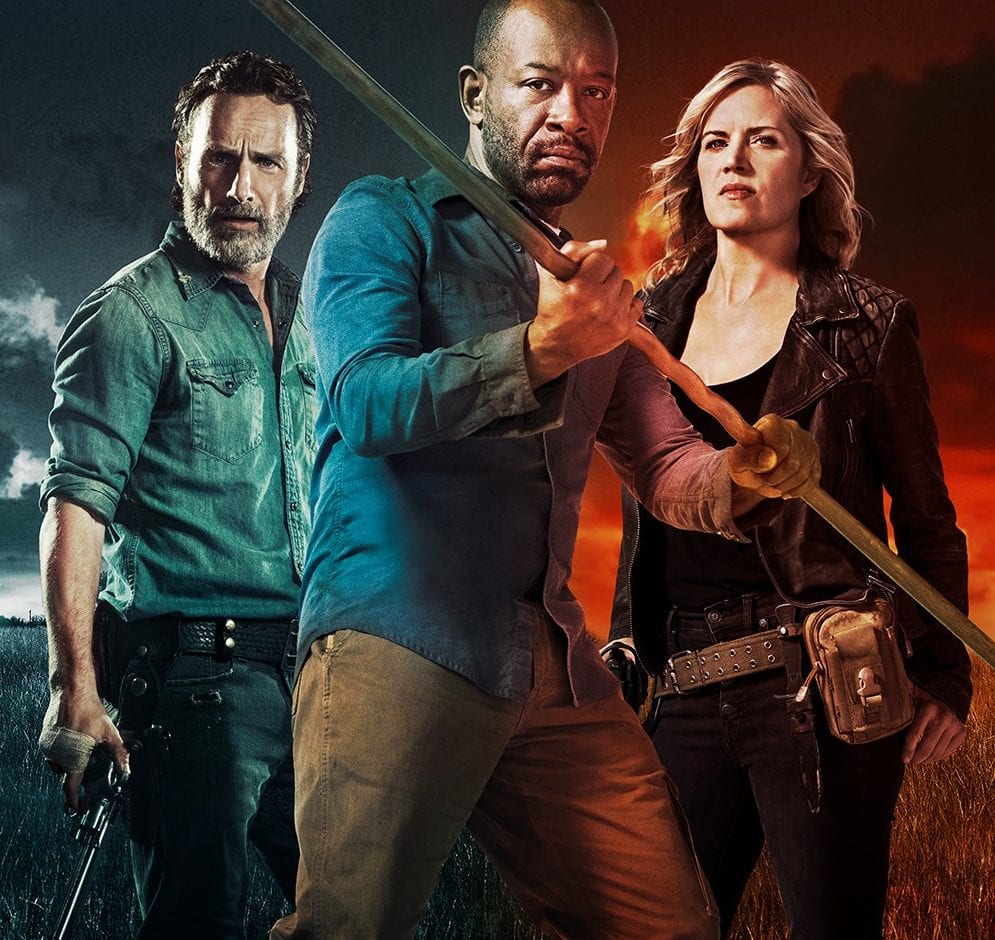 The Walking Dead universe is about to go where it’s never been before – The big screen!

Entertainment Weekly announced on Thursday that the season 8 finale of The Walking Dead and the season 4 premiere of Fear the Walking Dead will, for the first time, be shown in over 750 cinemas across the United States.

AMC has partnered with Fathom Events and, on the night of April 15th, “Survival Sunday: The Walking Dead & Fear the Walking Dead” events will take place across the country.  The event will feature “exclusive bonus content” set to roll prior to the episodes which will be shown to fans commercial-free!  The exclusive bonus content will run a half hour prior to the episodes being shown at 8:30 p.m. ET / 7:30 p.m. CT / 6:30 p.m. MT / 5:30 p.m. PT (and tape-delayed to 7:30 p.m. for Alaska and 6:30 p.m. for Hawaii).

Tickets for the big screen even will be going on sale tomorrow, March 16th and can be purchased through Fathom Events.  You can also find a complete list of participating theaters on their website as well.

How awesome is it going to be watching The Walking Dead and Fear the Walking Dead on the big screen?  Will you be running to buy tickets for this one-time-only event?  Let us know your thoughts in the comment section below! 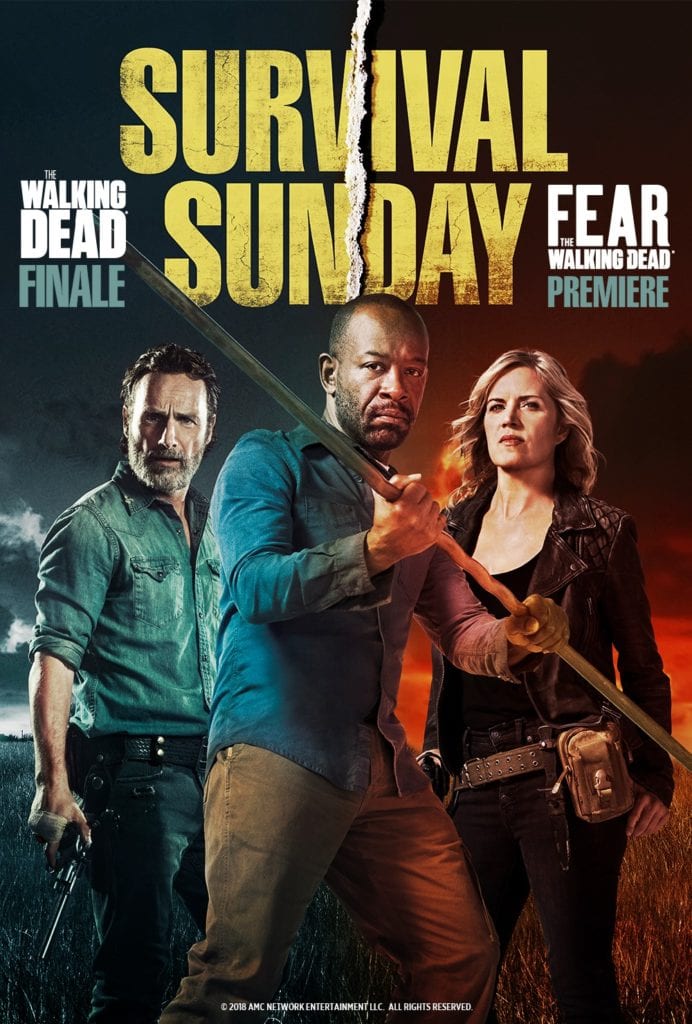