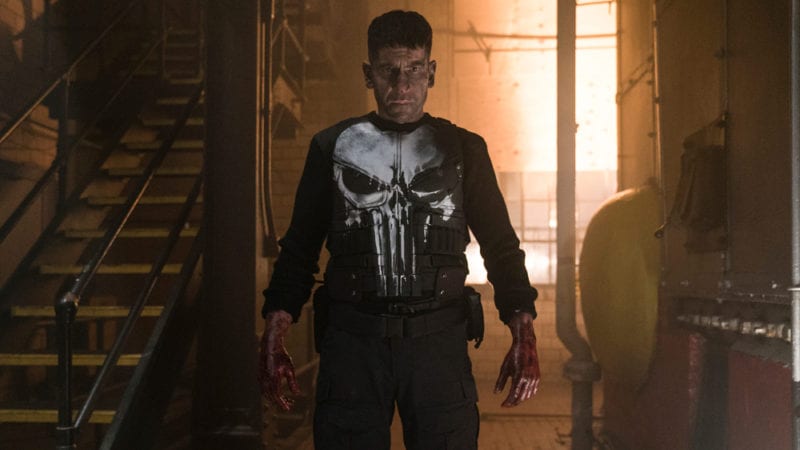 Five months after it premiered on Netflix, The Punisher has begun production on its second season!

Facebook user Scott Schmeizer was the one to bring that information to the Internet’s attention, sharing some photos on Friday (which you can view here) of he and a bloody faced Jon Bernthal with the caption: “Filming The Punisher in Bellmore, NY. Jon Bernthal.”

Last week, we reported that the upcoming season of The Punisher had added three new cast members whose roles remain unknown: Floriana Lima, Georgia Whigham, and Josh Stewart. In addition to the new cast members, Jason R. Moore, Amber Rose Revah, and Ben Barnes will also return. Due to Billy’s circumstances in the finale, many fans are eagerly awaiting his transformation into Jigsaw, Frank’s biggest nemesis.

No plot details or release date have been officially announced by Marvel, but fans can expect the second season of The Punisher to drop in early 2019.