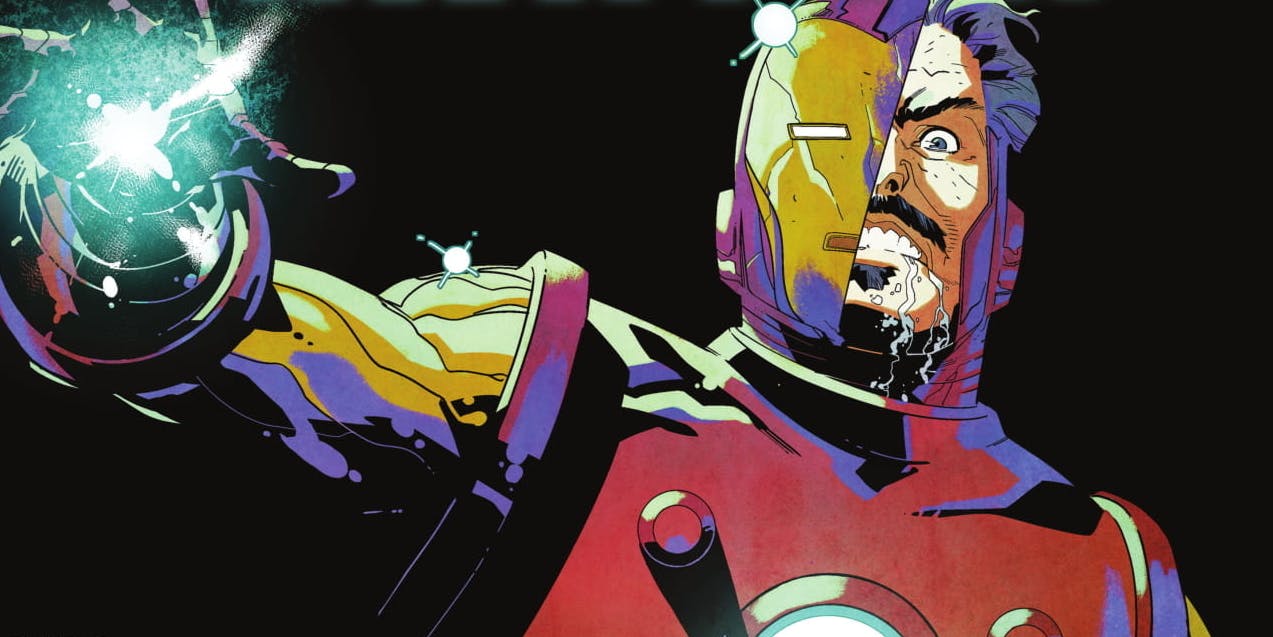 Happy New Comic Book Day Geeklings and welcome to The Pull List, where I’ve got all your weekly comic needs. That’s the best thing about comics, there’s always a new crop every week so we’ve got an endless supply of books to discuss. It’s the gift that keeps on giving. Let me show you. 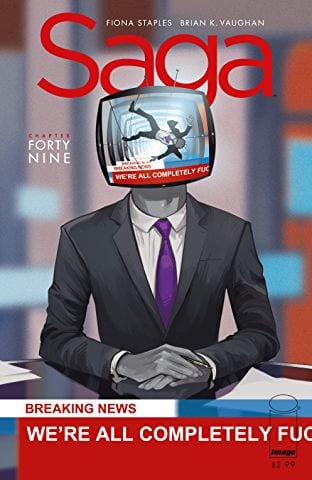 1. Saga #49- Saga has returned from it’s latest vacation and not a moment too soon. Is it me or does each hiatus of this series feel longer and longer? I know it lasts about the same amount of time, it’s just, I miss it so much when I don’t get to read it every month. Issue #48 ended on a bit of a hopeful note, which is always welcomed considering how emotionally crushing this series can be at times. When we last left off Alana was having surgery, Hazel was seeing ghost images of her dead brother, Prince Robot was starting a new romance, and The Will… he’s in a pretty dark place. I know none of that sounds hopeful but trust me, it is. Be sure to welcome back one of comics most consistent treasurers. 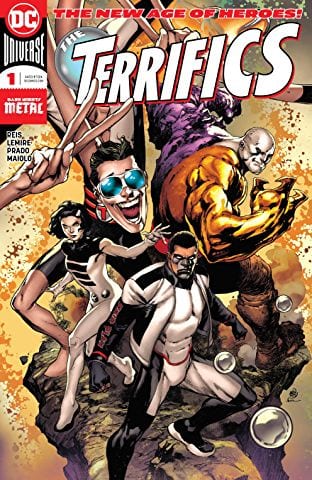 2. Terrifics #1- It’s been a long, long time since the Fantastic Four have had their own comic book so DC thought, “eff it, we’ll make our own Fantastic Four and call it The Terrifics.” You may laugh at that but it’s hard to deny the similarities between the Terrifics and the Fantastic Four, and I don’t think DC is doing much to hide them. For those of you who miss Marvel’s First Family maybe the team of Mister Terrific, Plastic Man, Phantom Girl, and Metamorpho can scratch that itch for you. Stuck in the Dark Multiverse together, yes the one from Dark Nights Metal, the team needs to find their way home. Comic book hijinks ensue. 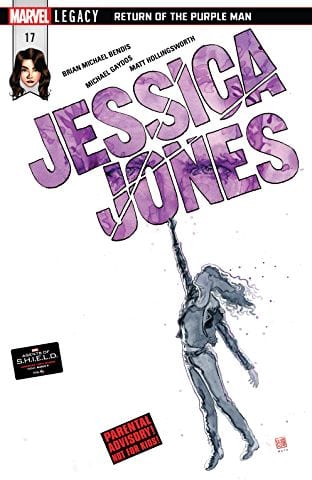 3. Jessica Jones #17– We are rapidly approaching the end of Brian Michael Bendis’s Marvel run and to prove it we only have one more issue of Jessica Jones after this. Just one. Yes, there will be a new writer once Bendis leaves but considering how Jessica is his creation it’s going to be an adjustment. He’s not gone yet and we have two issues left to read. Issue #17 continues Jessica’s battle with the Purple Man (Kilgrave) as this arc has seen Jessica looking to overcome her past and somehow redeem herself. Kilgrave just can’t let her go though… or those around her. Look out Luke Cage! 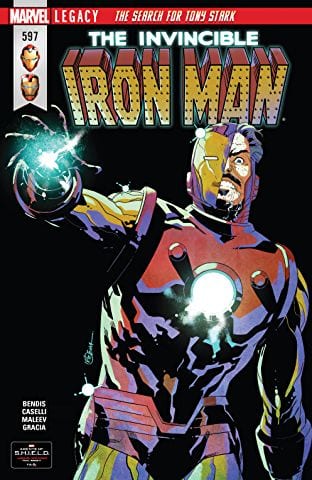 4. Invincible Iron Man #597- There are a lot of important things happening within the pages of Invincible Iron Man. Tony Stark is out of his coma, super bald, having vivid hallucinations, and trying to survive. The Red Hood is battling Doctor Doom. Stark Industries just took all of Riri’s tech. But I’m going to sell this book to you real easy. The last issue ended with Blade recruiting Riri Williams for something. Blade. Recruiting Riri Williams. See, I told you that would hook you. 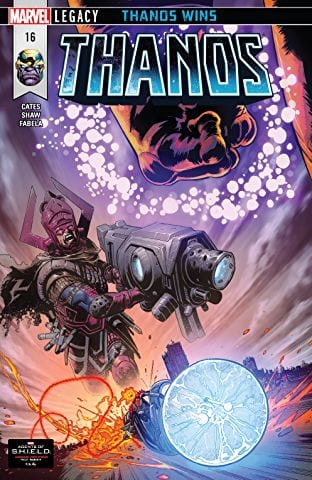 5. Thanos #16– Where does one even start with this book. How about with, it’s bonkers in the most fun way possible. We just learned that the Cosmic Ghost Rider is none other than Frank Castle and that little tibit wasn’t the only info to melt faces from the last issue. That’s right, the Punisher is future Thanos’s, right-hand man. Feels weird, right? Issue #16 looks to explain to us just how that happened. Which is good because I’m going to need some explanation. 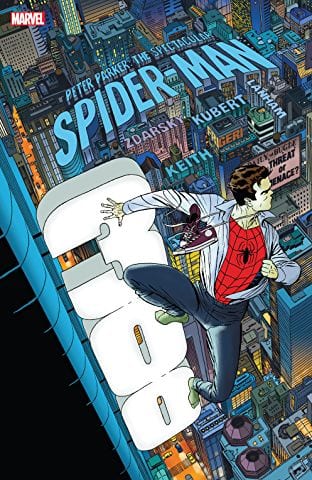 There you have it Geeklings, all the best books to get your geeky little paws on. I know we went a bit Marvel heavy this week (I saw you Detective Comics and Wonder Woman) but I couldn’t help it. As always, if you feel like I left any books off the list sound off in the comments below. If you’d like to talk more comics with me you can find me on Twitter @iamgeek32. In the meantime, happy reading and I’ll see you all here next week because it’ll be Wednesday and there’ll be a new crop of books to read. Many huzzahs!