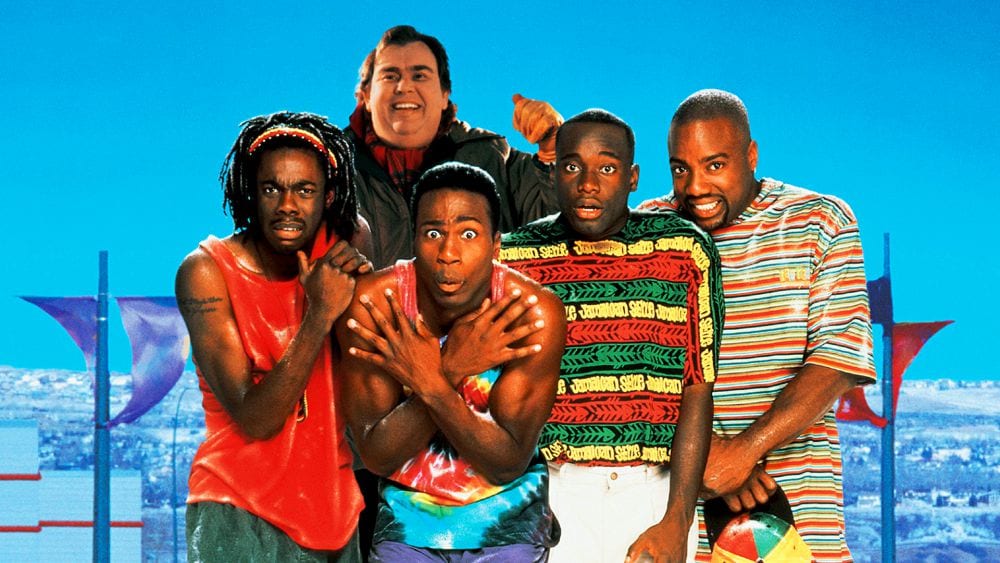 College coach Herb Brooks (Kurt Russell) is hired to lead the 1980 U.S. men’s Olympic hockey team to victory. Despite a rocky start, Brooks strives to unite the team as they become a symbol for American patriotism on the heels of their game against the heavily-favored Soviet team.

🍅The film is certified fresh on Rotten Tomatoes with a score of 80%.🍅

I just watched the movie Miracle again, about the 1980 Olympic Hockey team, for the 30th time and I still get goosebumps on the pregame speech the Herb Brooks gives before the Russian game.

When a Jamaican sprinter is disqualified from the Olympic Games, he enlists the help of a dishonored coach to start the first Jamaican Bobsled Team. The film was also the last film of John Candy’s to be released before he died.

🍅 Cool Runnings currently has a 75% on Rotten Tomatoes and is streaming on Netflix! 🍅

The Jamaican Team just walked out for the opening ceremonies which means it’s required by law you stop what you’re doing and quote Cool Runnings.

Blades of Glory follows two rival Olympic skaters (Will Ferrell and Jon Heder) who were both stripped of their medals and banned from men’s singles competition for life after tying for Gold and breaking out into a disastrous fight. Years later the two find a loophole in the rules that allows them to qualify as a first-ever same-sex pairs team.

🍅 The film currently holds a 70% on Rotten Tomatoes.🍅

Taron Egerton  (The Kingsman) stars as Eddie Edwards, a British skier who became the first competitor to represent Great Britain in Olympic ski jumping since 1929 in the 1988 Winter Olympics. The film also stars Hugh Jackman, Christopher Walken, and Iris Berben.

🍅The film is certified fresh on Rotten Tomatoes with a score of 80%.🍅

Just watched the movie ‘Eddie the Eagle’. Inspiring story about grit, perseverance, resilience, honour and hope. It’s not about winning, it’s about taking part and trying your best. Loved it.

Margot Robbie stars in the Academy Award-nominated film based on Tonya Harding and her journey from childhood, to becoming the first American woman to complete a triple axel during a competition, followed by her association with the infamous attack on fellow Olympic competitor Nancy Kerrigan in 1994.

🍅I, Tonya is certified fresh on Rotten Tomatoes with a score of 90%. Margot Robbie and Allison Janney are both nominated for Academy Awards for their roles.

I, Tonya was exceptional. The cinematography alone was unlike most other films, both in the skating sequences and the drama, and it has performances worthy of every recognition they can get. Plus a soundtrack with more great licensed music than even Suicide Squad!

What movies are you going to be watching in between your 2018 Winter Olympic watch parties?

‘The Grinch’ Follows His Olympic Dreams in First Teaser Trailer