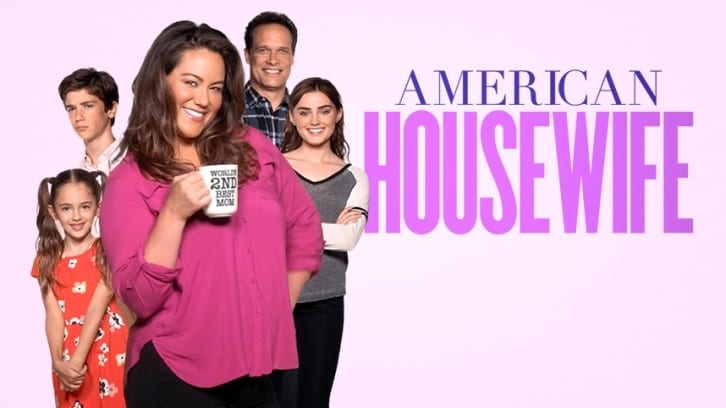 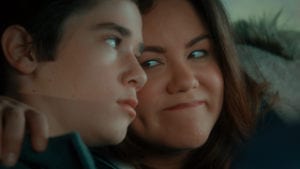 Oliver (Daniel DiMaggio) is on the fast track to a mid-life crisis already at 13 years old. With his plans for college set in stone, he has no time for family, laughs or even life. Katie (Katy Mixon) and Greg (Diedrich Bader) become concerned that Oliver is heading down a path that will leave him burned out and running away from his job, wife and family when he turns 40. 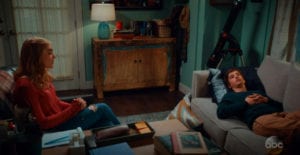 The family tries to help Oliver to relax in their own ways. Taylor (Meg Donnelly) counsels him on Netflix bingeing on ‘Grey’s Anatomy‘. When Katie realizes that Greg’s friend Stan who is suffering from a mid-life crisis, up and left the country she decides to up her efforts. She plans a “mother and son ditch day”. Oliver refuses to go along with this plan because he does not want it going on his permanent record. Katie even insists that Oliver watches ‘Ferris Bueller’s Day Off‘ to prepare. However, Oliver pulls a “reverse Ferris Bueller’s” on her so he does not have to miss school. 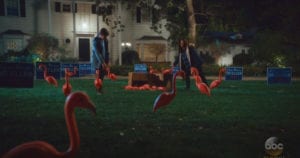 Katie was a D student in the grade department, but she was an honor student in ditching school. After spending the day with Oliver, sneaking into a movie and engagement ring shopping at Zale’s, they return home to find Chloe Brown Mueller (Jessica St. Clair) placing her election signs in their yard. So on top of their epic “mother and son ditch day”, they sneak to Chloe’s yard and flamingo her yard. (Now in case you do not know how to “flamingo” someone’s yard, you basically place as many plastic pink flamingos as you can in their yard. This only works if they find them hideous and tacky by the way) While they are “flamingoing” and artistically adding some male genitalia to Chloe’s election sign’s as well the police arrive and Katie yell “scatter” well Oliver may have straight A’s, knows how to speak Mandarin and plans to attend Harvard but evidently doesn’t know what “scatter” means so Katie and Greg are called to the police station to pick him up. Shocked that she had gotten Oliver arrested, Katie was not as amused with her son’s choice of a practical joke that he and the police officer decided to play on her. 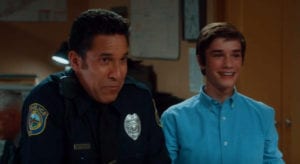 Moral of this episode dear readers, as Katie explains to Oliver is life is short and you should enjoy it. She did not care her grades or school and Greg did care about his grades and going to school and they were in the exact same place in life. The same house even. She was even in a little better spot as Anna-Kat (Julia Butters) points out because Katie doesn’t even have to wear real pants if she doesn’t want too.