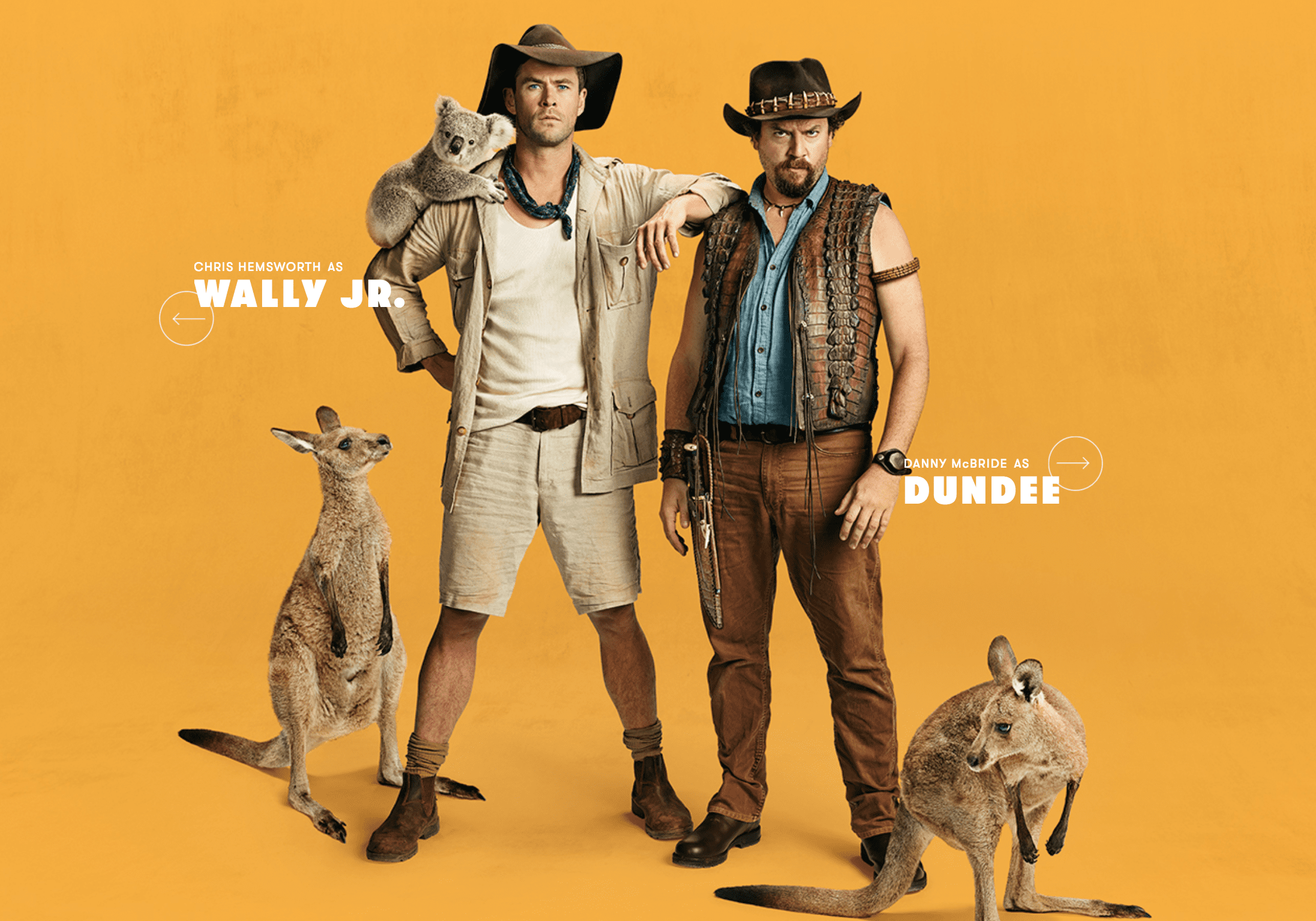 UPDATE (1/24/18): According to The Brisbane Times, “Industry sources have indicated the teaser – featuring US actor Danny McBride – is part of an advertising campaign for Tourism Australia, set to air during next month’s NFL Super Bowl.” Tourism Australia has yet to comment on this subject, but, I imagine we will see the continuation of the ‘Dundee’ story during the Super Bowl…regardless of what the advertisement is actually for.

If you aren’t a sports fan, you usually wind up watching the Super Bowl solely for the commercials. They’re inventive, fun and full of celebrity cameos…companies also spare no expense and go all-in when it comes to budgeting these things.

This leads us to ‘Dundee.’ A mysterious teaser trailer that popped up online the other day starring Danny McBride…and Chris Hemsworth? Rimfire Films is credited to be behind the film (the same company that produced the original films) and Screen Australia also has their name attached.

Films shooting in secret isn’t a foreign concept (the Cloverfield films), and let’s be honest…I don’t think there’s a rabid audience dying for a new Crocodile Dundee film (besides me). So, it would make perfect sense if they were able to film in secret on location in Australia.

While every part of me wants this film to exist…I think we’ve all be tricked by some clever marketing. If you’re a true fan of the Crocodile Dundee film series, you will recall a Subaru Outback Commercial that aired back in 1998.

So, in conclusion…if you’re going to find a way to bring back an icon like Crocodile Dundee, you need to do it the right way. The folks behind this ‘campaign’ are familiar with how the Dundee franchise ended making the character of Brian Dundee make logical sense (hell, even the website looks legit). And, while I hope and pray that we are getting a mysterious new Dundee film…I have a feeling that we are getting a multi-commercial advertising campaign during the Super Bowl.

And…if we don’t…we will be meeting Brian Dundee this Summer in a full-length entry in the Crocodile Dundee franchise.

What do you think? A potential film or clever marketing campaign?

In the meantime, make sure to visit: https://dundeemovie.com