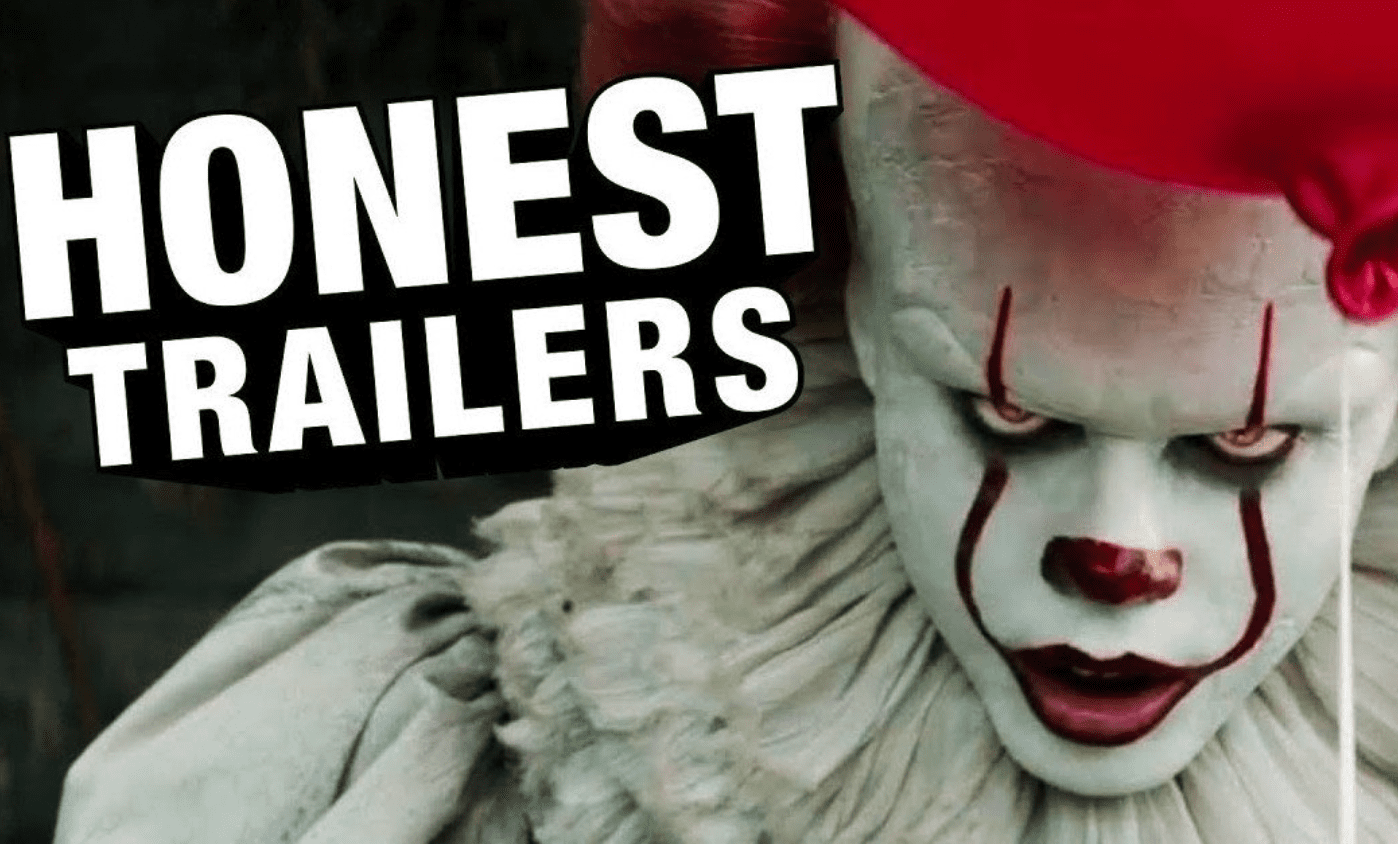 If you’re terrified of Pennywise the clown, the folks over at Screen Junkies may be able to help you overcome that fear.  Their latest installment of Honest Trailers tackled one of 2017’s biggest hit films, IT.

According to the honest trailer, the rule of thumb for the film is the main characters get spooked while everyone else is clown food in the child murdering capital of America – Derry, Maine.  The film follows the losers club made up of Goonies and Lost Boys with kids that could beat One Direction Fans in a screaming contest.  Starring the leader, the sick one, the bookworm, the kid from Stranger Things with glasses, the girl one and the other two, this honest trailer is definitely one of the best we’ve seen yet!

Voted number 3 on the list of 2017 films that viewers most wanted to see turned into an honest trailer, IT just doesn’t seem quite as creepy after watching the hilarious video below.  Check it out:

What do you think about the honest trailer for IT?  Let us know your thoughts in the comment section below!

‘IT’: Pennywise Haunts the Dreams of Bill Skarsgård