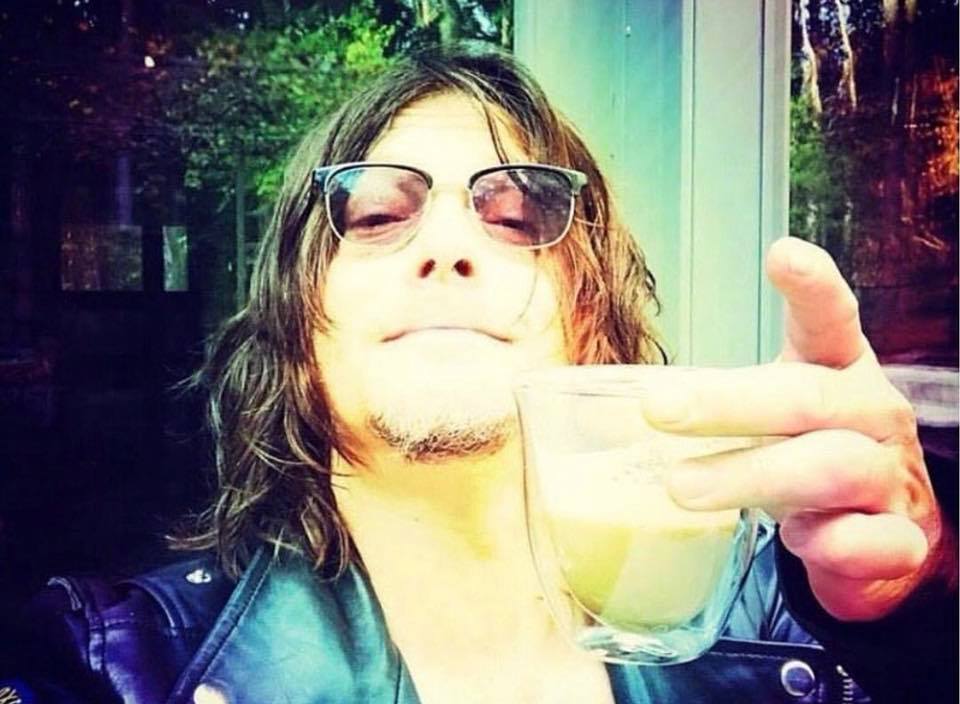 As if you needed to be reminded, one of pop culture’s finest is celebrating a birthday today which gives us reason to celebrate as well. From being a bad ass vigilante to a soft-hearted but equally bad ass zombie killer and even just being himself – he’s drawn in quite an audience around the world and from that audience has come an incredibly dedicated fan base.

Being a fan of Norman is a bit of a gift in itself and he knows a lot about that. Norman works with charity organizations and raises money for everyone from children with cancer to law enforcement agents and everyone in between. He uses his platform on social media to reach fans all over the world and while it takes just a moment, the impact lasts a lifetime.

He goes above and beyond for his fans, too, in all possible aspects. He stops for fans at airports and coffee shops, spends his weekends at conventions meeting thousands of people (often for the 2nd, 3rd, and 40th time), and never misses a beat.

Those sentiments hold true for those in his life both professionally and personally, however, for Norman, the two are hardly separate. If you ask those cast in television or film with Norman, they’d tell you they’re like family. From The Walking Dead to Boondock Saints and Ride with Norman Reedus – just to name a few – Norman has left an impact on those in the business and fans around the world.

Norman got his start at a party in Los Angeles where his drunken yelling made someone approach him and ask if he’d like to be in a play. We have to say, we’ve never been happier that someone got drunk before.

From there, he starred in films and television in addition to modeling and featuring in music videos as well. Including our favorite, Lady Gaga’s Judas. He’s seemingly done it all. So today, as we celebrate Norman’s birthday, we decided to look at 6 of our favorite roles he’s taken on.

One of Norman’s first roles, Archie was a character that you should want to relate to, but some find themselves doing so anyway. He’s the ‘outcast’ who gets caught up in all of the wrong things until, suddenly, he doesn’t. His character may have started out in this film with a certain mission, but upon falling in love, all of that changes. If you’ve not yet seen the movie we won’t spoil it for you, but we recommend watching it.

This film was another of Norman’s earlier movies and it’s definitely one that his fans should have in their collection. Van is emotionally and otherwise neglected by his father so he struggles through pain without knowing how to handle it properly. That mixed with having to give up his aspirations to be the adult figure in his home led him down messy roads. It’s intense, it’s real, and it pulls out a side of Norman which we believe set him up for many of his later roles. It showed his emotional depth and it sticks with you, even after you’ve turned off the movie.

We couldn’t make a list of his best characters without this one. Most fans of Norman will say this is one of their top 5 performances, if not top 3. He drinks, he smokes, he kills, and he does it in style. This role was undoubtedly as fun for him to play as it was for us to watch, if not more so. There’s something about a vigilante role that he plays incredibly well and you can tell by the film’s audience. Everyone can watch Boondock Saints and enjoy it.

Sky was a brilliant film and Diego was an even more brilliant character. It’s not a romantic film in the sense you’re used to, but after you watch it, you realize it’s one of the most romantic films there are. The sort of love you try to avoid ends up being the best love when you embrace it. That’s what Diego learns through the film. You can’t escape who is meant to be yours. We’d like to see Norman in more roles like this one.

For a character not in the comics, Daryl has taken on quite possibly the largest fan base in The Walking Dead’s realm. That whole ‘If Daryl dies we riot’ thing is as intense as it sounds and you can see that anytime he’s so much as hurt. Like when he was caught in Negan’s grasp, we couldn’t wait to see him free once again. That wasn’t the first or the last time we were so attached to him.

While Daryl began as someone who came off as cold and withdrawn, he grew to open himself up to those around him, allowing himself to not only love but to feel love. While the future of all of our favorite characters right now hangs in the balance, the series wouldn’t be what it is today without Daryl and there’s nothing we appreciate more than his vest wearing, crossbow baring, badassery.

We have to say, Norman as Norman is our favorite version. He takes on the open road in his series Ride and we get to see a side of him that no role in television or film could tap into fully. We get to see the softer side of him who enjoys food, fun, laughter, and friendship. The adventures he takes his friends on and the lessons he takes with him as he goes make us all strive to be more appreciative of what we have in front of us, and who we share it with.

So, here’s to you Norman. We hope your birthday is as incredible as you are!