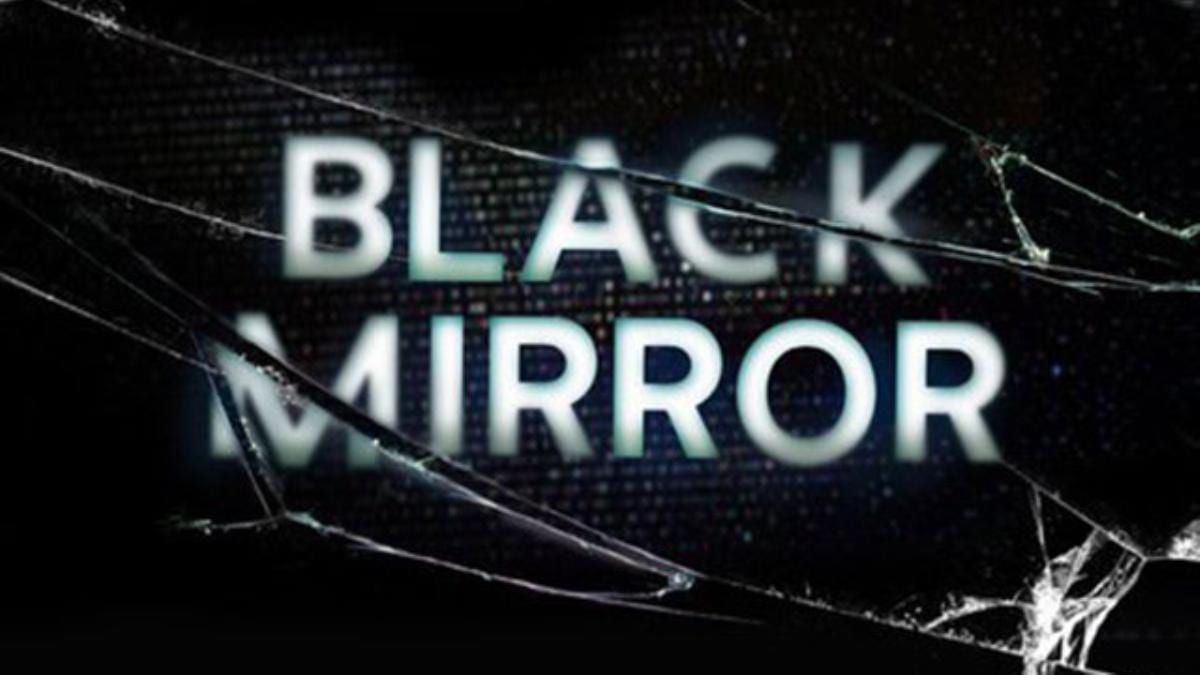 Netflix’s Black Mirror was one of the most anticipated shows of 2017 and boy, did it deliver! The latest season began streaming last week and fans of the dark tech series found themselves completely immersed in Charlie Brooker’s twisted universe.

From spaceship battles to killer robots, season four of Black Mirror has a little something for everyone. But it’s not without its faults. As in all TV series, some episodes were stronger than others, so I ranked all six episodes from worst to best. Here’s where each episode lands on my list:

Metalhead is, hands down, the weakest of this season’s episodes. Set in a post-apocalyptic future, Metalhead follows Bella and two others as they go on a dangerous mission to retrieve an undisclosed object from an abandoned warehouse. There, they encounter one of many dog-like robots that scour the earth to hunt and kill humans. Bella is the only one who escapes unscathed and we spend 40 minutes watching her try to outrun the killer robot.

While the premise is interesting, Metalhead feels more like a filler episode than anything else. I would have preferred to know what happened before the world fell to this level of desolation and despair. Unfortunately, we don’t get an explanation—just black and white footage of a robot scrambling to kill every living thing in sight.

Hang the DJ imagines a world where Tinder is a thing of the past, where an all-knowing system selects your perfect match…and you have zero say in who that is. The episode starts off with Amy and Frank, just two of a whole community of people walled off in The System. They have their first date during which a small piece of tech resembling Google Home Mini pre-determines the length of their relationship—in this case, it’s just 12 hours. They’re shipped off to a house where they spend the duration and then part ways once their time is up. The problem? They can’t stop thinking about each other.

For the next year or so, they’re assigned to relationship after relationship until they’re finally brought back together again. Not willing to face another separation, they rebel and scale the wall to finally (finally!) escape the system.

A lot of people really enjoyed Hang the DJ, but it fell a little flat for me. It seemed to be trying way too hard to be this season’s San Junipero and it reminded me a lot of Yorgos Lanthimos’ The Lobster. I couldn’t get either of these out of my head long enough to enjoy this one.

If there’s one thing a kid doesn’t want, it’s a helicopter parent and Arkangel takes that term to a whole new level. Set sometime in the not-too-distant future, Marie loses her daughter Sara during a playdate…and then she basically loses her mind. Marie later takes Sara to a clinic to receive a tracking implant that lets her monitor Sara’s every waking moment from an iPad-like device. She carries it with her everywhere, checks on Sara every free moment she gets, and essentially becomes obsessed with her Sara’s well-being. Marie also has the ability to censor what Sara sees and hears. And—surprise, surprise—it leads to disastrous circumstances.

I’ll be honest and say that this was one of the strongest episodes of the season. I ranked it at number four only because it made me so angry. It also made me ask myself a million questions. What possesses a parent to infringe upon their child’s privacy (even as a teenager/young adult)? Why do some parents believe they own their children to the point of suffocation and, ultimately, social isolation? If anything, Arkangel is a warning to obsessive parents out there who feel deeply inclined to know their child’s every move.

Perhaps one of the more frustrating episodes of the fourth season, Crocodile is bleak, brutal, and bloody. When successful architect Mia is contacted by a man from her past, she’s confronted with a 15-year-old dilemma that she thought was long-forgotten: a murder she helped cover up. So, she takes matters into her own hands and kills him to eliminate any and all threats to her current success. Meanwhile, a self-driving truck hits a man on the street down below…and our architect/murderer is considered a witness.

In this world, the law requires any witnesses to come forward with their recollections of an incident. But rather than give written or verbal statements, witnesses are asked to provide access to their memories via a machine called The Recaller. Of course, Mia’s memories of the accident are mixed up with the murder she just committed, so she goes on a killing spree to eliminate anyone who might know of her dark deeds.

I’ve seen a lot of other viewers hate on Crocodile, but I enjoyed it for the sheer wonder and frustration it sparked within me. I marveled at how this woman just spiraled out of control at the mere prospect of losing the life she built for herself. And I was frustrated by the stupidity of episode’s final twists and turns. What really struck me, though, was the overarching message of the story: yes, advanced technology has its dangers as we see in the self0-driving truck accident, but humans can be even more dangerous when their livelihood and freedom are threatened. We see evidence of that every day regardless of the technology we have in our pockets. So, what does the future of technology, as we see in this episode, hold for us?

This episode was filled with some really gruesome tales, all connected by one man: Rolo Haynes, the proprietor of the Black Museum. Once a neurological research recruiter, Rolo was responsible for onboarding test subjects for new technologies. Now that his prime has past in the tech field, Rolo’s taken all of his science-y artifacts and created the Black Museum where young Nish comes to pique her curiosity.

Rolo takes Nish through a series of awful stories, each one intertwining advanced technology with the downfall of humanity. What we ultimately come to understand is that Rolo himself is the darkest, most depraved of them all. His feature exhibit is a hologram of a black man executed some years prior. Rolo, proud of his contributions to the neurological tech industry and starving for money, forces the digital prisoner to relive his execution time and time again for fiending white supremacist eyes…thus, cashing in on the man’s pain and his patrons’ twisted mindsets.

I liked this episode for the final vignette alone. It’s a timely story, one that speaks directly to today’s political and racial divides and the media frenzy surrounding them. 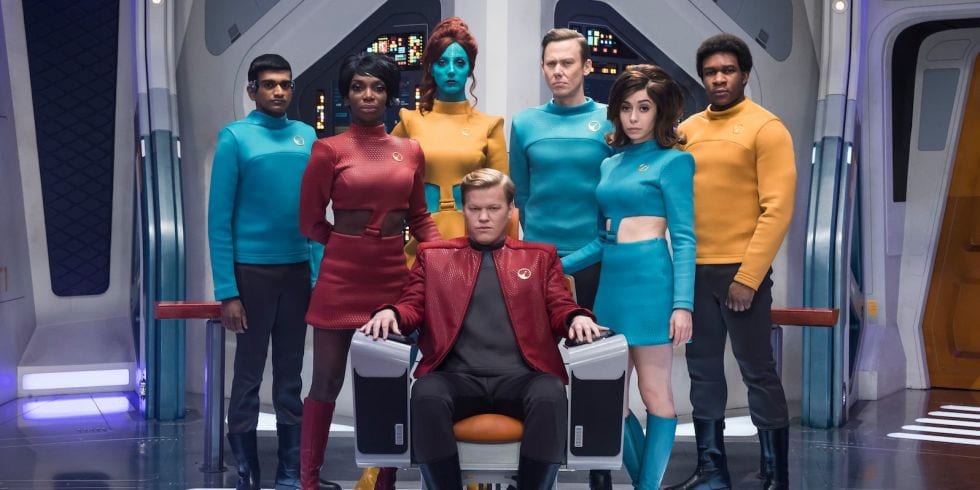 Star Trek fans will either love or hate this episode. As a non-Star Trek fan, I was skeptical at first. The episode starts off in a Star Trek-like spaceship with a Shatner-esque captain who gets to order people around and kiss all the girls. What we soon learn is that this isn’t outer space at all but an immersive video game similar to VR. The guy running the show, Robert Daly, is the same one who invented the game…and also the same dude who’s also a complete dud in the office. Fellow executives and office underlings trump Robert’s personality, authority and autonomy at every turn. What they don’t know is that Robert is quietly exacting his revenge by stealing their DNA and making clones of them for his video game. As you can imagine, it gets weird, scary and disastrous pretty fast.

This is the very first episode of the first season and, in my opinion, the most visually compelling. You’re transported between worlds just the way the characters are and you’re engrossed in the story right from the start.

Season four of Black Mirror is now streaming on Netflix.