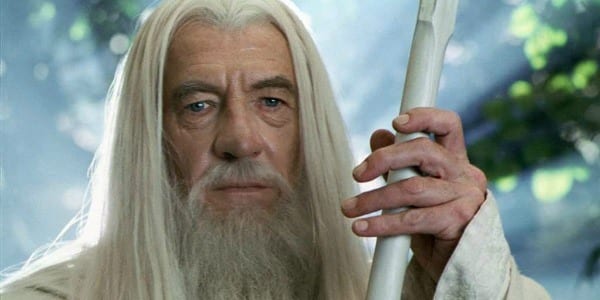 Last month, it was announced that the classic Lord of the Rings story is being developed into a new television series.  The series eventually landed with a multi-season deal at Amazon.  In general, fans were unsure of how they felt about the new take on the old classic.  Many felt that the original films were a perfect representation of their favorite literary characters and that nothing else could compare but, what if those actors were able to reprise their roles for the television series?  As it turns out, that idea is still a possibility according to Ian McKellen (aka. Gandalf).

McKellen appeared on Graham Norton’s BBC Radio 2 show on Saturday and was asked if it would be annoying to have another Gandalf around.  McKellen responded by saying:

“What do you mean, ‘another Gandalf’?  I haven’t said yes because I haven’t been asked. But are you suggesting that someone else is going to play it? Gandalf is over 7000 years old, so I’m not too old.”

McKellen certainly sounds like he would be open to reprising his iconic role for the Amazon television version of Lord of the Rings though, the series may be heading in a different direction.  Last month, it was reported that the new series is expected to focus on storylines which occur before the events Peter Jackson’s Oscar-winning trilogy.

What do you think about Ian McKellen showing interest in reprising his role as Gandalf in the new Lord of the Rings series?  Are you excited to explore new stories from Middle Earth?  Let us know your thoughts in the comment section below.

‘Lord of the Rings’ gets Multi-Season Deal at Amazon

Amazon and Warner Bros. in “Very Early Talks” to Develop a ‘Lord of the Rings’ Series

‘Lord of the Rings’ Cast Has Epic Reunion!