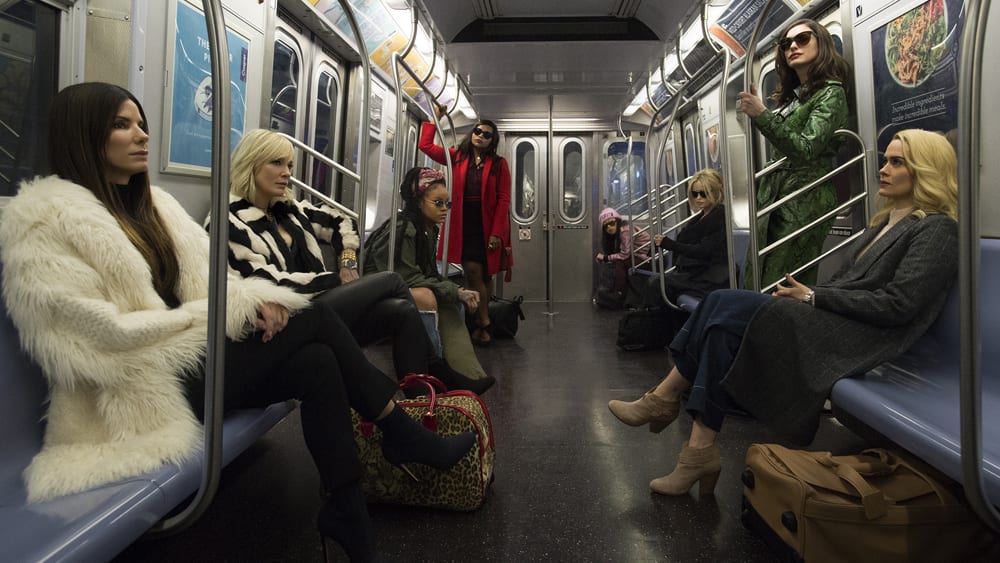 Warner Bros. have released the first poster for the upcoming crime flick Ocean’s 8, which features an all-female cast. Judging from the luscious red promo image the film is going to showcase iconic girl power from start to finish.

Acting as a sequel to Steven Soderbergh’s Ocean’s trilogy, we will see Bullock portraying Debbie Ocean the sister of Danny Ocean (George Clooney).

In an interview with EW, Bullock said: “Yes, I am Danny Ocean’s sister. I’ve been incarcerated for about five years and you find out why during the course of the film.”

“We definitely come from the same family and we’re both very good at what we do in our own special way. So you can only imagine that once I get out, that’s when the heist ensues,” she added.

Debbie will lead the team of ultra-fab thieves as they plan to crash the Met Gala in an attempt to rob A-listers of their jewellery.