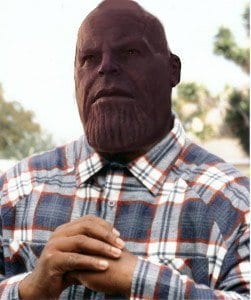 When the trailer for Avengers: Infinity War dropped, fans noticed a few things immediately. One, we were all suddenly crying. Two, there clearly had been little reconciliation after Civil War (as to be expected) and three, Thanos reminded us of something…but we couldn’t immediately put our finger on it.

Now, we’d seen him already, in promo and in end trailers, but this time we saw him step out, ready for battle. While he still looked like the terrifying evil set out to destroy the Avengers as we know them, we saw something a little less sinister within him too.

Marvel fans immediately took to social media, both as a coping method and because some of this is just too perfect, with what popped into their heads when they first saw Thanos in the Infinity War trailer.

Some fans haven’t even seen the trailer yet because they just couldn’t get past this.

Some fans thought he looked a bit like Homer Simpson and they even gave him a doughnut.

Others got a Bruce Willis vibe, we have to admit, we had a good chuckle at this.

Our personal favorite, though, has to be Rick Thanos. Honestly, we laughed for about 5 minutes at this one. We aren’t sure why we didn’t notice it ourselves first, but we’re glad someone did. 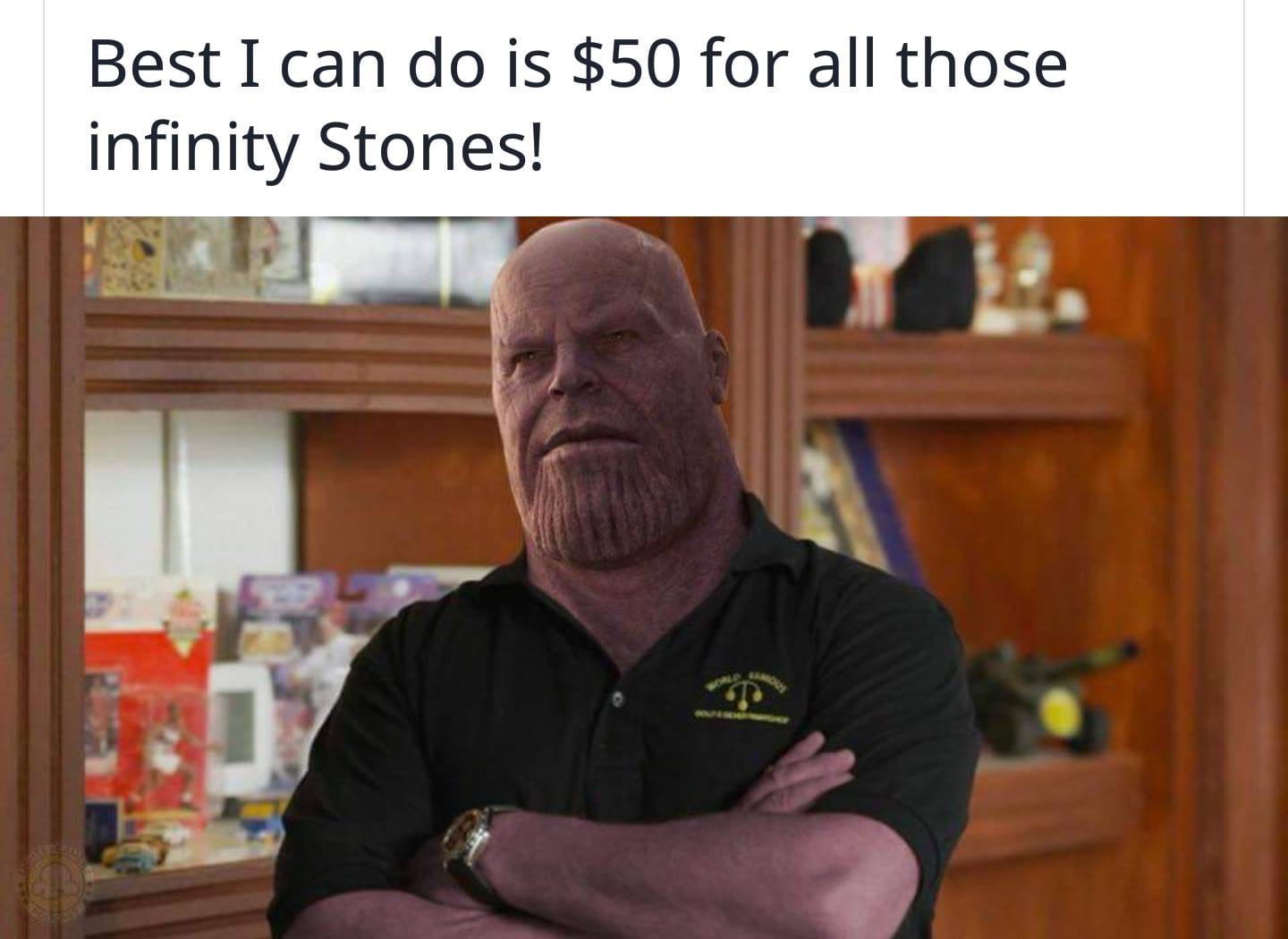 We also couldn’t stop laughing at Thanos as Deebo, there were a few versions floating around, but this one is fantastic. 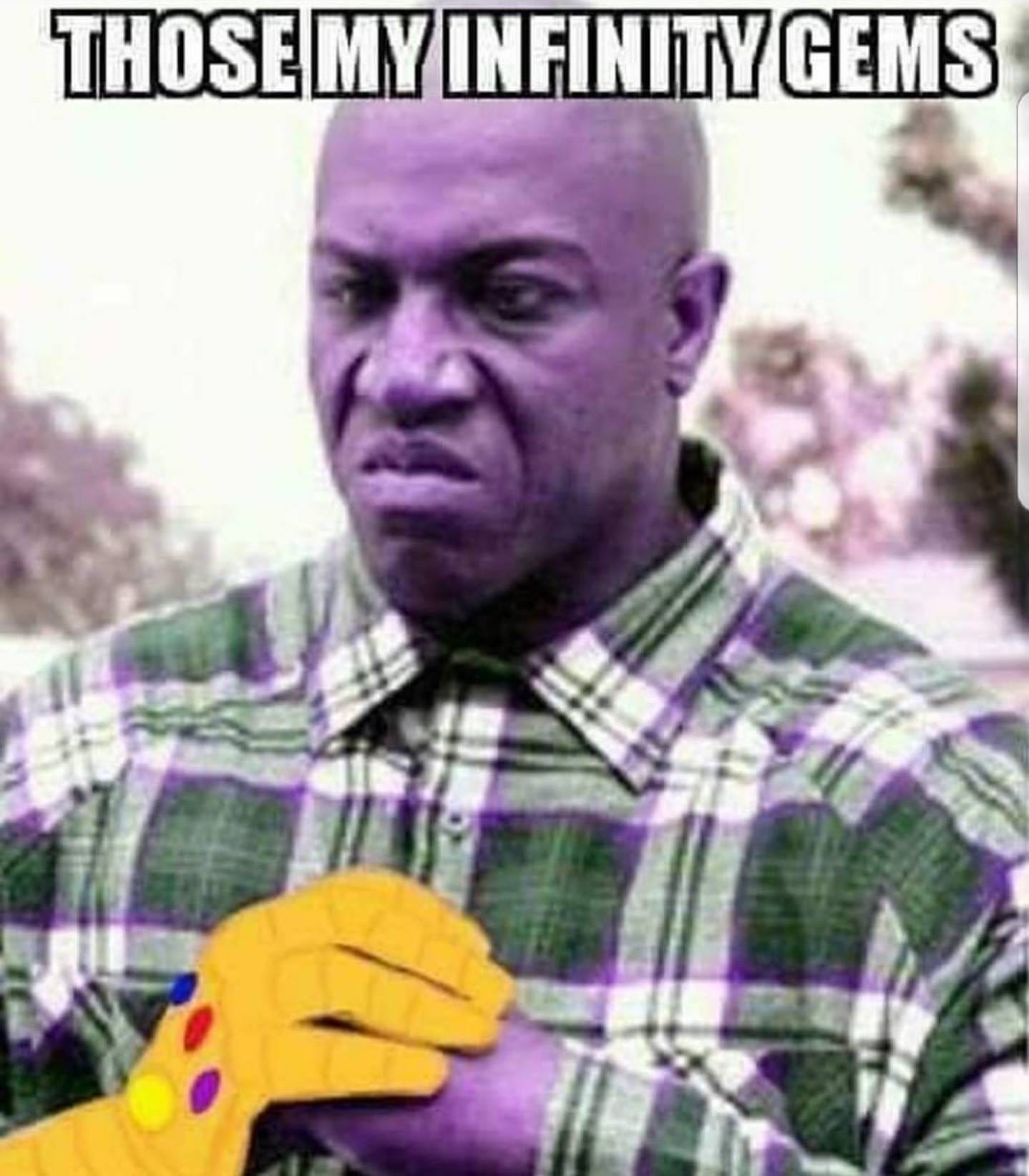 Of course, one of the big memes going around the internet for some time now has been the whole ‘you vs the guy she tells you not to worry about’ thing.

Fans couldn’t miss an opportunity to use that one.

What was your favorite Thanos meme so far? Let us know.