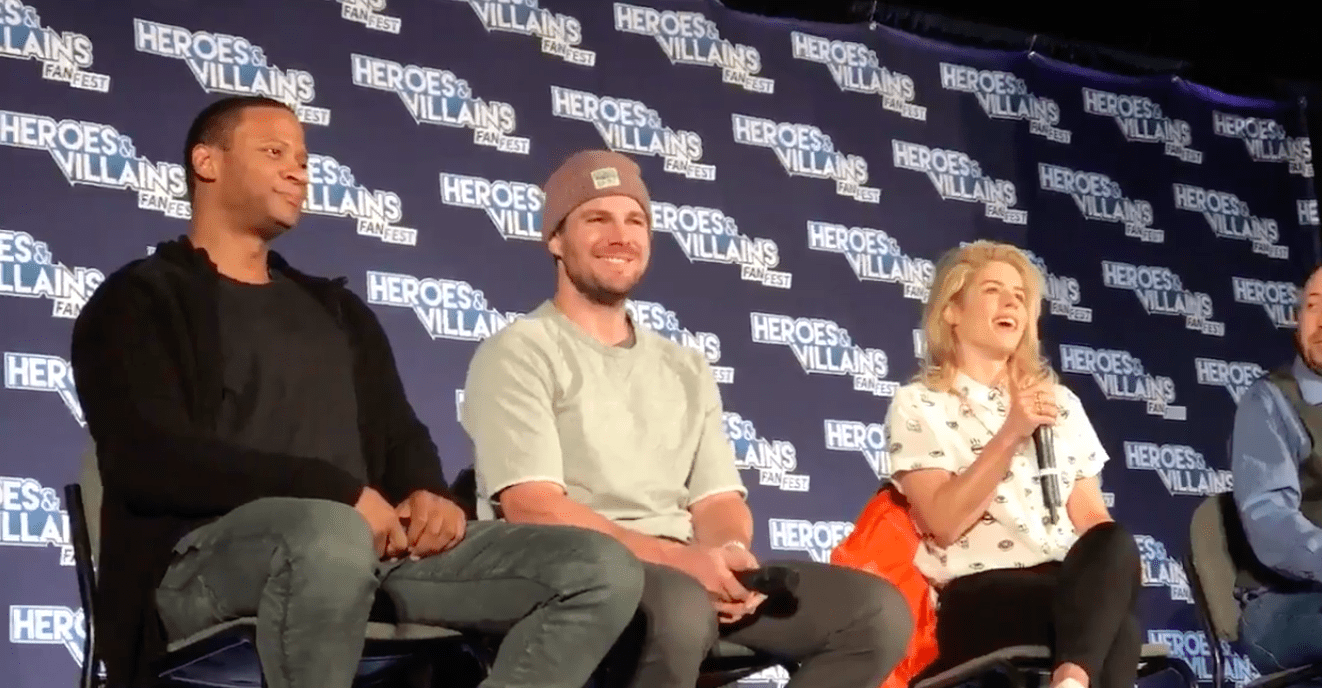 Heroes & Villains Fan Fest Atlanta took place this weekend, and you bet all your favorites from the DC shows were present!

Stephen Amell, Emily Bett Rickards and David Ramsey took the stage Sunday morning for their panel and you do not want to miss these highlights!

Fans stepped up to ask questions of all kinds, including sweet young fans. One fan asked what each would pick as their favorite animal, and also their favorite type of science.

Stephen Amell took his daughter into consideration and made sure to include the princesses!

One other little fan, in particular, made for arguably the best panel moment of the entire weekend!

She asked Stephen a very pertinent question that would merge two very different worlds: The world of My Little Pony, and the Arrowverse.

“If Rainbow Dash and Team Arrow had to face-off, who would win?”

Stephen needed to know more abour Rainbow Dash, and she kept sounding cooler and cooler, leaving him with not much to fight with! But the young fan was not taking any of it! Check out what she said next!

The three were asked to play 2 truths and a lie about the upcoming crossover episode, and David Ramsey had a lot of fun with the question.

(Stephen and Emily also referenced Oliver and Felicity’s kiss in their options, so get ready! We’re getting a kiss!)

Emily also told fans a story most have never heard about the first time she met Stephen on set. She was super nervous and was scared to talk to him! Check out the full story.

Other highlights? Stephen Amell was asked about online negativity and upheld his belief that he should always have empathy for those who are being negative. Emily told fans what hearing from them means to her, and how important it is for her to hear their stories. She also talked about how much she enjoys getting to be a woman who young fans look up to.

David and Stephen talked a bit about their friendship and how they can’t look each other in the eye because they’ll start laughing!

We love these three! Be sure to catch Arrow Tuesday nights on The CW!