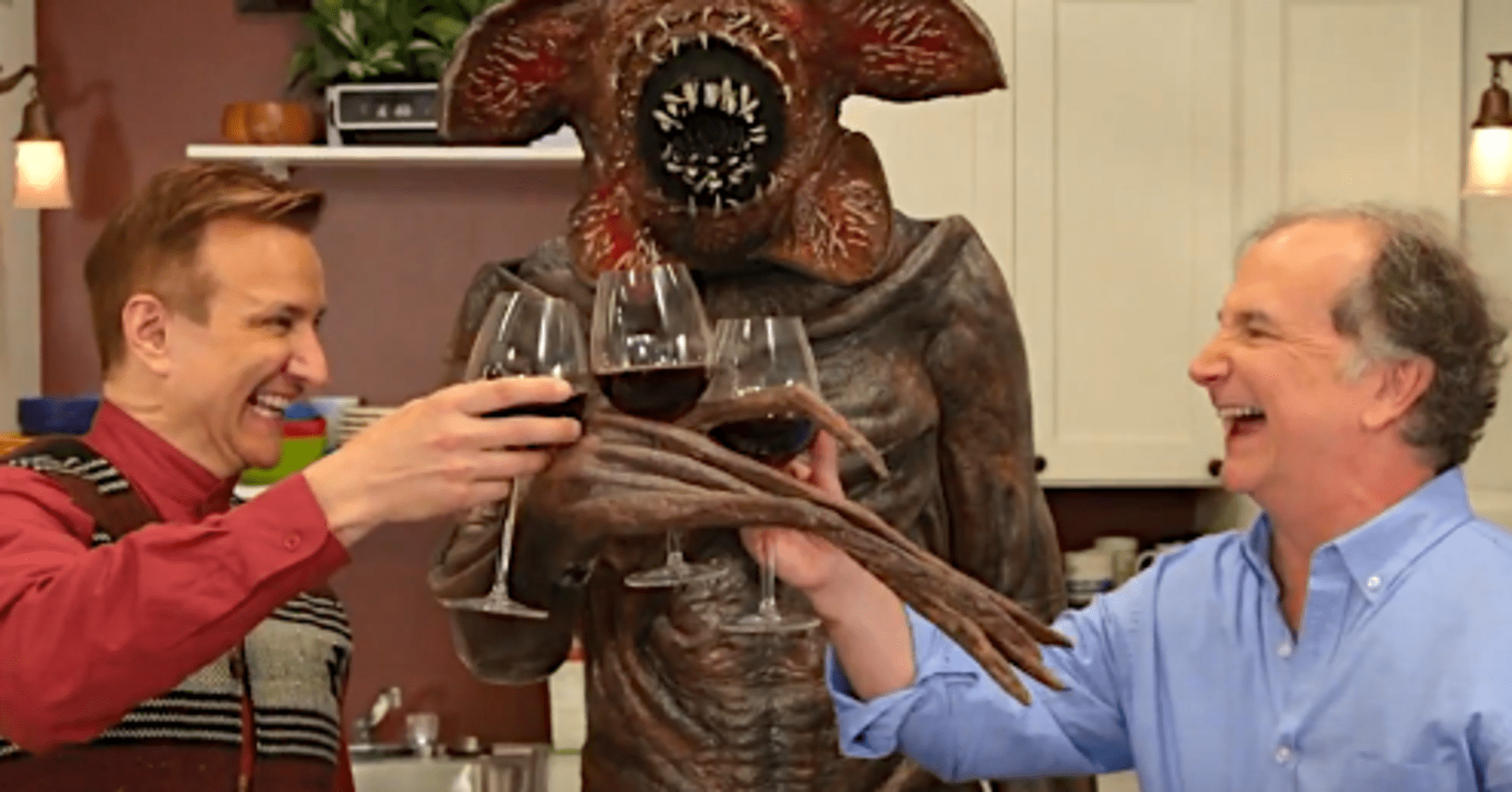 What happens when the Perfect Strangers characters Balki Bartokomous, cousin Larry Appleton and the Demogorgon from Stranger Things all move in together?  Thanks to late night host Jimmy Kimmel, we have an answer to that question and that answer is hysterical.

Earlier this week, Kimmel introduced a hilarious clip which mashes up the beloved 80s sitcom Perfect Strangers with the hottest retro 80s television series from today, Stranger Things.  Original Perfect Strangers castmates Bronson Pinchot and Mark Linn-Baker reunited for the sketch title Perfect Stranger Things in which their series characters, Balki and Larry end up welcoming an unexpected visitor.  Balki had invited his sister’s uncle’s dog’s nephew, who is named Dem O’Gorgon, to stay with them for a short while.

Imagine cousin Larry’s surprise when the doorbell rings and it’s not exactly who he expected.  As one might imagine, living with Dem O’Gorgon comes with some challenges.  However, even with experiencing troubles such as differences in decorative tastes and the fact that Dem O’Gorgon has killed off all of Larry’s and Balki’s friends, just like every 80s sitcom, there’s always a happy, feel-good ending and, of course, the dance of joy!

Check out the hilarious clip from Jimmy Kimmel Live below and be on the lookout for some very special cameos from Noah Schnapp, Gaten Matarazzo, Caleb McLaughlin and Finn Wolfhard!

What did you think of the Perfect Stranger Things clip from Jimmy Kimmel Live?  Let us know your thoughts in the comment section below!

Is There a Connection Between ‘Stranger Things’ Season 2 and Stephen King’s ‘IT’?