‘Sup readers? Welcome to this week’s On The Shelf, Fan Fest’s (mostly) regular book review column. Every week (more or less) I pick a newly-released book (this month has been awash with comic book releases, it seems), and then I let you know whether the book is worth showing off on your shelf, or if you should stick it on your ereader instead. Once, I hated a book so much I could find no honest reason to recommend it to anyone and so, just didn’t, but that’s only happened once.

This week’s read is Long Way Down by acclaimed author Jason Reynolds— if his name sounds familiar, it’s because he’s a New York Times bestseller, and he’s also won the Walter Dean Myers Award and the NAACP Image Award. Reynolds is a National Book Award Honoree, and he’s received multiple Coretta Scott King Book Awards. If you’re big into comic books, you probably know him from his turn on Miles Morales: Spider-Man.

Before I get into Long Way Down, I have to stick the standard disclaimer right here:

Disclaimer: I received an ARC of this book from Netgalley. However, all opinions expressed are my own.

Long Way Down follows Will, a 15-year-old boy whose life is thrown into a tailspin when his beloved older brother Shawn is shot and killed. The only thing Will knows is that, according to The Rules (a set of unchanging decrees that dictate how life must be lived in their corner of the world, where police can’t be trusted and revenge is a personal, endless business) and his own broken heart, he must set things right by killing Shawn’s murderer. And he’s pretty sure he knows who that is. Pretty sure. Armed with his all-encompassing grief, his instincts, and Shawn’s old gun, Will boards his apartment’s elevator with vengeance in his heart. Told in short, sharp, raw verse, Long Way Down takes place over the course of that fateful, potent elevator ride, as Will grapples with the most pivotal choice of his life: whether or not he should kill the guy who killed Shawn.

As previously mentioned, Long Way Down is told in verse, and because of that, this 320-page novel can be tackled in one sitting. It’s a swift, gripping tale that echoes real happenings printed in any newspaper (a continuous cycle of violence, an endless barrage of shootings, stabbings, etc.) and without knowing much of Will other than the worst day of his life, the reader is inextricably linked to him. I definitely felt like I was on that (turtle-slow, oh my God) elevator, dropping between floors, seeing what Will saw (no matter how unbelievable), feeling what he felt. And that right there is the hallmark of a brilliant novel. The ability to make the reader step outside of their own perspective and see from someone else’s, if only for a short while, even (especially) if it’s uncomfortable.

I don’t want to get too deep into the plot and what befalls Will, because even the lightest of spoilers feel like treading into some sort of betrayal territory. This is one of those haunting novels that you should experience for yourself. But if you’ve ever lost someone, if you’ve ever felt the need to settle the score for that loss, no matter how futile, Long Way Down will ring that bell for you.

My only fault with this book is that it seems to end with such knife-cut abruptness when the story was reaching its climax. But I also think that was the point, and as a reader, I like firmly resolved endings (there are exceptions), so the way this one was dangled, like a carrot on a stick, felt kind of unfair, because I wanted more. However, if you like books that end ambiguously,  you’ll definitely love Long Way Down.

Still, ending aside, I really did enjoy this book and absolutely recommend it a place on the shelf. If you want a copy, you can grab it here.

On The Shelf rating: 4.5 elevator rides out of 5 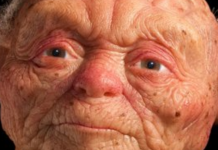