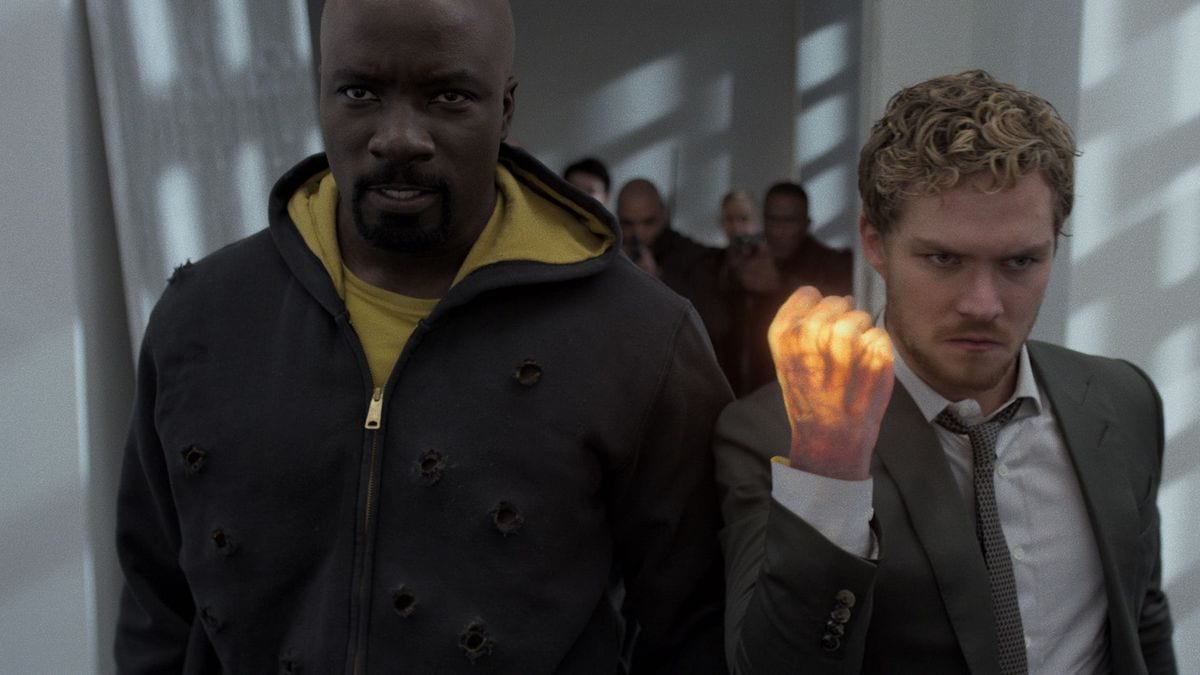 Get ready for round 2 of Luke Cage vs. Iron Fist!

New photos courtesy of Finn-Jones.com show the Heroes for Hire squaring off once again, but we’ll have to wait to find out why. Earlier this month, Entertainment Weekly was the first to exclusively reveal Jones’ appearance in the second season of Luke Cage, speculating that it could have something to do with Misty Knight (Simone Missick). That possibility is highly likely given that Missick will jump over to the second season of Iron Fist and the romantic involvement of Misty and Danny in the comics.

In a recent interview with BlackFilm, Mike Colter spoke a bit about the upcoming season of Luke Cage, especially the dynamic between Luke and Danny.

“There are people that love the idea of Heroes for Hire. When people saw The Defenders, they thought the relationship was good between Finn and I and they are curious. They want to see more of that. [Finn] will bring some fresh blood in the new season and I’m hoping that people will respond to it well. We are teamed up for a bit. That’s the whole point of bringing that flavor to it. I can see how this works. That’s what’s good about it. We’re giving people what they want. A lot of times people wanted to see Jessica Jones and Luke and what happens to them, but we went out on a limb and decided to ‘let’s give a little Heroes for Hire somewhere in the season and see what happens.’ Hopefully people will respond to it.”

Check out the photos of the Luke/Danny fight below, which also highlight Danny’s green and yellow “Sweet Xmas” tracksuit: