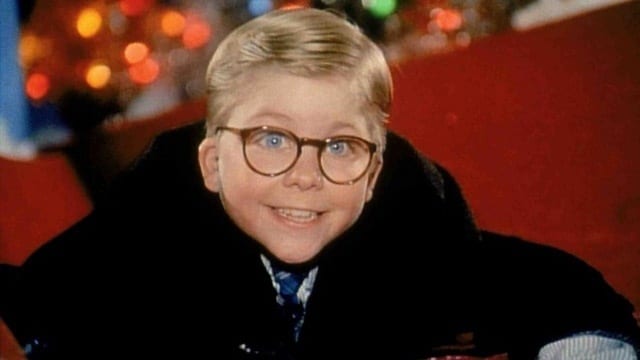 Oh, fuuuuuuudge, is this video is simply too adorable!

This December, Fox is bringing a beloved holiday classic to life as part of their live televised musical programming.  A Christmas Story the musical first debuted on Broadway in 2012.  The musical of course is based on the 1983 classic holiday film which has become a staple of the holiday season and a tradition for many families thanks to TBS’s 24 hours of A Christmas Story.

Like its film predecessor, A Christmas Story the Musical follows Ralphie Parker on his quest to get the perfect Christmas gift, a Red Ryder BB gun air rifle.  While Ralphie struggles with normal kid issues, like evading the neighborhood bully Scut Farkus or being responsible for taking care of his little brother Randy, his main struggle throughout the film is convincing his mom, dad, teachers and even Santa that the air rifle would be the perfect gift for him on Christmas Day.

Fox’s musical version is already coming together with Mathew Broderick taking on the role of the narrator/adult Ralphie, a role made famous by Jean Sheppard in the original film and Maya Rudolph taking on the role of Ralphie’s mother.  On Wednesday, Fox announced that they have cast the next young Ralphie for the musical production.

The studio held a nation-wide digital casting call in search of the perfect young actor to take on the role, however, 11-year-old Andy Walken from Seattle, WA won the ultimate prize.  Walken beat out 350 other applicants/auditions to land the coveted lead role and, the moment he received the good news was all caught on video.

A Christmas Story shared the video of Walken getting the present of a lifetime to their social media pages and, well, it’s just too darn cute for words!  Watch the adorable video below of the exact moment which Andy Walken finds out he’s landed the role of Ralphie:

So adorable!  A Christmas Story Live! will premiere on Fox on Sunday, December 17th.

This Mash-Up of ‘The Walking Dead’ and ‘A Christmas Story’ is Almost Too Perfect!