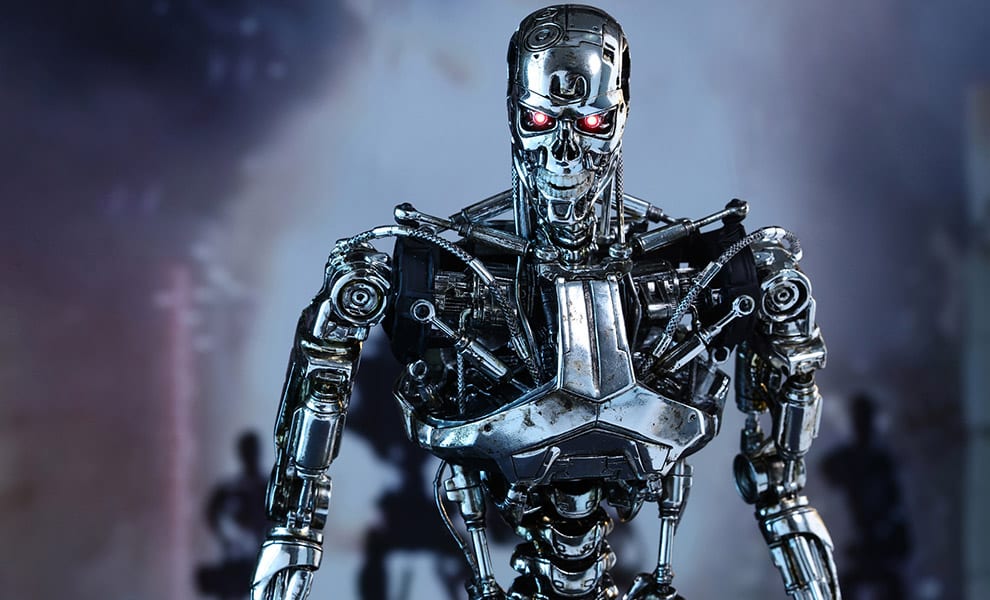 The new Terminator movie is really starting to come together.  Just last week, much to the delight of long-time fans, James Cameron made the surprising announcement that Linda Hamilton would be returning to the film franchise.

The announcement has seemingly breathed new life into the film and, this week, the official release date has been announced.  The Hollywood Reporter first broke the news that the new Terminator film will be released on July 26, 2019.

Tim Miller (Deadpool) will be directing the film and will be joined by Cameron and producer David Ellison.  Their vision is to create a trilogy of films during which Linda Hamilton and Arnold Schwarzenegger pass the proverbial Terminator torch onto a young female lead.  In order to do so, they have assembled a team of writers including David Goyer and Charles Eglee in order to construct the script.

Cameron told The Hollywood Reporter, “This is a continuation of the story from Terminator 1 and Terminator 2 and we’re pretending the other films were a bad dream. Or an alternate timeline, which is permissible in our multiverse. This was really driven more by [Tim] than anybody, surprisingly, because I came in pretty agnostic about where we took it. The only thing I insisted on was that we somehow revamp it and reinvent it for the 21st century.”

While Cameron is spending the majority of his time working on four Avatar sequels, he will, most likely, still be involved with the new Terminator film, albeit in a lesser capacity than in the past.

Are you excited for the new Terminator film?  Let us know your thoughts in the comment section below.

The new Terminator film will be hitting theaters on July 26, 2019.

Emilia Clarke Stepping Away From Terminator