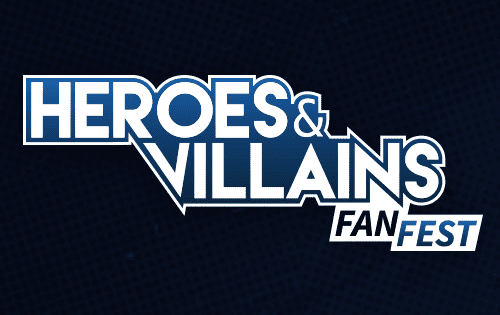 To cruise or not to cruise?  That is the question and we want to hear feedback from you about it!

Heroes and Villains Fan Fest is known for connecting you, the fans, directly with your favorite celebrities from hit shows such as Arrow, The Flash, Gotham and more!  The conventions are a ton of fun but, how would you feel about setting sail on the great blue ocean with your favorite celebs?  That’s exactly what Arrow stars Stephen Amell and John Barrowman want to find out.

Recently, Amell announced the launch of a survey page meant to gauge interest in such an event.  Amell took to his favorite social media medium, Facebook live, to make the announcement encouraging all fans to complete the super brief survey.  And we do mean super brief.  The survey itself contains only eleven quick questions and takes only a minute or two to complete. Check out Amell’s explanation below for full details”

Additionally, John Barrowman also shared the survey via his Twitter and other social media pages.  Can you image Barrowman on a boat?  This just might be the best idea ever!

https://t.co/XMeH5RuNrA
Can you imagine anything goes on a ship?! The only way to make this dream a reality is if you take this survey JB pic.twitter.com/TqkmmnA10A

The survey itself asks simple questions such as what time of year would you prefer to sail, which ports you’d be most interested in visiting and what is your preferred duration of the cruise.  It also allows you to give input on what activities you’d prefer to partake in on board the ship and what movies/television shows would you like to see represented.  This is your chance to help plan one of the most awesome vacations ever!

What Amell, Barrowman and the team at Heroes and Villains are hoping to create is a fully immersive way for fans to connect with their favorite celebrities which is just something that you may not necessarily be able to achieve in a traditional convention type setting.  This survey is only the first step in pulling together a massive at sea adventure for fans so if you have a few minutes to spare, make sure you complete it now.  We can’t wait to hear from you!

Click here for the Heroes and Villains Cruise Survey!