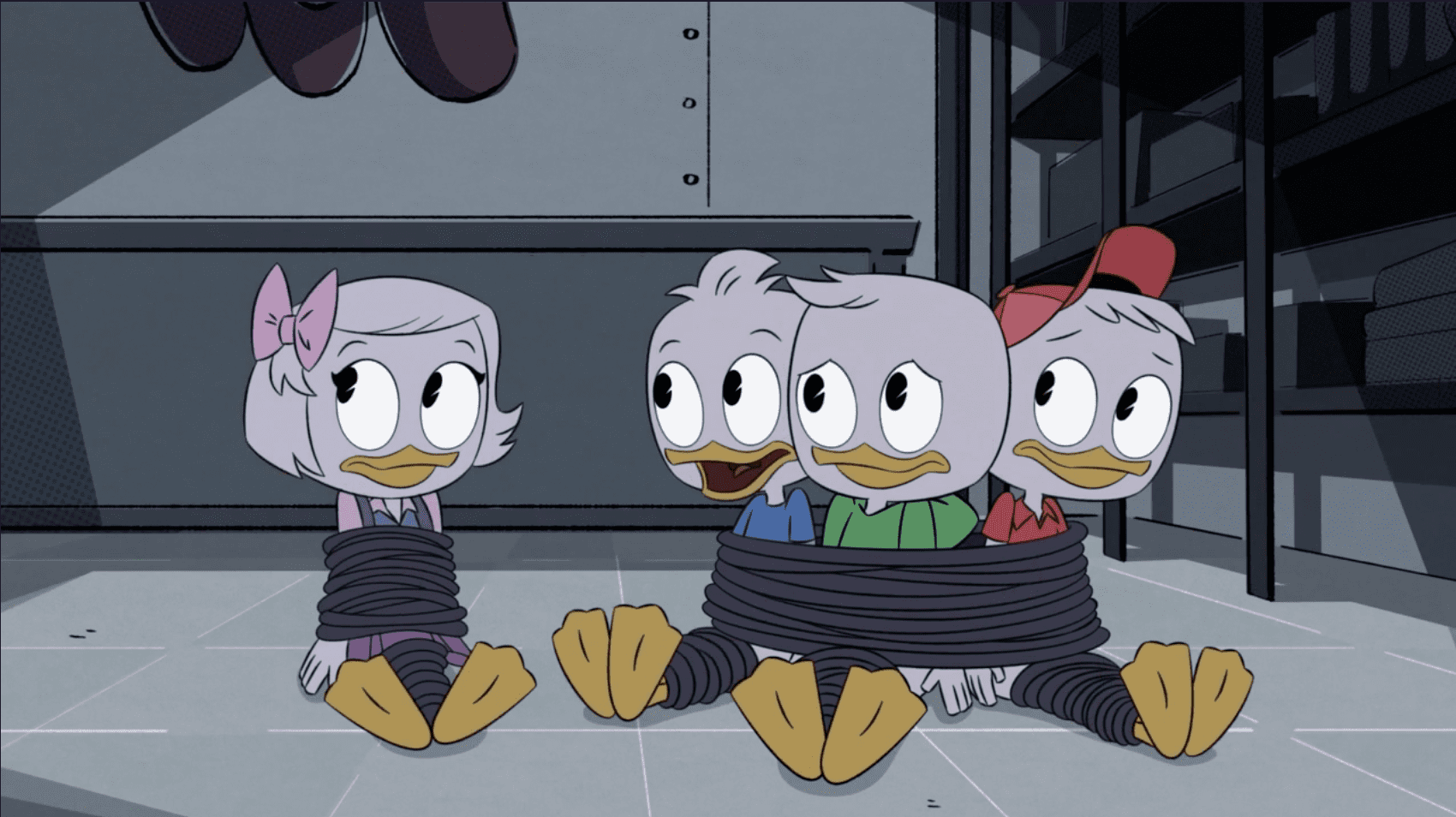 It’s been about a month since the Ducktales (2017) premier special “Woo-oo’d” us; but now it’s time for the season to begin in proper. We’ve seen how hour long/ two-parter episodes play out, but how does individual episodes of this new series work. Do you need to watch them all in succession to make sense of them – like LOST? Can you jump in whenever because there’s no unified story/ character development – like Family Guy. Or is it a bit of both – like Friends?

Well for its inaugural week, Ducktales gave us two standalone episodes to give us a proper feel for this series; and things looks just as great as when they started – if not better!

Much like the premier, each episode has a main storyline and an offshoot story that eventually crosses over/ brings it all together. This time around, both stories were by and large about how the new family is getting along now that they’re living together. The main tale followed Webby as the boys tried to help her be a “normal kid”, while the side adventure focused on Donald and Mrs Beakley being at odds with each other. Though both storylines would find resolution when one of the most infamous Ducktales villains returned, the Beagle Boys and Ma Beagle!

Beyond all the antics though, I was impressed to see how the story of the McDuck family (& Beakleys) and the Beagle family was set up as foils of the other. As the episode starts, almost everyone is at each other’s throats, much like how the Beagle Boys and their mom are always bickering. In the end though, the McDucks and Beakley’s joined forces and showed how they work well together, while the Beagle Boys bickering was their downfall. Even if you missed these subtleties, one of the Beagle Boys exclaims to Ma Beagle, “why can’t we have what they have”.

All in all, between the jokes and simple yet clever storytelling, I’m so happy this series was Rebooted. The love of this show and characters are still shining through in this episode, and even more so in the next one. So check back later this week as we look at the other new episode for this week “The Great Dime Chase”, where another Ducktales staple is introduced and mysteries abound!