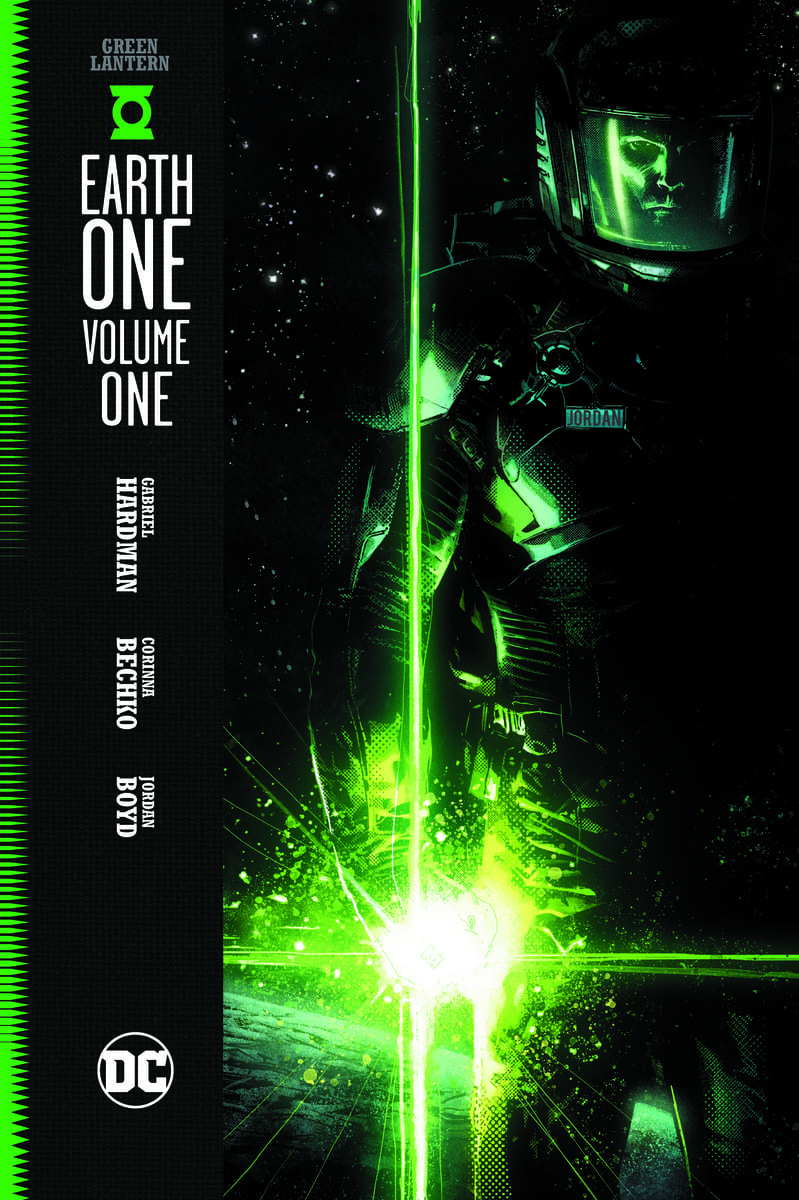 “Approaching this as an Earth One story gives us the opportunity to go back to the core concept of Green Lantern and interpret it through the lens of a modern, grounded sci-fi story while still being true to the Silver Age roots of Hal Jordan,” says Hardman. “Having storyboarded Interstellar, this is an approach I’m comfortable with and have wanted to explore in comics. Realistic sci-fi is only the beginning of this story; we have something much more epic in store.”

GREEN LANTERN: EARTH ONE VOL. 1 is a radical take on the iconic Lantern mythology, with compelling characters, stunning artwork and an intriguing storyline that is a perfect entry point for readers new to the Green Lantern universe. Hardman also illustrates the book, with colors by Jordan Boyd (SAVAGE THINGS, Invisible Republic).

“Hal Jordan is a smart, capable person with a space and science background who has a lot of untapped potential even before he finds the ring,” says Bechko. “That means he’s going to approach everything the ring does from the perspective of a scientist, but he’s going to employ it for action and adventure. The result for us as writers is the opportunity to fully embrace the science fiction aspects of the story in a way that would be impossible with a lot of other characters.”

GREEN LANTERN: EARTH ONE VOL. 1 will be available everywhere books are sold on March 20, 2018.