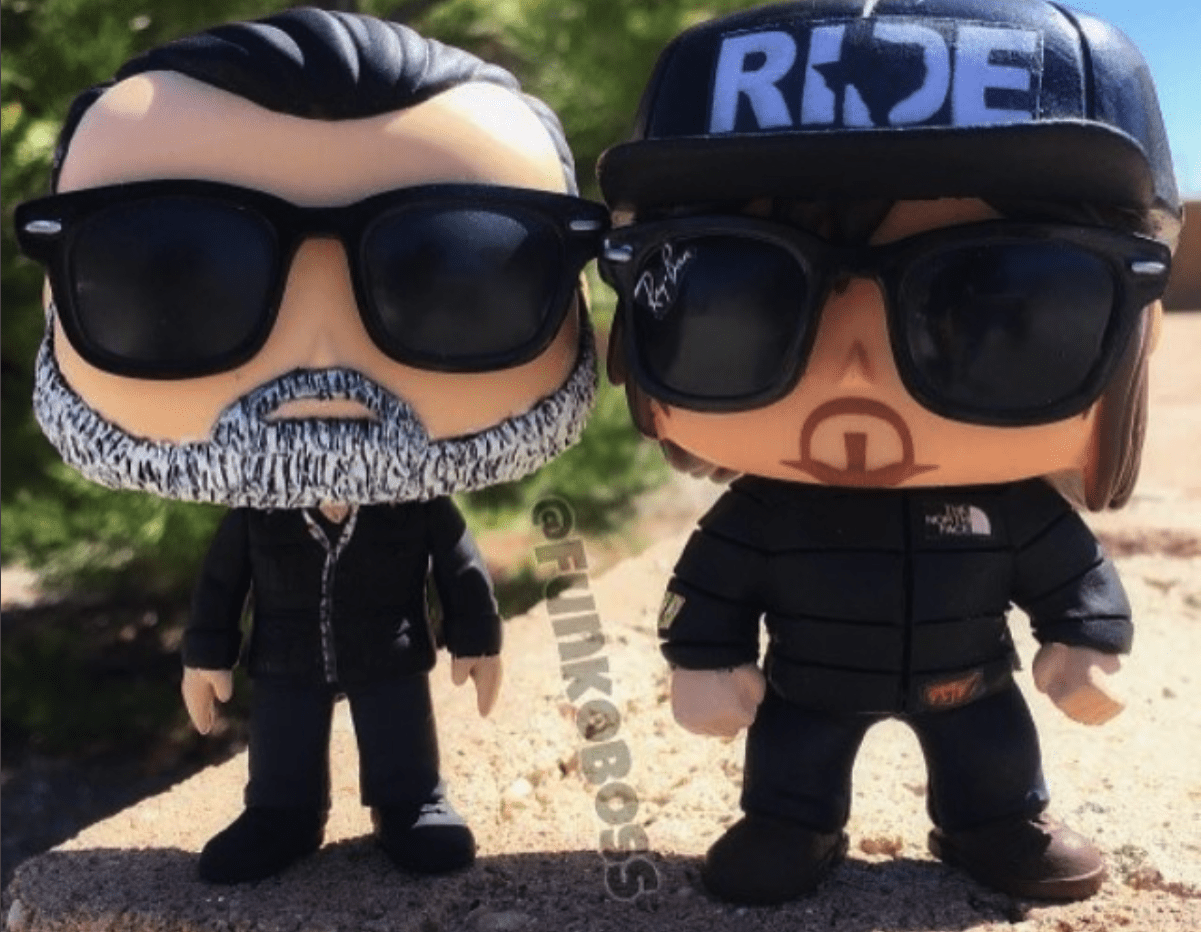 Norman Reedus and the folks over at AMC are preparing to kick off the second season of the motorcycle road tripping- inspired Ride with Norman Reedus.

The ground-breaking first season followed Reedus as he rode his motorcycle all across the country exploring different places, learning about motorcyclist culture and seeing some cool scenery along the way.  Throughout his journey from place to place, Reedus was joined by or met up with guest riders and friends along the way.

For the second season of Ride, Reedus will be taking a very special guest along with him on one of his excursions.  Earlier this year, during a Walker Stalker Cruise panel, Reedus teased the possibility of someone with a super awesome beard who looks like a biker joining him on an episode of the upcoming series.  Sitting next to him at the time was none other than his costar on The Walking Dead Jeffrey Dean Morgan who just so happened to be rocking a totally awesome Negan beard at the time.  While this was a clear tease that Morgan would be joining him on the series, this wasn’t really confirmed until recently.

Earlier this week, Jeffrey Dean Morgan posted the confirmation to his Instagram account with a super cute photo.  The photo shows two Pop! figures, one of Morgan and the other of Reedus wearing a Ride hat.  The caption on the photo reads, “@rideamc [Ride with Norman Reedus] premieres soon! @bigbaldhead [Norman Reedus] and I go on a great, and fun adventure and meet some cool folks on the way! Xojd”. Check out Morgan’s post below:

@rideamc premieres soon! @bigbaldhead and I go on a great, and fun adventure and meet some cool folks on the way! Xojd

The two stars will be hitting the road together for at least one episode of the AMC series and, as fans know, when these two get together, anything can happen!  Reedus also recently confirmed the season 2 premiere date for Ride via his Instagram.  Ride with Norman Reedus season 2 will kick on on November 5th, 2017 after the third episode of The Walking Dead at 11 pm.

Get your motor runnin’ because season 2 of Ride with Norman Reedus is setting up to be one wild ride!  Are you excited?