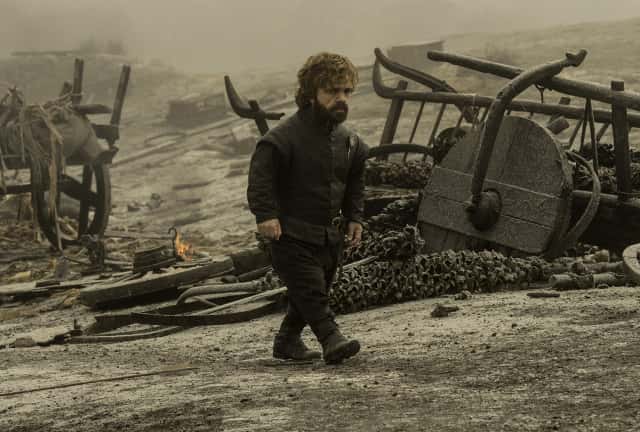 A Game of Thrones preview already?! That’s right Geeklings, I’m hitting you up a little early this week on the because I am taking myself a mini vacation this weekend. Yes, it’s okay for you to be super jealous of me but you’re going to be even more jealous when I tell you that I’m heading to the Game of Thrones pop up bar in Washington D.C. Yeah, I know. I. Am. Pumped. So, since we haven’t been able to stop talking about Game of Thrones since Sunday’s episode, I didn’t really see the harm in providing a preview piece a little early. You’re welcome.

When we last left Westeros, Daenerys and Drogon laid serious waste to the Lannister forces in what was some of the most epic ten minutes of television ever. Let’s be honest, how many of you have gone back to watch the ending of this episode over and over and over again? I’m guilty of it and I’ll probably do it again tonight. It looks like the attack on the Loot Train will set Cersei and the realm back a little bit, and I worry if this attack will give Dany the exact reputation that Tyrion and Varys had been warning her about. The spectacle of seeing one of her dragons in battle was worth the wait in its awesomeness but we have to consider the idea that this could be the first step towards recoil from the public. I’m all for Dany being the dragon but she also wants to have a kingdom to rule, and even though Tyrion has been striking out as of late, it’s important that she listens to his advice. I do worry that as this war goes on Dany will slip closer and closer to inheriting her father’s personality. Maybe she needs a little Jon Snow to help keep her level headed. That’s not a sex thing but more of she asked for his advice last episode thing.

Speaking of the Mad King, Jamie Lannister now floats on the “is he alive or dead” list after the events of last week. I for one don’t believe he’s dead as he’s worth more to the narrative alive but I can see the concern as he floats to the bottom of that puddle. Seriously. When I was watching the scene and saw him sinking I turned around and said to my group “that’s one deep puddle”. Apparently, the lakes and rivers in Westeros apply their own rules. One quick thing I noticed about Jamie last week that I haven’t heard mentioned anywhere else; when he decided to heroicly sacrifice himself by killing Daenerys did anyone notice that her back was to him? Jamie has worked so hard to escape the reputation of King Slayer and even in his moment of possible glory, he falls back into that person who would rather stab royalty from behind then face them. Just something to chew on. I’m not saying that Jamie is still that same person but the behavior certainly is the same.

I do expect both Jamie and Bronn to survive the battle, sorry Dickon, and become prisoners to the Mother of Dragon which opens an interesting dynamic for the Hand of the Queen. It was quite evident that Tyrion was not comfortable watching this battle unfold and one has to wonder if this is going to be a problem for him moving forward. There is no doubt in my mind that he wants Dany on the Iron Throne but does he have the stomach to deal with the consequences. Mainly, dead Lannister soldiers. Things like watching his brother and his best friend wage war against his queen. Tyrion also owes Jamie a prison break out and Lannisters always pay their debts.

Let’s shift gears and focus for a second on the name of the episode, “Eastwatch”. As you recall way back in the season premiere, Jon sent the Wildlings, lead by my man Tormund, to help fortify the Eastwatch as that was the closest location to Hardhome and the place where the White Walkers were most likely to hit next. Which means everyone there is pretty effed. In the trailer, Jon mentions a vision that Bran had, which means that the two are communicating which is another huge Stark family reunion, that has the White Walkers close to attacking. I’ve said once and I’ll proudly say it again if Tormund dies I riot… but I secretly know the truth. It doesn’t look promising. If next season is to be the Great War and the Long Night then I fully expect the Wall to fall this season. Remember when it was rumored that the Wildlings had the Horn of Winter? We know that they didn’t but what if the Night King does? You don’t introduce an item like that and never see it used. Same thing with building a giant wall of ice. You don’t build it unless you expect it to fall at some point.

If you recall with “Dragonstone” the episode title had two meanings. It was the location where Daenerys docked in Westeros for the first time as well as being the location to all of the dragonglass. Could “Eastwatch” be another episode that has dual meanings? Something tells me that we’re going to see a White Walker battle this week. They’ve been on the sidelines a bit long and this season has already proven that all bets are off.

Sticking with the North before we go, it appears that Bran and Arya are both on Littlefingers radar, but more importantly, it seems that Littlefinger is on Arya’s radar. There is no doubt that Littlefinger noticed that Arya was wielding the dagger he gave Bran during her training with Brienne, and he certainly looks impressed watching Arya go. He even gives her the head nod of approval. At this point, I’m not entirely sure just what Littlefingers game is up in Winterfell. He seems to be testing all of the Stark children looking for an in, and the only one he has yet to speak to is Arya. Something tells me though that she isn’t going to fall for his crap.

There you have it Geeklings. Three episodes left before we are Thrones-less, but if these last three are anything like these first four… man, are we in for something special. What do you expect from “Eastwatch” this Sunday? Will we finally see the White Walkers in action? Can Tyrion make his peace with fighting against his people? Is Jamie alive? How pissed will Cersei be? Sound off in the comments below and if you’d like further Thrones talk you can find me on Twitter @iamgeek32. Happy viewing on Sunday and please for the love of God let Tormund survive. 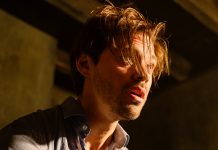