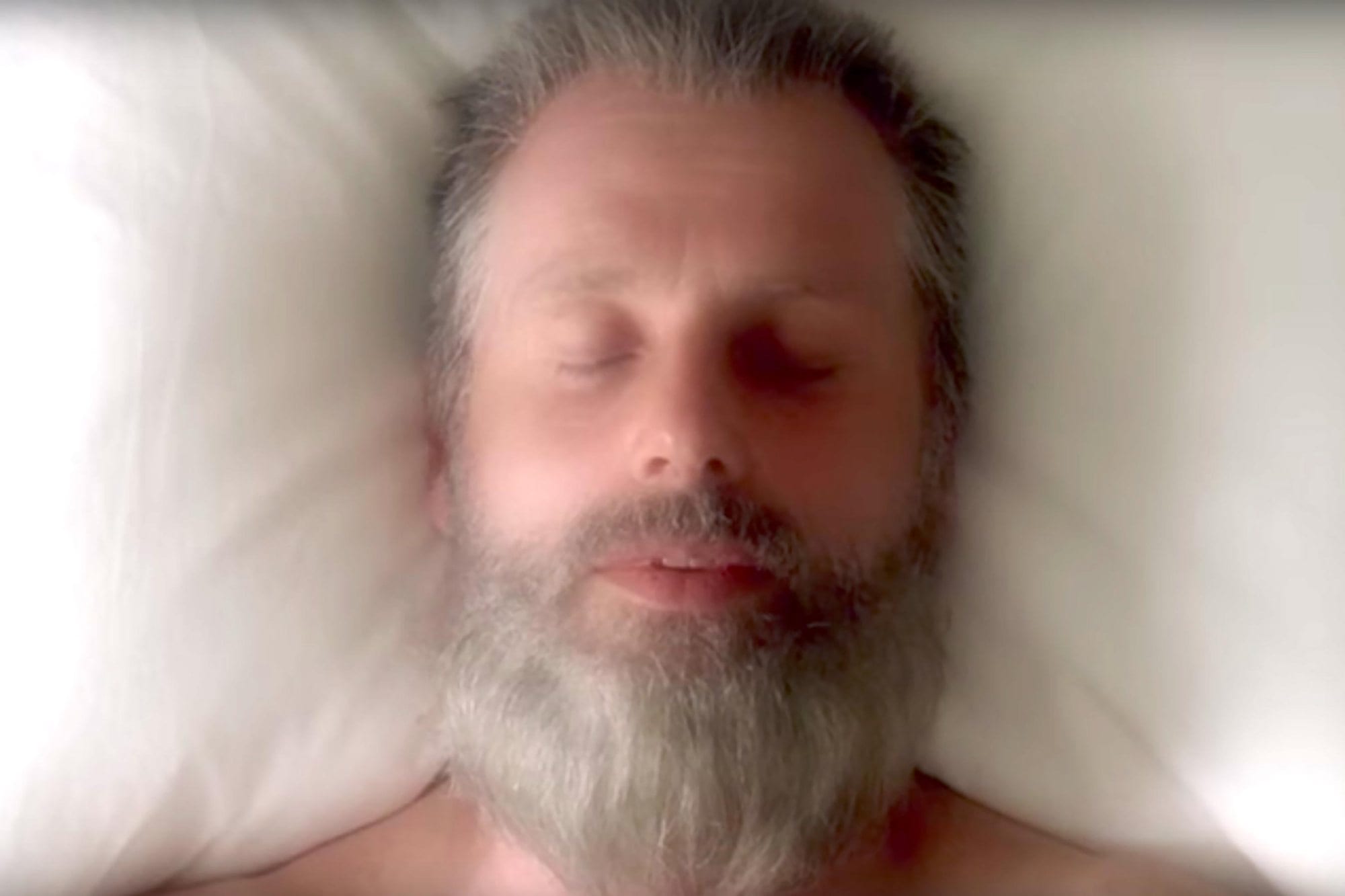 If you are one of the astounding 31 million fans (and counting) who has watched The Walking Dead season 8 comic-con trailer then, chances are, you’re also trying to figure out what the heck that “old man Rick” scene was all about.

Fans completely flipped out when the action-packed 5-minute teaser ended with a blurry, dream-like sequence showing a comfortable and clean looking bedroom, a cane and Rick Grimes (Andrew Lincoln) waking from what appeared to be a deep sleep.  His face had aged significantly and his hair and glorious beard were no longer dark brown but gray which clearly showed that a significant amount of time had passed.  But where, exactly, does this fit into the current timeline of the series?  Is this some type of an alternate flashback to Rick waking up in that hospital bed during the very first episode of the series?  Or, perhaps, this is a depiction of a time jump ahead to some point in the future, an event which does actually occur in the comics?

The Walking Dead creator Robert Kirkman offered some words of clarification (kind of) to press after the Television Critics Association (TCA) panel.  When asked about the apparent time jump, Kirkman used this as an opportunity to further confuse and tease all of us.  He said:

“Or was it the time jump? I don’t know, maybe it was Rick waking up from his coma. Wouldn’t that be weird?”

Assuming this isn’t the ultimate let down and it’s not actually Rick waking up from his coma, Kirkman commented further on the scene:

“That is an intriguing tidbit that we did throw out there on purpose, and we’re hoping that people continue to question how it is that fits into the story line and what it is.  Comic book fans know where a scene that kind of looked like that would fall, but it also doesn’t seem like we would be getting to that just yet if you were a comic book fan, so there’s a mystery to that.”

There is one thing that we do know for sure.  We’ll find out what’s going on very early in the season.  When asked when audiences would learn more about the scene and what it all means, Kirkman responded:

“I’m pretty sure you’ll learn in the first episode what that means.”

Even though it seems like that first episode of season 8 is still a long, long ways away, October will be here before you know it!  What do you think this scene means?  Are we flashing forward or flashing back?  Let us know your theories in the comment section below.

Season 8 of The Walking Dead will return for the series’ 100th episode on Sunday, October 22 at 9 pm EST on AMC.