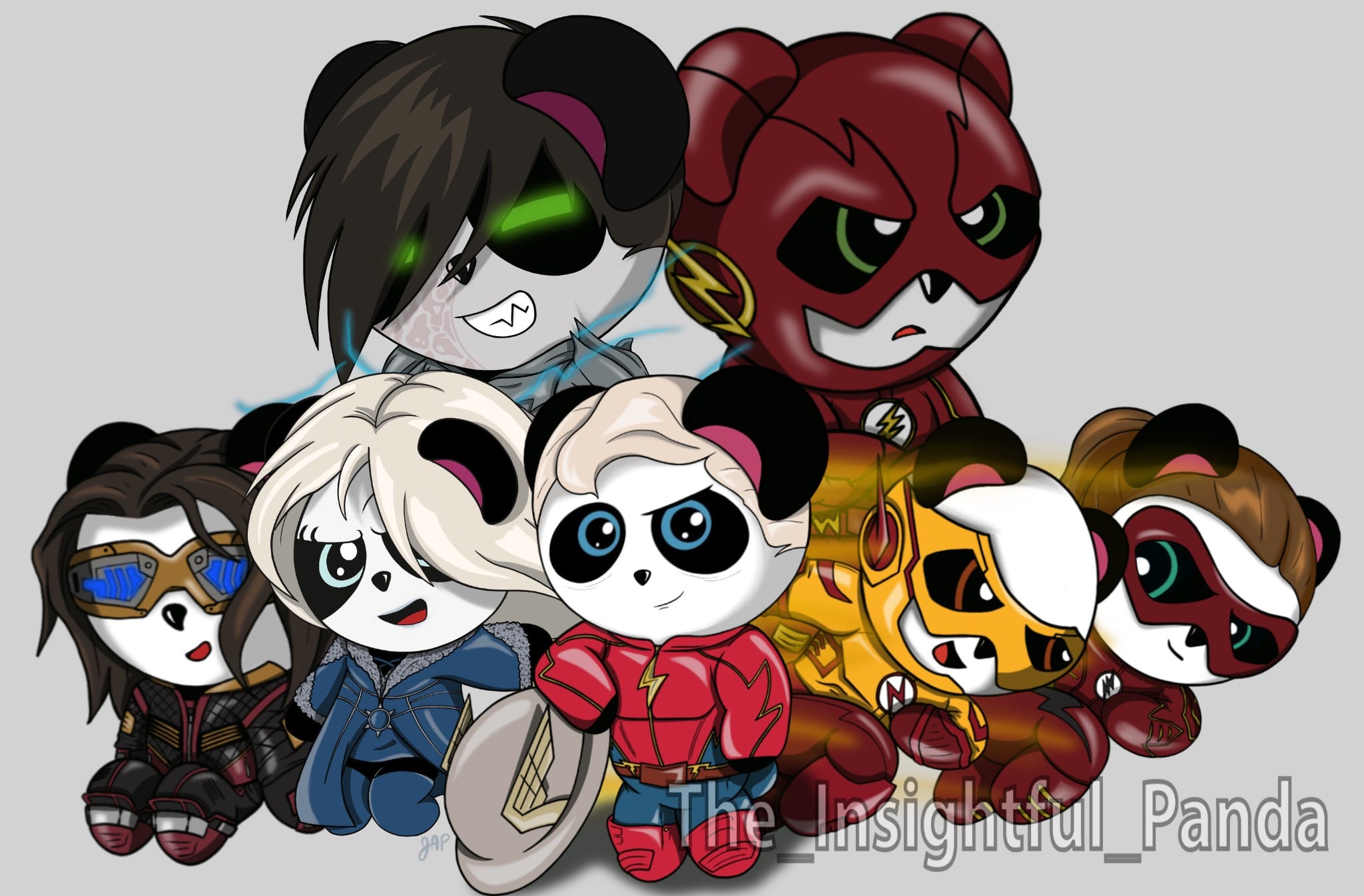 With more speedsters than ever before and a villain that took (mostly) everyone by surprise, this season of The Flash was absolute pandemonium! Or should I say PANDAmonium? Let’s face it: Pandas make everything better. And whereas I loved this past Season of The Flash, it got pretty dark at points. We saw our heroes torn apart and pushed to their limits like never before.

So while we wait for Season 4, let’s take a quick look back at The Flash Season 3; but this time with a little less darkness and a lot more Pandas!

Around this time last year, we got a sneak peak at what Season 3 held in store for us. And whereas we didn’t know if Flashpoint would be a Season long event or just an episode, there was one phrase that almost every teaser ended on: Eobard Thawne screaming “Now who’s the villain Flash! Now who’s the villain?”. In context, this of course referred to how Barry was perverting the timeline to live out his dream of having his parents back. But in the larger context of the entire season, this was a bigger teaser than any of us ever imagined. 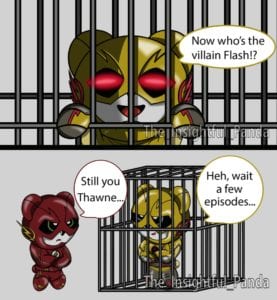 Though parallel universes and timelines aside, one of the biggest highlights of this season was how it finally brought our 3 favorite young speedsters together: The Flash, Jessie Quick and Kid Flash. It’s been quite a long road, but after last season’s second (smaller) particle accelerator explosion, we knew this was coming sooner or later. Though whereas Jessie got her powers from this explosion, Wally’s were the result of this season’s latest villain Alchemy merging parallel universes to bestow upon someone their Flashpoint powers. Confusing? Yes, but at least it gave us some great moments of the three working together. But what task would require three speedsters to overcome? 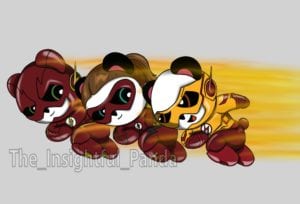 Well Alchemy might have been set up as the initial villain of the season, but he was nothing compared to the main event: Savitar. Whether you think of him as “The God of Speed” or a “Speed Force Ghost”, he was something very different for Team Flash and The Flash in general to tackle. Though if his armor and size wasn’t imposing enough as it was, Savitar moved so fast that for a while only Speedsters were able to see him. 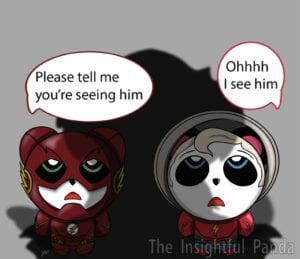 After half a season of cat and mouse, we finally got the answer to who is Savitar. Again, there were plenty of hints but it wasn’t until the final quarter of the season that we learned Savitar – the man who would one day kill Iris – is actually a future version of Barry. In retrospect, commas are really important (i.e.: “I am the Future Flash” vs “I am the future, Flash”). Now explaining the idea of Time Remnants is very time consuming – I’ve already taken a crack at it in a previous article – but the important thing to remember is that a Time Remnant is still YOU just on a different and finite timeline. This isn’t an alternate universe doppelganger, but rather a shadow of what Barry could one day become! 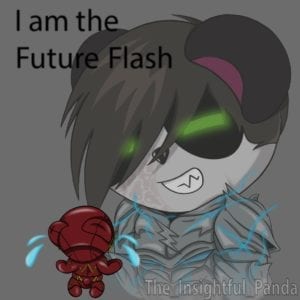 Though as scary as Savitar was, there was one villain/ not a villain that stole the season for me: Killer Frost! At first, the idea of Caitlin turning evil was awful. She’s been part of the heart and soul of this show since day one and turning her evil seemed like a needless stretch. And then Kevin Smith’s “Killer Frost” episode aired, and all of those doubts were put to rest. We still wanted Caitlin to be good, but now the idea of her turning against the team made sense. Danielle Panabaker owned every one of her performances and whether she was beating up Speedsters (Flash, Savitar, Black Flash/Zoom) or making the audience feel her pain, she was without a doubt the best part of this season! 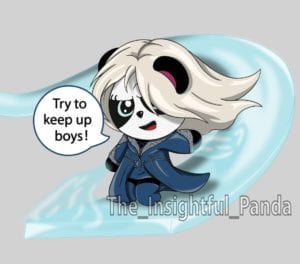 After an emotional sacrifice by HR, some quick thinking from Cisco and some great aim from Iris, Team Flash once again triumphed in the end! Cisco has completely owned his Vibe powers and was actually my second favorite thing about this season. His jokes/ meta-humor are always spot on, but it’s his love for/ friendship with Caitlin that was truly touching to see explored. I’ve said it many times before, but: if Caitlin became Killer Frost because of people trying to use her and ignore her wishes, it’s only fitting that Cisco’s genuine love and acceptance of his friend helped Caitlin return (to an extent). Where will this show go next season? Who knows, but it’ll be interesting to see the Team face off against DeVoe – their first non-Speedster season-long villain. 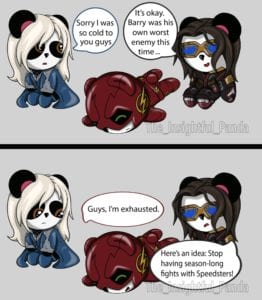 So I hope you enjoyed this panda-filled recap of The Flash. Should I try to do any more Panda-Recaps? Was there a scene you liked in particular? Sound off in the comments and Follow Me on Instagram for some more fun Panda-Art!