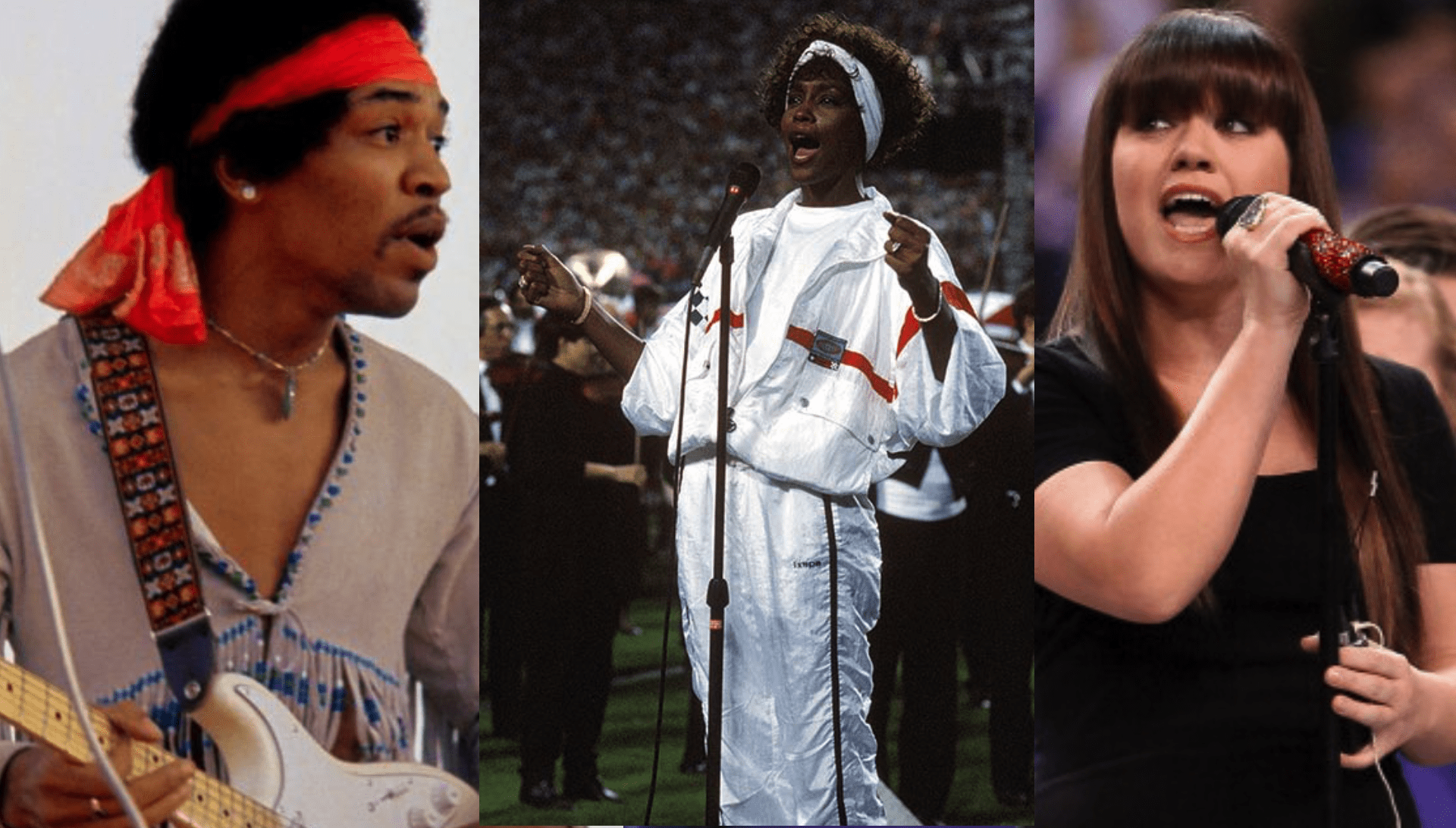 Happy 4th of July, everyone!  Today, as we celebrate America’s Independence Day, here at Fan Fest News, we are taking a minute to appreciate the nation’s national anthem, The Star Spangled Banner.

The National Anthem has become a traditional way to kick off pretty much any sporting event and, on special occasions, some of the music industry’s most prominent talents have performed the song.  Today, in honor of the 4th of July, we chose the top 5 most rousing and patriotic versions of The Star Spangled Banner, for your listening and viewing pleasure.  Check out our list below and see if your favorite rendition made our top 5:

This year’s NHL playoffs were exciting both during the game and before!  With the Nashville Preditors being Stanley Cup contenders, The National Anthem performances during their home games became a parade of Country Music superstars.  While there were several amazing performances during the postseason playoffs, the rendition performed by the group Little Big Town during Game 3 certainly was a  standout.  The group is known for their sweet and smooth harmonies which made their performance top notch.

In her early career, Lady Gaga was an artist who turned heads more for the crazy outfits she would wear instead of for her vocal ability.  In recent years, starting probably with her beautiful tribute performance to The Sound of Music at the 2015 Oscars, she is being recognized more and more for having an absolutely killer voice.  At Super Bowl 50, Gaga stunned the world with her strong, passionate and theatrical performance of The National Anthem while staying true to her reputation of wearing standout outfits.  Due to NFL restrictions, we can’t post the YouTube clip directly on the site but, you can click HERE to watch her stirring rendition.

The original American Idol Kelly Clarkson is one of the most successful musicians to emerge from the reality singing competition.  At the 2012 Super Bowl, nearly a decade after her American Idol win, Clarkson continued to show off the vocal ability that won her the title. Due to NFL restrictions, we can’t post the YouTube clip directly on the site but, you can click HERE to watch her stirring rendition.

Jimi Hendrix’s 1969 performance of The National Anthem remains, to this day, one of the most iconic renditions of the song ever.  Hendrix and his band weren’t supposed to take the stage until much later in the day, however, due to technical difficulties, bad weather and several other acts canceling, he took the stage with his band early.  At the peak of the Woodstock, nearly 500,000 people attended the festival, however, when Hendrix took the stage and delivered this iconic, era-defining performance, only about 180,000 were in attendance.

Whitney Houston’s incomparable performance is widely regarded as the absolute best rendition of The National Anthem of all time.  Houston’s performance came during the 1991 Super Bowl during the height of the Persian Gulf War and at a time when patriotism and nationalism were at their strongest.  Her powerful and rousing vocals were second to none and her performance even made it to the Billboard Hot 100 charts.  To this day, her performance remains the standard which all other performing artists are held against.

What do you think of our top 5 list?  What other performances would you include?  Let us know your thoughts in the comment section below.