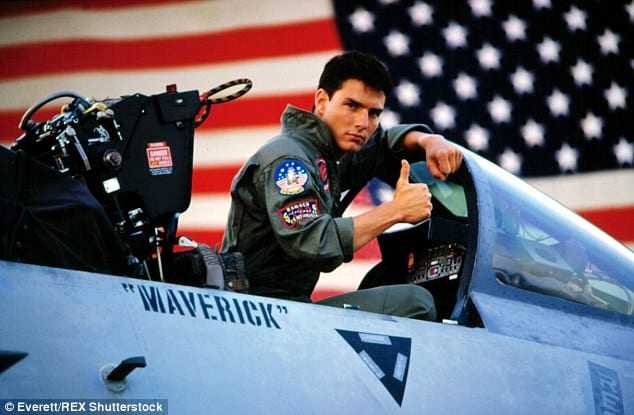 The upcoming sequel to Top Gun has finally received an official release date.  The film will be hitting theaters on July 12, 2019.  It was also announced that Joe Kosinski would helm the project.  Kosinski has previously worked with Tom Cruise, who will be reprising his role from the 1986 original classic film, on the 2013 film Oblivion.

It’s been a little over a month since  Cruise announced the exciting news on an Australian morning show called Sunrise after one of the hosts asked him about circulating rumors of a potential follow-up to the classic film. Cruise confirmed that he expects to begin filming sometime within the next year!

During a recent interview with Access Hollywood, Cruise discussed some more details regarding the upcoming sequel.  He revealed that the film would look the same, stylistically and have the same tone as the original classic.  Cruise promised big, fast machines, aircraft carriers, and jets, lots of jets!

Cruise also dished on what he thinks the title of the new sequel will be.  In the interview, revealed the title would center around his iconic character and would be called Top Gun: Maverick.

Jerry Bruckheimer, who is signed on as a producer for the new film, officially announced the news of the release date and director via Twitter though, he simply refers to the film as Top Gun rather than Top Gun: Maverick.  Bruckheimer also produced the original film as well.

Excited to make it official. Joe Kosinski is on board to direct. And Top Gun is coming to theaters July 12, 2019. #TopGun #Maverick pic.twitter.com/pu6RKSVKJO

In January of last year, Bruckheimer also hinted of his involvement with the project when he tweeted that he had just met with Cruise in order to discuss a sequel film:

Just got back from a weekend in New Orleans to see my old friend @TomCruise and discuss a little Top Gun 2. pic.twitter.com/vA2xK7S7JS

This is some exciting news for Top Gun fans as the film is currently the only blockbuster to snag that release date so far.  The Top Gun sequel will be released into theaters the week after the sequel for the upcoming Spider-Man: Homecoming sequel is released.

Are you excited for the upcoming Top Gun sequel?  Let us know your thoughts in the comment section below.

Also, we’d like to take some time to wish Tom Cruise a very happy 55th birthday!  The iconic actor celebrates his birthday on Monday, July 3rd!