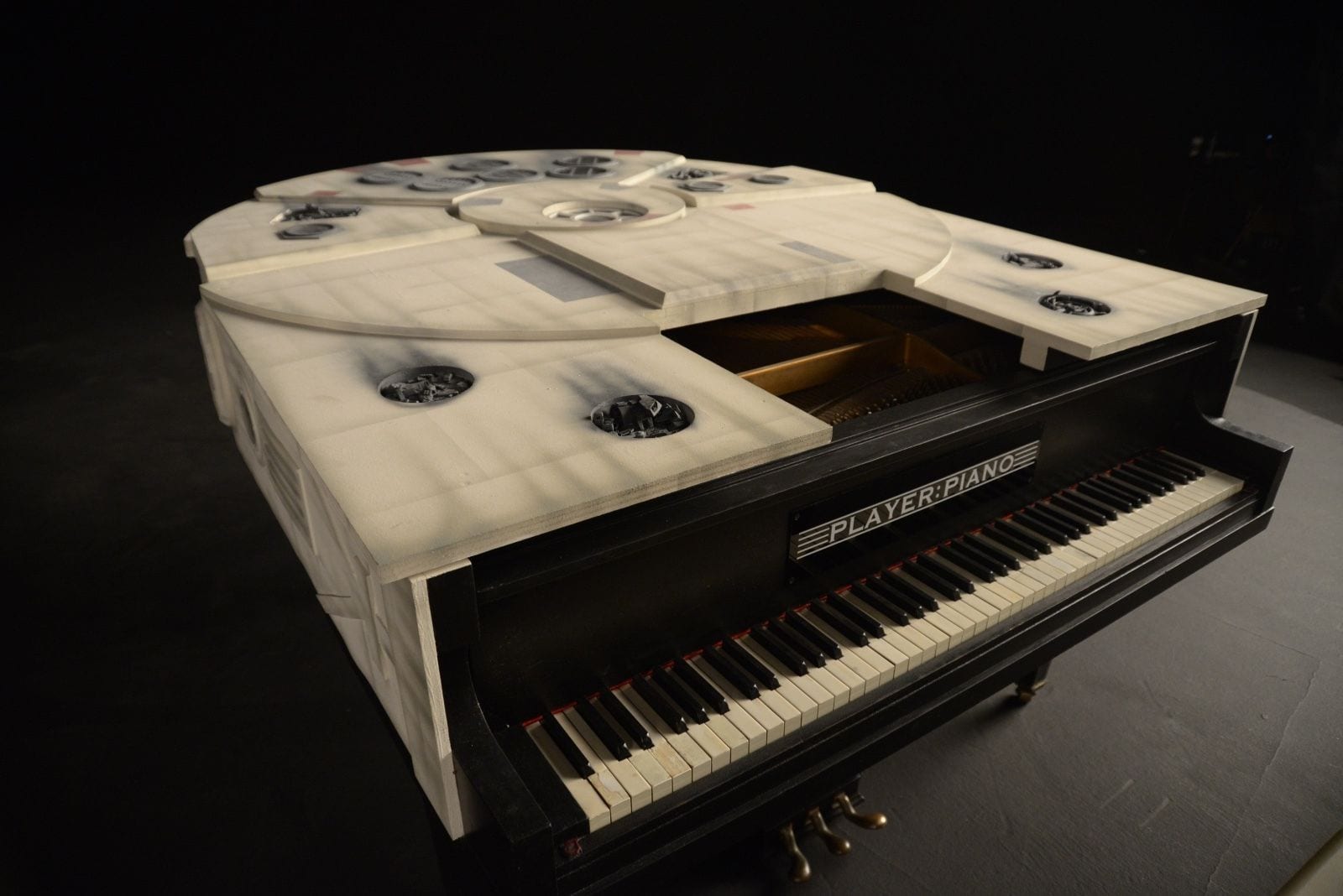 Star Wars super fans and avid memorabilia collectors, listen up because this is one of the coolest pieces of collectibles that we’ve seen in a long time!  If you thought the Golden Darth Vader mask was pretty cool, you are seriously going to love this.

Right now, there is an auction happening on eBay for a one of a kind Star Wars collectible.  It’s like nothing else we’ve ever seen before and, for the highest bid, YOU could own it.  The item is a custom built and modded piano transformed to look like the Millennium Falcon, complete with lights and all.  The best part about it is, the piano actually still plays too!

The eBay post explains that this piano was build and used specifically for a musical performance video called the Ultimate Star Wars Medley.  The instrument still works but may require some tuning.  While it won’t sound like a concert hall caliber of instrument, the ad says that for the average player (or listener) the sound will be just fine.

Millennium Falcon Inspired Piano built by the Player Piano team for use in their Ultimate Star Wars Medley Video, this one of a kind piano is an amazing piece for any Star Wars Fan. We’d keep it ourselves except that we have several custom pianos at the moment and not enough room to store them.

“Piano was built for and used in Player Piano’s Ultimate Star Wars Medley. It has been in storage since filming. It is a working piano. It will need to be tuned after setting up. NOTE: Though this is a working piano, this is a film prop. It won’t sound like a steinway but for the average piano player it will sound great.”

The instrument looks awesome!  This is one of those times when I wish I had a bigger apartment.  The auction is still running for 4 more days so, you still have a chance to own this one of a kind collectible.  There are currently no opening bids but the suggested price for the start of the auction is $7,500.  Shipping, of course, is not included.

Check out the pictures of this awesome item below and, you can also see the Star Wars Medley video too!  What do you think of this collectible?  Would you place a bid?