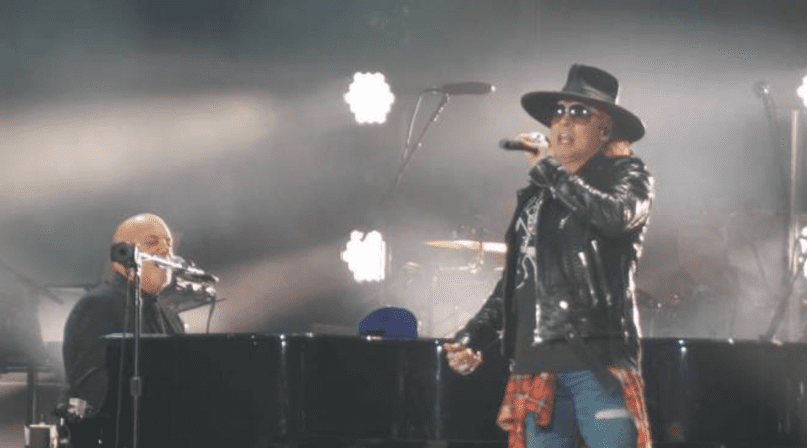 Joel began describing the song as “a spiritual song, a sacred song.” He then introduced Rose. Rose sang vocals while Joel played guitar.

They have both performed Highway to Hell several times. Joel has played it 178 times through the years, even with AC/DC singer Brian Johnson. When Johnson was medically barred from finishing AC/DC’s tour due to hearing loss, Rose stepped in to complete it.

Rose reprises his role as lead singer of Guns N’ Roses as they kick off the overseas leg of the Not in This Lifetime tour. The band will return to North America in July for 16 dates. For more info on  full show schedule and tickets, check out their website.