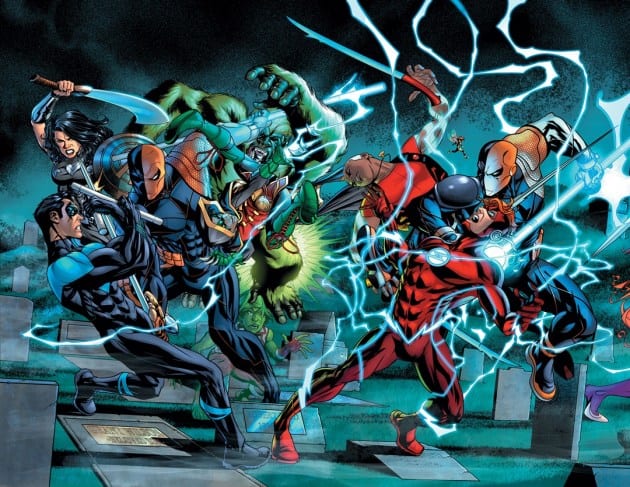 Geeklings, how we doing on this super fantastic New Comic Book Day?! I had the misfortune of waking up in the middle of the night and as I started to fall back asleep I said to myself, “at least it’s Thursday”, at which point my mind jumped in and said “nope, just Wednesday”. There was a legit moment where I had to swallow disappointment but my mind came to the rescue as it whispered, “that means new comic books”, and just like that I was able to fall back asleep. Is there anything new comics can’t do?

I for one am having a slightly disappointing New Comic Book Day *gasp*. No it’s alright, the day has been just fine, any day I get new comics is an excellent day, it’s just that I thought the fourth part of the “Button” crossover was coming out today and I was pretty pumped for that. Guess I’ll just have to wait till next week (womp womp). Other than that my pull list was rearing to go and I expect you’re looking to fill yours up. Here is the list you’ve been waiting all day for. 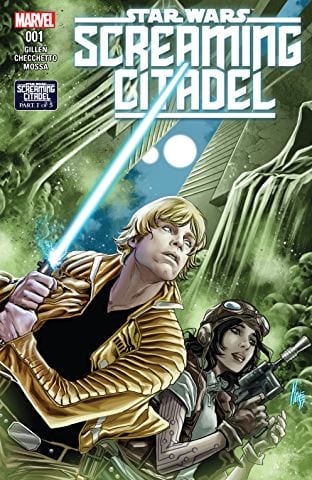 1. Star Wars: Screaming Citadel #1– We haven’t had a Star Wars comic crossover since “Vader Down” wrapped which means we were way overdue for “Screaming Citadel” which gets Kevin’s favorite title of the week award. Color me excited for this five part series which will see Luke Skywalker and Doctor Aphara team up, here’s hoping it plays off like a buddy cop story, which sounds like ten pounds of awesome in a five pound bag. Marvel’s introduction of Doctor Aphara is easily one of the best additions to the Star Wars canon in quite some time, and the comics have helped give me a further appreciation for Luke (should have finished Jedi school man). These two characters playing off each other has a great deal of potential and could lead to some very interesting story telling as the Star Wars universe continues to expand. Anyone else want to see Doctor Aphara show up in a movie or something? Maybe Rebels? Someone make this happen please and thank you. 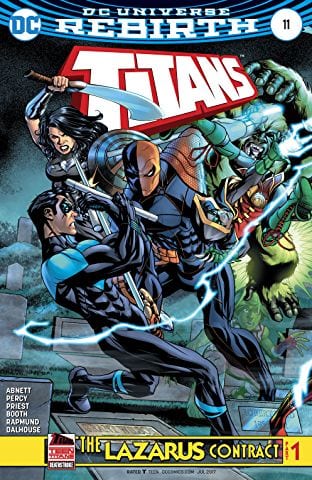 2. Titans #11– Some could make a case for the “Judas Contract” being one of the best Teen Titan stories ever told, or at the very least, one of the best Deathstroke stories ever told. It even just saw the animated movie treatment, re-introducing it to the world, which means it must be time for a sequel. Usually I’m a bit skeptical of sequels that seem like cash grabs but there’s something about “The Lazarus Contract” that has me thinking otherwise. The return of Wally West to the DC Universe leaves the door open to a number of things and Deathstroke seems to be thinking that if Wally can come back so can his son. With the hope of bringing his son back from the dead expect Deathstroke to be in full ass kickery mode. This crossover will span across Teen Titans, Deathstroke, and the Titans Annual so settle in and get ready for what should be an action packed ride. 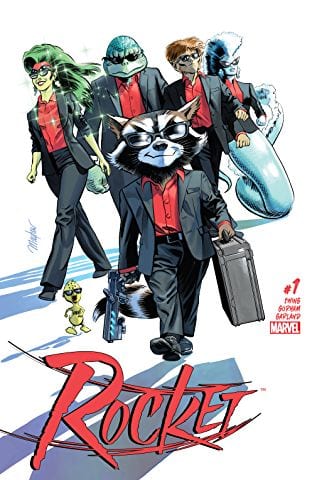 3. Rocket #1– We had to know that with the release of Guardians Vol. 2 that a number of these characters would be getting their own books, and a week removed from the movie’s release we get our first issue of Rocket. Rocket Raccoon is no stranger to his own solo series (I was a huge fan of Skottie Young’s book) and this series looks to take him back to his space robbery type roots. Look as this issues pulls Rocket back into the criminal underground where tons of space hijinks should be present. Plus, I kind of picked this book because I loved the nod to Reservoir Dogs. I’m a simple man Geeklings. 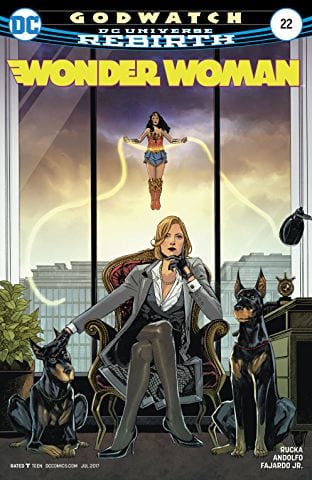 4. Wonder Woman #22- Over the weekend DC released their final trailer for the upcoming Wonder Woman movie and all I could think was, “please don’t suck, please don’t suck, please don’t suck…” DC needs this movie to be all types of fantastic as it will help to alleviate some of the pressure off of Justice League (which I’m not very impressed with at all) and seriously I think that movie can use all the help it can get. I will tell you what doesn’t suck though and that’s the Wonder Woman comic series. Week after week after week (it seems) I’m here telling you guys how good this series is and at some point I think you guys will listen to me. Hopefully you have already. If you can’t wait till June then read a comic, for the love of god, and get yourself even more hyped. 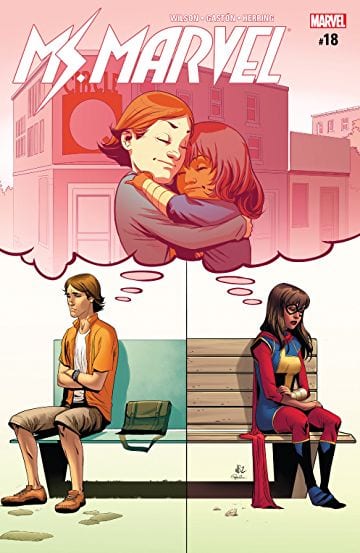 5. Ms. Marvel #18- It has been a pretty rough year for Ms. Marvel. Civil War II did not go as planned (and as a fan of comics I could say the same thing) and she not only lost her mentor (Captain Marvel) but her best friend Bruno as well. Since then I kind of feel like Kamala has been a kite with an endless string looking for someone to anchor her home. Yeah I know, that was pretty deep. That’s right, I can tap into the feels. Bruno finds himself in Wakanda sort of blaming Ms.Marvel for all his troubles and I guess losing a hand will do that to you, but he does want to return home. The only thing is he just can’t find it in himself to forgive Kamala. This issue looks to center on Bruno’s perspective and hopefully will start to heal the wounds between the two. I really liked their friendship, and since the Miles Morales thing doesn’t look to be happening, I guess I can ship these two. 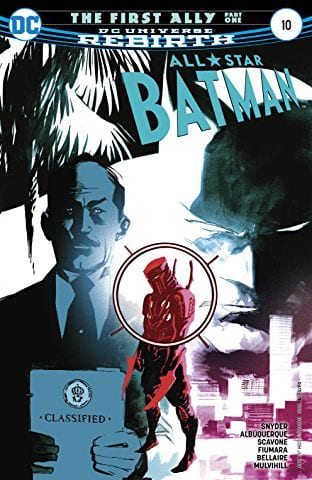 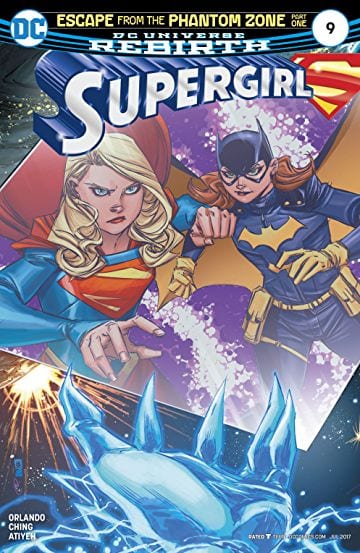 There you have it Geeklings, these are the books I think you should be reading this week. I see I went a bit DC heavy this week which I’m cool with. They’ve got better books this week. If you feel that I have left anything off the list by all means sound off in the comments below. You can also find me on Twitter @iamgeek32 if you want to talk more comics with me. Until next week Geeklings, happy reading and many huzzahs!