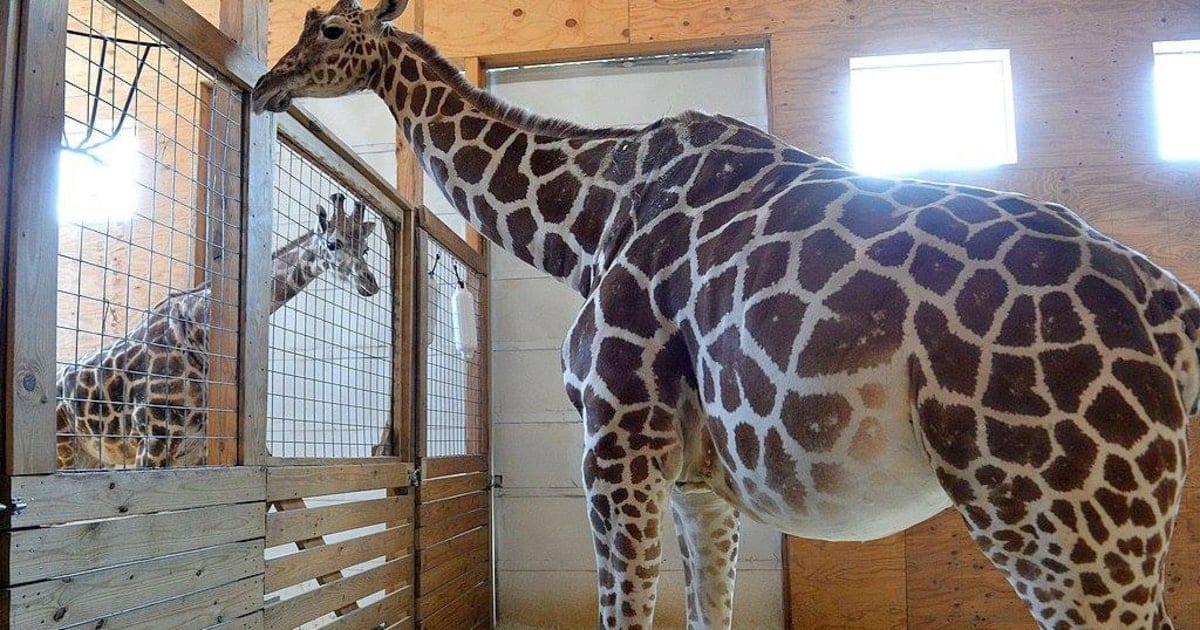 The world has waited MONTHS for this very day but, it’s finally here! April has finally begun to give birth and you can watch LIVE!

If you’re not familiar with her, April is a 15 year old giraffe living in the Animal Adventure Park in Harpursville, New York. She has been pregnant for 16 month, just over the normal gestation period for a giraffe.

Several months ago, the Animal Adventure Park set up a live stream camera claiming she would give birth any day. Almost instantly, the live feed became a viral hit. As thousands watched, days turned into weeks, weeks into months and now, here we are. We’ve finally arrived at the day which so many have waited for.

In the live feed below, you can see April in her pen with the baby’s front hooves beginning to crown. The proud papa Oliver, a 5 year old giraffe, looks on in the background.

This is pretty amazing stuff! Check it out! While we watch and wait, who can tell us just exactly what sound a giraffe makes anyway?