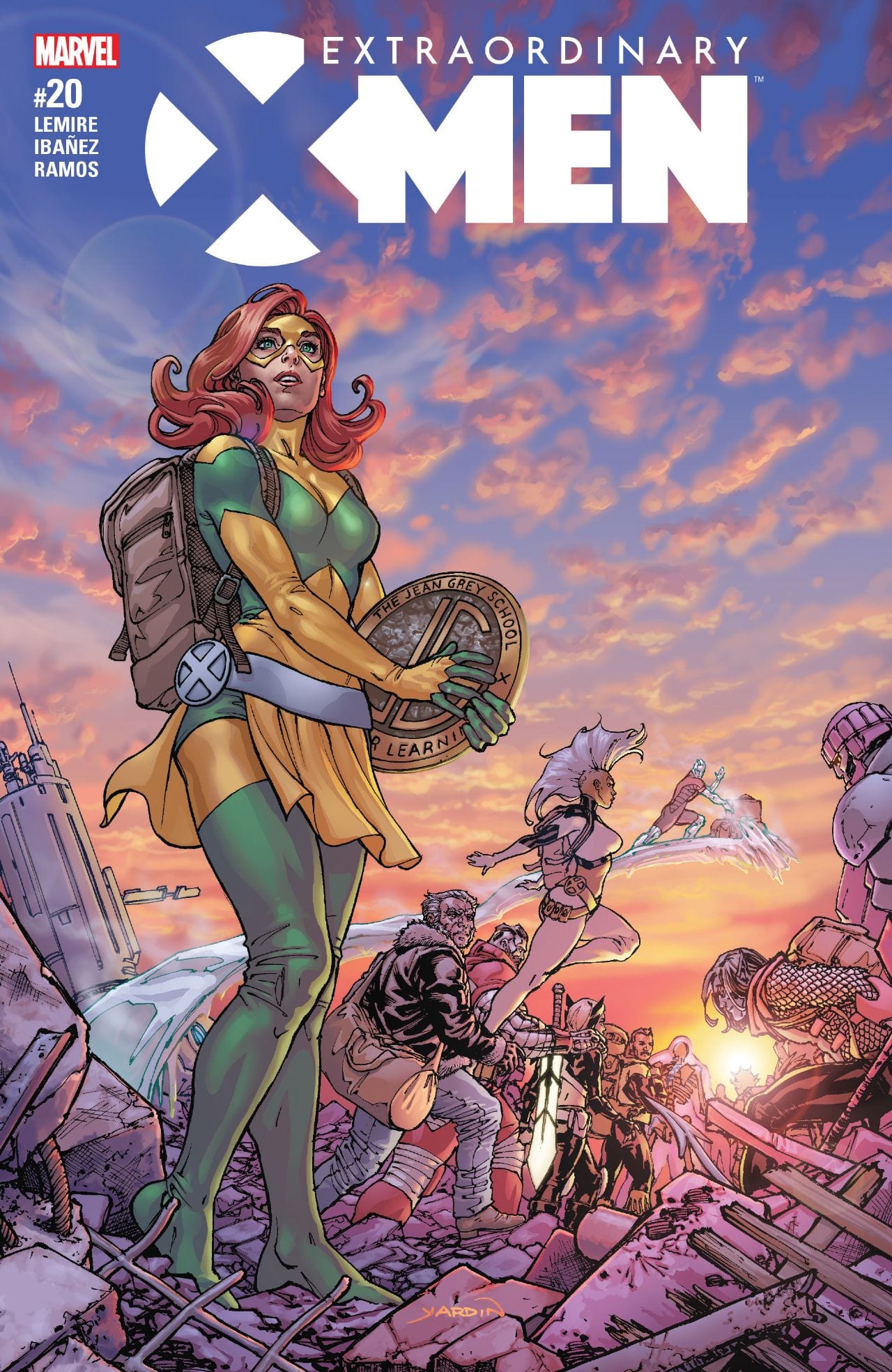 Geeklings! What is going on? Welcome to another edition of The Pull List where the comic books are fresh and the banter is cheeky. That’s right, I said cheeky. How is everyone on this fine Wednesday/New Comic Book Day? You ready for some new comics for your eyeholes? Of course you are because what is a Wednesday without new comics? I’ll tell you what it is my friends, a bleak and hopeless place. There are plenty of books to get all types of excited about and as much as I’d like to stay here and chit chat with you, I feel like just jumping into them.

What do you say? Well, nothing. That’s the problem with writing it tends to be a one sided conversation. I’ve already asked the question but you can’t respond until the column is complete. It becomes sort of a paradox. Yeah, throwing some real heavy shiz at you this week. You’re welcome.

Sorry, I did say I was going to cut the chit chat. It’s Wednesday and it’s time to talk comics. 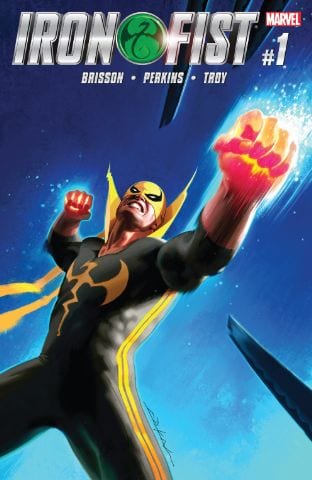 1. Iron Fist #1– You had to know this was going to happen. The release of the new Netflix series, which I still haven’t had the time to watch (ugh), sees the return of Iron Fist to his very own solo series. Before this release if you wanted that Iron Fist goodness you had to turn to Power Man & Iron Fist (which is a fun read), but now you can just focus on all that Danny Rand kung-fu action. While the Netflix series has not received the most excellent reviews (eeep) here’s hoping that the comic book fires on all cylinders. The book centers on Danny pushing himself to his breaking point while his powers possibly fade. Life as he knows it has been turned upside down, and because life is fair, something nefarious may be coming his way. You have my attention… 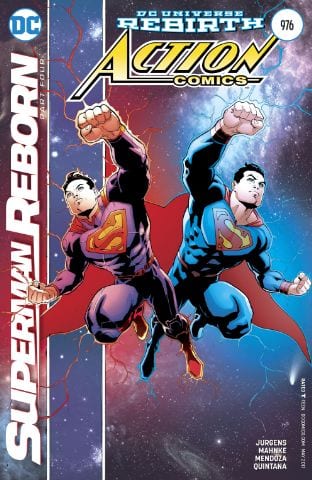 2. Action Comics #976– The “Superman Reborn” story arc reaches it’s conclusion this week and it promises to flip Supes world upside down. Yeah, I know there’s been a lot of upside down flipping in the world of Superman lately but “Superman Reborn” seems to really mean it. I have to admit that this is one of the better Superman stories in awhile as it both humanizes Clark as a father and as a hero. I may not be the biggest Superman fan but even I can get on board with that. Curious to how this wraps and what life for Superman will be like afterwards. 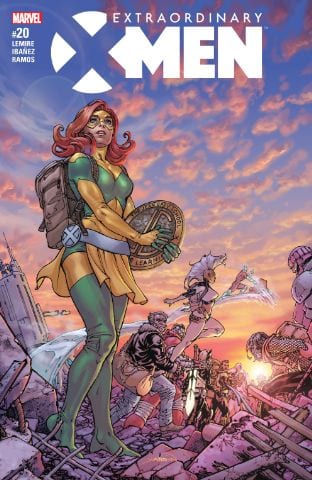 3. Extraordinary X-Men #20– I think the war with the Inhumans is finally over. I think. Is it me or has this thing seemingly been going on for-ev-er? With April looking to bring a resurgence of X-Men titles, it’s time for Marvel to shift away from the Inhumans feud and let the X-Men re-find their place in the Marvel Universe. For those who’ve said, and I think quite correctly, that Marvel was ignoring the X-Men this should be a really exciting time for you (us). What better way to get things started than with Jean Grey (my personal favorite X-Men) who currently doesn’t understand her role within this team. I’ve always felt that Jean is the most powerful mutant out there and her sense of not belonging can be seriously dangerous for the rest of the team. Here’s hoping that the rest of the crew can calm her nerves and get her focused before we have ourselves some Phoenix problems. 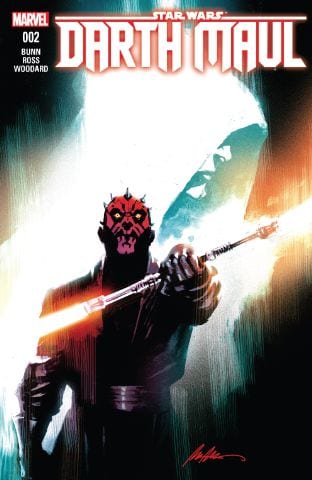 4. Darth Maul #2–  It’s been a pretty busy week for the best character to come out of the prequels. It started Saturday (I know that’s technically last week but hush your faces) with his appearance on Rebels and his face off with Obi Wan (no spoilers I’m behind in Rebels). That busy week continues with the second issue of his very own prequel series. That’s right a prequel character is getting his very own prequel series. Yeah, wrap your noggins around that. Issue one didn’t get the best of reviews but here’s hoping issue two can pick it up a notch. For those curious to how Maul came to the Emperor this is the story you’re looking for. On top of that check out this cover, doesn’t it look like Maul is about to commit the world’s most epic mic drop? 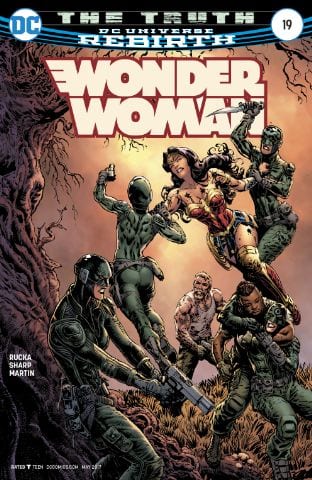 5. Wonder Woman #19– I think someone is about to shake off a case of the crazies. Wonder Woman has been having a tough go of it lately as her world is being completely ripped apart, but things look to finally be turning themselves around. Phew! It’s time for Wonder Woman to start unraveling what brought her to the crazy house and to kick some A double crooked letter. Seriously, just read this. I say it every time. Listen to me. 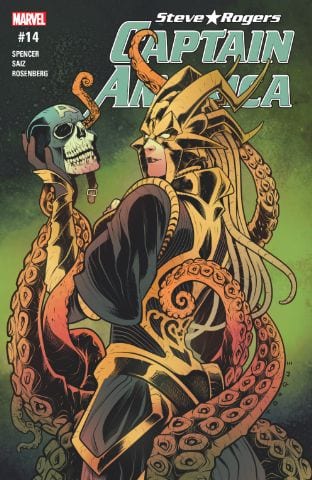 There you have it Geeklings. I know there are no independent titles this week but there was just too much good going on between the big two to be ignored. As always if you feel like I left a real bitchin’ book off the list you can post it on the comments below. Or you can find me on Twitter @iamgeek32 if you’re into that kind of thing. In the mean time, happy reading and many huzzahs!